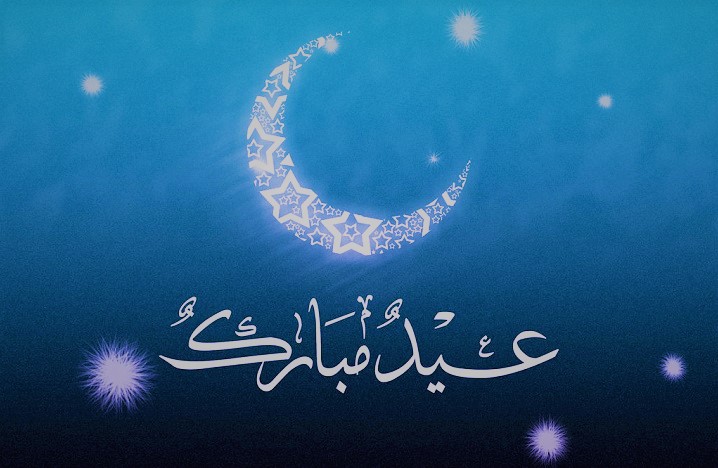 We are pleased in the Media Office of Hizb ut Tahrir in Wilayah Syria to present to all Muslims in general, and especially to the people of Ash-Sham, the warmest greetings on the onset of the joyous Eid Al-Fitr, asking Allah Almighty; to accept your fasting, night prayers, and all your acts of obedience, and to hasten the victory and empowerment for us, and to crown Ash-Sham’s revolution with a Khilafah Rashidah (rightly-guided Caliphate) upon the method of the Prophethood, indeed Allah is the Guardian and the One capable of it.

We all know the extent of the distress that Muslims live under the shade of the oppressive rule. Al-Aqsa Mosque the first of the two Qiblahs and the third of the two holy mosques, is still moaning under the brunt of the Jewish entity. Muslim countries are still easily accessible to the enemies of Islam. Ruling by other than what Allah Almighty had revealed for more than a hundred years, and the country has turned into an unbearable hell, until the Muslim became a stranger in his land, and Islam became a stranger among its people; after it was removed from life, the state and society, rulers who were agents of the Kafir West dominated it, and made them functional states to achieve its interests at the expense of the interests of Muslims, but this matter will not last and will not prolong, by the will of Allah (swt), for Allah (swt) has promised us succession, empowerment, security and safety, and He (swt) said:

“Allah has promised those of you who believe and do good that He will certainly make them successors in the land, as He did with those before them; and will surely establish for them their faith which He has chosen for them; and will indeed change their fear into security—˹provided that˺ they worship Me, associating nothing with Me. But whoever disbelieves after this ˹promise˺, it is they who will be the rebellious.” [An-Nur: 55].

The Messenger of Allah (saw) also gave glad tidings for the return of the Khilafah Rashidah upon the method of the Prophethood, so he said in the hadith that Imam Ahmad narrated in his Musnad which ended with:

“…and then there will be Khilafah upon the Prophetic method” and then he remained silent.”

So trust in the promise of Allah the Almighty, and be optimistic with the glad tidings of His noble Messenger (saw), and work earnestly with the workers to establish the Khilafah Rashidah upon the method of the Prophethood as its sun is about to rise again, and that is not impossible for Allah (swt).