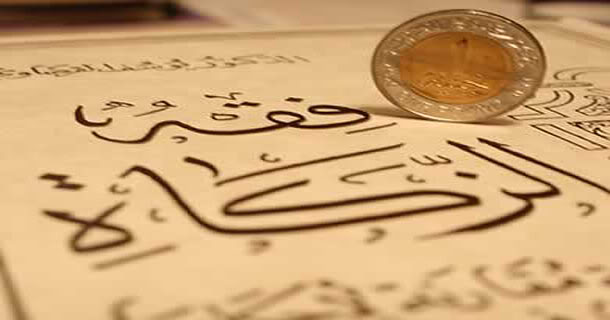 Every year when Ramadan starts, Muslims rush to gather rewards. As we believe that reward is multiplied 70 times in this month, so Ramadan has become the month of collection and distribution of Zakat. Zakat is a personal individual duty (Fardh Ayn) on every Muslim who is the owner of the minimum amount (nisab) for the period of one year. Once a Muslim falls under this category, s/he cannot be excused from it. The Ummah understands and knows the seriousness of the Zakat; this is why Muslims start the distribution of it in Ramadan. Zakat is one of the worships (‘Ibadat) and a basic element (Rukn) of Islam like prayer, fasting and Hajj. So, like all the other basic elements, establishment of this hukm also becomes the state’s duty. Zakat is paid whether it is on livestock, crops and fruits, currency or working capital to the Khalifah or his representative. Absence of the Khalifah has totally corrupted the zakat collection for this Ummah. Once again, we see people having Iman and will of obedience give zakat but not knowing how and where to execute the Ahkam. Allah (swt) says,

“Take, [O, Muhammad], from their wealth a charity by which you purify them and cause them increase, and invoke [Allah’s blessings] upon them. Indeed, your invocations are reassurance for them. And Allah is Hearing and Knowing.”

In the same way, the obligation of zakat is clearly defined by the fixing of the nisab, and the conditions for deserving the zakat are also clearly described. The issue of the collection and the distribution of zakat face Muslims nowadays which, as frequently, is not being done by the sharia defined rules. Zakat, unlike other sadaqat, has to be collected by the state and delivered to bayt ul maal for the distribution in the correct manner to the described eight categories.

In the Muslim Ummah, there are only a few countries, including Pakistan, Malaysia, Singapore, Indonesia and Brunei, where zakat is collected by the state but the criteria for the collection is not from Islam. The only check that the state can keep is on its cash that is lying in the banks. And then where this money is spent is a separate story. How can the rulers who are usurpers be the guardians of this precious ibadaa? Many years after its introduction, it seems that the zakat system under the control of governments today has produced just a weapon to gain political mileage and another source of collecting money instead of considering it as a fulfilment of an obligation. Because of the absence of the Khilafah (Caliphate), there is no one to calculate and to collect the Zakat in the way Allah (swt) has ordered.

People do their own calculations and multiple groups set up their camps for collections. There is no one to check on these institutions. Sometimes, these groups carry out charity work according to their own benefits and political interests. This is the reason that the poverty rate every year gets worse than before even though if the amount given in charities is calculated, it would turn out to be tremendous.

We see Muslims all over the world in pain and misery. We see them drowning in search of refuge and shelter, we see them hungry, and in need of clothes and other basic needs as well as in need of being physically protected. And alongside this, we see huge amounts of money going in zakat to the government and non-governmental organization fulfilling what is needed, but only Allah and these corrupt people know the amount of this money. Honest Islamic rulers under the Khilafah of the past brought prosperity to the people. Furthermore, if the Islamic economic system is implemented properly, business flourishes in the trade and agriculture sectors; the result will be increased revenue and that would mean an increase in Zakat.

Zakat overflowed occurred during the reign of Caliph Umar bin Abdul Aziz as it was said that almost all of the people in North Africa were not eligible to be the recipient of zakat. Yahya bin Said, who was governor over the area at the time, said: “I was sent by Umar bin Abdul Aziz to collect zakat from Africa. After collecting it, I intended to give it to the poor people. However, I did not find one.” Umar bin Abdul Aziz ensured that all the people had their needs met during that time whilst also creating prosperity in the lands of the Khilafah.

What is notable nowadays is that there is no compulsion for the collection of zakat; whoever wills, can avoid giving it. Regardless of this, large sums are collected and distributed. Imagine when people won’t be able to avoid this obligation – how much wealth will be available to spend on those who are in need of it!

This Ramadan marks another year when the Ummah has been without its shield and when the fulfilling of the Ahkam Shariah with purity stays impossible. Once again, the Ummah is left to manage its own affairs without any true guidance and once again the result is physically and spiritually exhausted, people who have been pushing themselves to do the things which would have been so easy to perform if the Khilafah was there. Let us put our efforts together and also pray that we see next Ramadan under the shade of the Khilafah, prospering and striving; a time when attainment of Allah’s pleasure is not made difficult and people will enjoy the fruits of justice and truth.