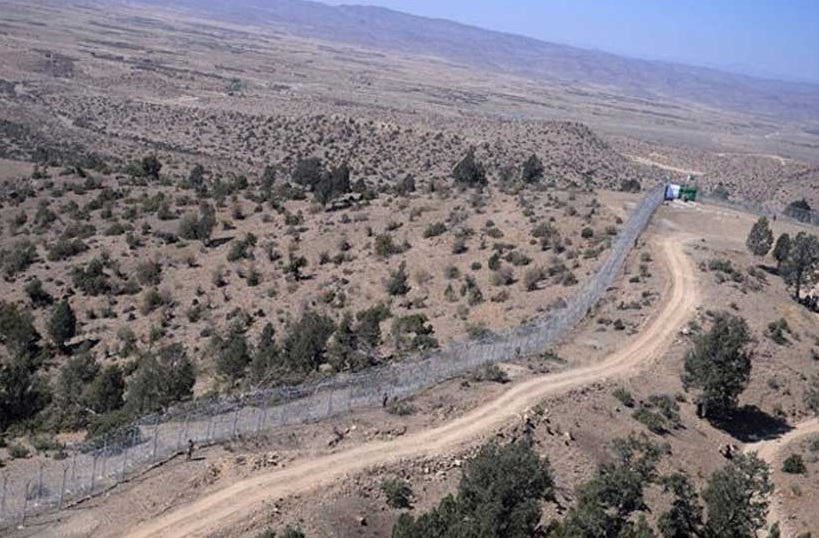 Today, 7 Muharram 1443 AH, 15 August 2021, Muslims erupted in joy as Afghan mujahideen marched into Kabul, whilst the US hastily evacuated and the Western puppet Ashraf Ghani fled. Thus, a few thousand, poorly-armed mujahideen, trampled over the arrogance of a third colonialist power under their feet, just as their predecessors did against Soviet Russia and the British Empire previously. There is a momentum now to ensure the US regional infrastructure is uprooted completely, such that it can never grow back again, just as the British Raj and Soviet Russian occupation never did, after troop withdrawal.

It is the time to give the collapsing American colonialist Raj a final push.

There is a momentum now to demand the refusal of the ALOC and GLOC supply lines that pass through our skies and our soil, for they are the vital life-lines for the disruptive US regional infrastructure. As long as Pakistan’s rulers keep the US supply lines open, the destructive US presence will remain and grow back.

There is a momentum now to demand the closure of the intelligence spy-posts in the US embassy in Islamabad and the US consulate in Karachi. They are the intrusive eyes that are wide open twenty-four hours a day, seven days a week, without which the entire US infrastructure would be blind. As long as Pakistan’s rulers allow the US spy-posts to exist, our sensitive military and intelligence communications are all compromised, enabling the US to remain in our region.

There is a momentum now to demand the end of facilitating negotiations between the US, its proxies and the Afghan mujahideen. It is a devious style of the kuffar to offer Muslims negotiations to inflict losses upon them and extract concessions from them, when they know that the Islamic Ummah can seize its full right on the battlefield, without any concession or loss. As long as Pakistan’s rulers continue to facilitate talks, it is a way for the enemy to enter the fortress from the back door, after it had left through the front door.

It is time now to give the collapsing American colonialist Raj a final push, by demanding an end to all military alliance and economic ties with the US, for it is an open enemy of Muslims and Islam, whilst supporting others in their enmity. We must distance ourselves from this grave sin of the rulers, so that we are distant from the Wrath and Punishment of Allah (swt). Allah (swt) said,

“Allah forbids your alliance with those who fight you because of your Deen, and drive you from your homelands, or aid others to do so: and as for those who turn to them in alliance, they are truly oppressors.” [Surah al-Mumtahina 60:9].

Know that borders between Muslim states are a colonialist style to weaken, divide and dominate us, when our strength lies only in our unification as a single state, under the banner of Islam. In our region, it is the Durand Line that left Afghanistan small and weak, prone to frequent intrusion, infiltration and invasion by the enemies of the Islamic Ummah, whether it was Russia before 1989 or India and the United States since 2001. It is the Durand Line that reduced the honorable Muslims of Afghanistan to victims and refugees in our region, through great games, conspiracies and double-games, resulting in their martyrdom in the hundreds of thousands. It is the Durand Line that built suspicion, resentment and enmity between Muslims, dividing their rows, so that the kuffar could enter between them as disrupting Shayateen, from the North, the South, the East and the West.

The proper way to prevent the enemies from entering the gates of our region in the first place, is to fortify them, by unifying Pakistan, Afghanistan and Central Asia as a single Islamic Khilafah (Caliphate) state. Indeed, our power does not lie in reliance, alliance and dependence on the enemies of Muslims, whether it is China in the East or the US in the West. Our strengthening lies only in the unification of the Ummah of Muhammad (saw) for the sake of Allah (swt), as one brotherhood and as one state, with one armed forces and one economy, under a single Khaleefah, ruling by all that Allah (swt) has revealed. Allah (swt) said,

“Those who take disbelievers for allies instead of believers, do they seek power with them? Verily, then to Allah belongs all power.” [Surah An-Nisa’a 4:139]. It is upon you now to unify your forces by tearing down the Durand Line, which divides and weakens you before your enemies, standing in one row as brothers against the Americans and Indians now, as you did against the Soviet Russians before.

Do not care for the international order or the approval of its colonialist guardians, for like negotiations, it is a trap to deny the Islamic Ummah that which you can seize for it by your sweat, blood, fire and steel in Jihad in the Path of Allah (swt). The international order is the order of the criminal states of our era, who have mercilessly exploited most of the world today, from Latin America to South East Asia. It is the order created by the evil predecessors of the current Western rulers, to contain the relentless advance of the Khilafah state, as its armies reached the gates of the Western capitals. It is this oppressive crusader order that has denied the liberation of the Blessed Land – Palestine, Occupied Kashmir and other occupied Islamic Lands for so long, despite the presence of millions of willing and capable Muslim troops. Today, blessed by the Deen of Haq, the Islamic Ummah has the abundant resources and manpower to tear down this corrupt order, granting humanity much needed relief, whilst establishing a pure order based on the commands of Allah (swt), as it did for centuries before, in the era of the Khilafah.

It is enough now of deception, lies, traps and betrayals by the current rulers of Muslims. They are a burden that must now be removed from the Ummah by your hands. Grant your Nussrah now to Hizb ut Tahrir for the re-establishment of the Khilafah on the Method of Prophethood, which will gather the Ummah’s military power and economic resources, tearing down the collapsing US colonialist Raj and establishing Khilafah’s regional dominance, on the way to become the world’s leading state. Allah (swt) said,

“If Allah (swt) helps you none shall prevail over you; if He forsakes you then who can help you? It is in Allah (swt) that the believers should put their trust.” [TMQ Surah Aali-Imran 3:160].