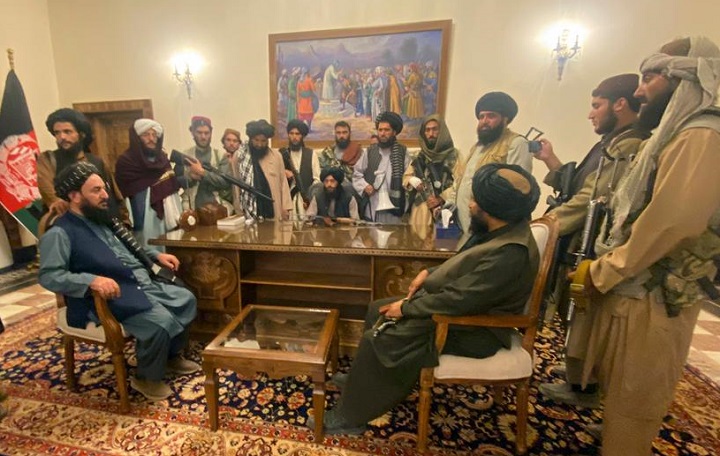 The sudden and unpredictable developments in Afghanistan have once again placed the country on a path for various political factions, tribal leaders and influential people to make a decision on the future political system in Afghanistan.

The Media Office of Hizb ut Tahrir/ Wilayah Afghanistan advises the entire political leaders, tribal influentials, former Mujahedeen, various factions, the people of power that the country is going through a historic opportunity, requiring the people to grip either of the two major choices: 1) establishing the system of Allah swt by restoring the Caliphate, and/or 2) adopting the human-made system by repeating the same bitter experiences of the past.

Currently, the US, Europe, UN, and regional countries are consulting with various Afghan political parties over a proposal of a ‘participatory system’, which would carry affixes of Islam, adherence to International law, restraint to national borders and a mixture of Secularism and Islam, that has to be approved by the International community – a system in which the faces would change but the current laws, system and structure might prevail. Grabbing such versions has led Afghanistan to be plunged into the brink of civil war, failure and political impasse over the past few decades. Alternatively, the majority of Muslims of Afghanistan are yearning for the establishment of an Islamic State and Islamic rule of law. It is indeed a great opportunity, gained after years of intellectual, political and military struggle against the occupation, and must not be frittered away by narrow-mindedness and impulsive dealings, something which was lost several times due to the mistakes of political parties and influential people.

Hizb ut Tahrir, with heartfelt respect, once again calls upon all political leaders, tribal influential people and factions to firmly reject any proposals of US, UN, and regional countries regarding the future political system of Afghanistan, and not allow the sacrifices of the Muslims (which has been aimed at restoring the Islamic Sharia) to be spoiled, bringing about no desired result. Instead, try to mobilize your energy to establish the system of Allah (swt) by restoring the Khilafah (Caliphate) – utilize the current opportunity to the fullest! In fact, Afghanistan and the region have developed a great deal of intellectual, political, economic and military capacity in their hearts, and if the system of Allah (swt) is adopted and answered to, In Sha Allah, great changes would take place in this corner of the world under the leadership of the distressed people of this land. This requires the strongmen who have faith in such an objective and show endurance against the hardships by practicing their actions based on the Shari’a ruling. It’s a great opportunity for those who want to become Ansar ullah (Supporters of Allah) and establish system of Allah, and for those who want to walk in the path of the Companions (Sahaba) and choose Jannah instead of temporary pleasures of the world. What a great opportunity for the men of wisdom!

“O you who have believed, respond to Allah and to the Messenger when he calls you to that which gives you life. And know that Allah intervenes between a man and his heart and that to Him you will be gathered (on the Day of Judgment).”