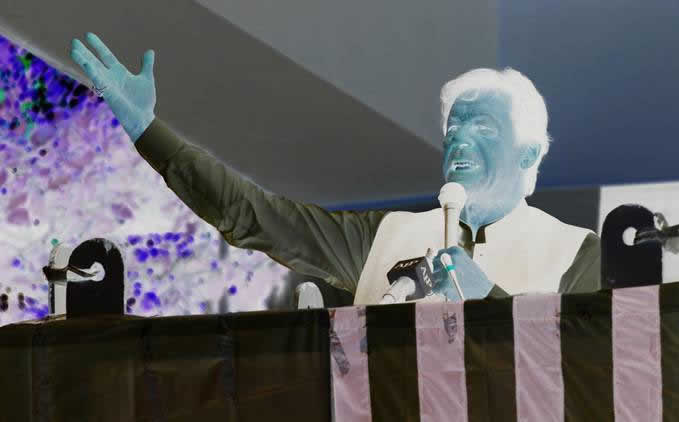 On 13 September 2019, at a rally in Azad (Liberated) Kashmir, pouring water on the burning passion of the restless Muslims, Pakistan’s Prime Minister acted as if Modi had not already started flagrant war on the Islamic Ummah, by stating, “Once a war broke out, this nation will fight you till the last breath.” Imran Khan then told the noble Kashmiri youth that he knew many of them wanted to march onto the Line of Control, “But don’t go until I tell you. First let me go to the United Nations and fight Kashmir’s case.” Thus, the regime continues to deceive the restless Muslims with the promise of relief for Occupied Kashmir from where there is to be found only harm, like the one who boils sharp stones on the stove to soothe the cries of the hungry. Moreover, the regime’s refusal to mobilize the able lions of Pakistan’s armed forces, along with the willing youth, has only emboldened the cowardly Hindu armed forces, whose troops are driven to mental health problems and suicide through fear of facing the defiant Muslims of Occupied Kashmir. Without the slightest fear of nuclear war or weakening economy, the Indian Army Chief, General Bipin Rawat, on 12 September 2019 boldly declared, “The next agenda is retrieving PoK (Pakistan Occupied Kashmir) and making it a part of India.”

The brutal occupiers of Muslim Lands are only talking of expanding their occupation, because their fire and steel is met by speech and gestures by the spineless Bajwa-Imran regime. It is a disobedient regime that belittles and neglects the commands of Allah (swt), ensuring that fear of us is removed from the hearts of our enemies, even though Allah (swt) said,

“Go forth, whether light or heavy, and strive with your wealth and your lives in the cause of Allah. That is better for you, if you only knew”
[Surah At-Tawba 9: 41]

Indeed, throughout the ages of the Ummah of Muhammad (saaw) liberation of Muslim Lands from occupation came through fighting, whilst calling and depending on Allah (swt) alone. Let us be in no doubt, there is no hope left in the regime whatsoever. It is upon us all to restore our shield, the Khilafah (Caliphate) on the Method of the Prophethood, so that the tide of defeat and humiliation can be turned to that of victory and martyrdom. Allah (swt) said,

“O you who have believed, what is [the matter] with you that, when you are told to go forth in the cause of Allah, you adhere heavily to the earth? Are you satisfied with the life of this world rather than the Hereafter? But what is the enjoyment of worldly life compared to the Hereafter except a [very] little”.
[Surah At-Tawba 9: 38]