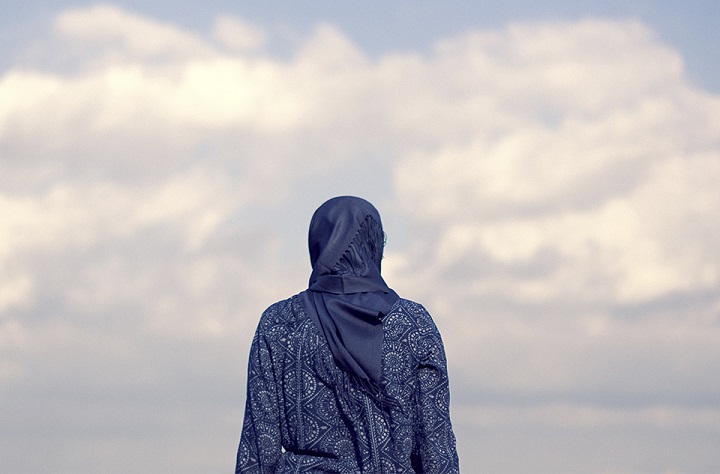 Comment:
However, many French politicians were not proud to have the support of a Muslim women wearing hijab, and her picture was thought to have brought shame and disgrace upon the Party and France’s secular ideals. The General secretary of the LREM Party, Stanislas Guerini, said: “This woman will not be an en-Marche candidate.” Notice the way he says: ‘this woman’ as if she is just a thing with no name. Militant secularism dominates French political thinking when it comes to Islam, and the French Republic is marching ever onwards in its crusade to vilify and marginalize Islam. It has criminalized the hijab at the national level, while some town mayors have pressured Muslim children to eat pork: “Those who refuse to permit their children to eat [pork] can find another solution … Religious imperatives have no place in an educational establishment,” according to Mayor Sanchez.

Macron is pushing new laws to fight what he calls “Islamist separatism” by which he doesn’t mean trying to establish an Islamic state in the heart of France. He means refusing to eat pork or choosing to wear a headscarf, which are seen as threats to France’s core values and the republic’s unity. For this reason, the picture of a woman wearing hijab was banned. Another member of his party, Roland Lescure, explained: “It’s an explosive subject. Political Islam is a reality, it is a simmering threat in some neighbourhoods and we have to be very firm.”

It is strange that a picture of a Muslim women wearing the hijab is such an ‘explosive threat’ that it has to be banned, but cartoon pictures of the Prophet Muhammad (saw) that have offended Muslims worldwide are not considered ‘explosive’ and are promoted as a symbol of France’s core values. Unlike the popular, but still minority far-right parties in France, Macron represents a so-called ‘moderate’ political view, but hatred; whether open or partially concealed unites them. The Quran warned us about this hatred clearly:

“O YOU who have attained to faith! Do not take for your bosom-friends people who are not of your kind. They spare no effort to corrupt you; they would love to see you in distress. Vehement hatred has already come into the open from out of their mouths, but what their hearts conceal is yet worse. We have indeed made the signs [thereof] clear unto you, if you would but use your reason.” [3:118].

Our shameless rulers are now rushing to bring calm to the region, so that Muslims remain under the hegemony of those who hate Islam and in order for secular values to prevail, not only in France, but in every Muslim land. Now Jordan and Egypt, instead of uniting their armies to liberate Palestine are uniting with France to reignite the dialogue between the ‘Israeli’ and Palestinian sides; between the oppressor and the oppressed. France has made its goal clear by banning Palestinian demonstrations in France, by strongly condemning “rocket attacks from the Gaza Strip targeting ‘Israeli’ territory,” while only calling for ‘Israel’ to use ‘proportionate force’ to stop Palestinians in Gaza from trying to prevent ‘Israel’s’ policy of violently expelling Palestinians from their homes in the Sheikh Jarrah region of Al-Quds, which is part of Israel’s continuing policy of ethnic cleansing in Jerusalem!

They will not succeed. Al-Aqsa and the blessed region around it will prove again to be the anvil upon which the enemies of Islam will bring themselves to be smashed by their own arrogance.