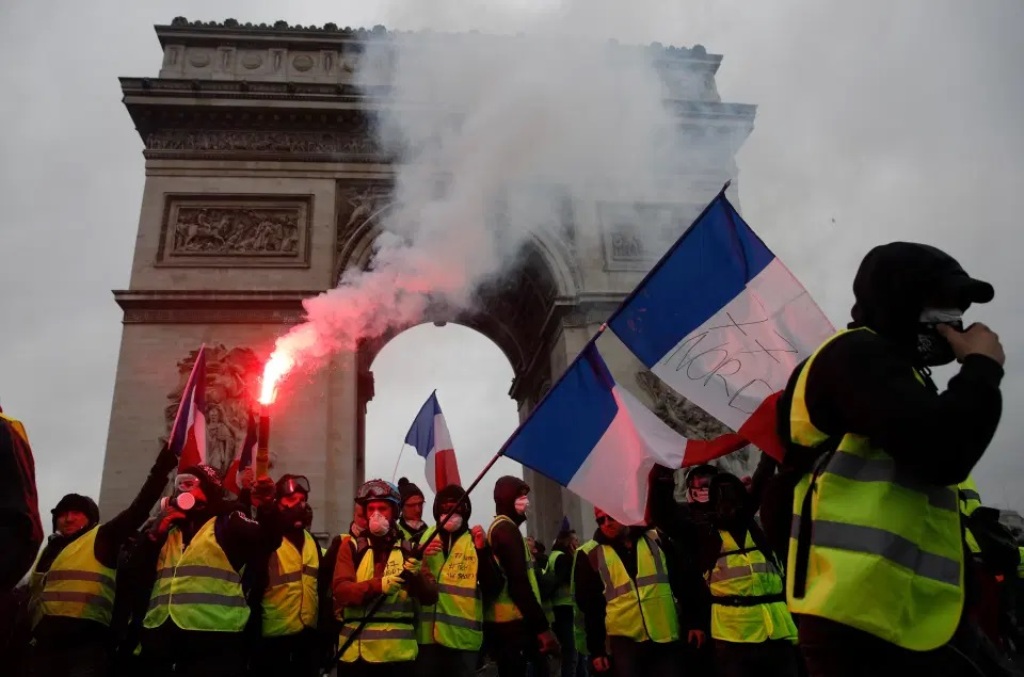 Without any doubt, France has unleashed its hate and anger upon Islam and the Muslims. On many levels it resembles the run up to the second World War, where Nazi Germany held pogroms and categorically stigmatised and oppressed the Jews. Every year this tragic outcome of their evil policy which ended in the dead of millions of innocent people, is commemorated in many European countries. The slogan is; this no more! But seemingly, with the exception of Muslims.

The despotic policies of France against Islam and the Muslims are unfolding rapidly in front of our eyes. To mention some of them: The French President Macron attacked Islam by claiming that Islam is “in crisis”. By doing so, he attacked the faith of millions living in France and beyond. As if this was not enough, he defended the right to publish the insulting cartoons of our Beloved Prophet (saw). And on top of that he even had the audacity to project these malicious cartoons of the Prophet (saw) on government buildings in France.

Many Mosques and Islamic organisations have been shut down; Muslims are called “separatists”. Even school children have been arrested and treated as criminals because they expressed their dislike of the despicable cartoons of the Prophet ﷺ. Now they want to push the oppression even more by, giving children an identification number to track them in order to restrict “home-schooling”. Imams must be registered and Muslims are not allowed to organize politically. French Interior Minister Darmanin announced that parents who complain about the cartoons will be prosecuted for criminal acts and even be deported. Also, complaints from parents about the “teaching material” that their children are offered, will from now on be regarded as a criminal offense.

France has given Islamic leaders a 15-day ultimatum and demanded that they issue a statement stating that the Muslims in France reject political Islam and any foreign interference by separating themselves from the rest of the Islamic Ummah.

This is not just only a fraction of the oppression which is going on in France but furthermore a summary of incidents which took place this year only. The warmongering language of the French authorities, the accumulation of oppressive policies in a rapid speed and false allegations against the Muslims in France, unfortunately does foretells us more oppressive measures in the future.

Whilst, resorting to repression and promoting “liberties and freedoms” at the same time is surely not a sign of sense and wisdom but rather a sign of mental breakdown which reveals the bankruptcy of secularism in dealing, with not only people who have different ideas in the society. But with people, due to the fact that people are by definition different from each other.

However, which is absolutely striking is that none of the Western countries have admonished the French actions even in the slightest manner. Here, I do not mean why they did not take it up for the oppressed ones. No, I mean none of the Western countries have officially disapproved or put right the French authorities, because they acted against their shared rule of law, principles, belief systems and what they deem to be right and promote it as a universal truth to the world. Instead, the state officials have uttered words of solidarity and loyalty to France. By doing so they confirmed the bankruptcy of their own secular democracy. The Muslims did not believe in it, now also the secularists don’t believe in it anymore.