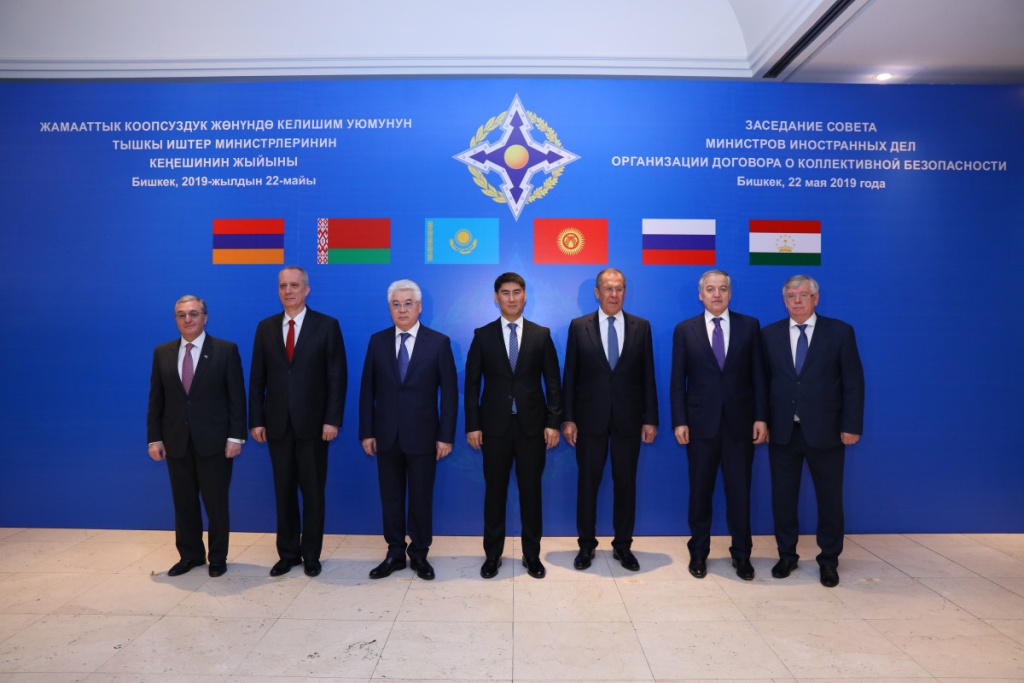 “On November 19, the 17th meeting of the Military Committee on the development of military cooperation between the member states of the Collective Security Treaty Organization was held via videoconference.

The challenges and threats to military security in the Caucasian, East European and Central Asian regions of the CSTO collective security were discussed. Presentations were made by the representatives of the General Staffs of the Armed Forces of the Republic of Armenia, the Republic of Belarus and the Kyrgyz Republic.

Colonel-General Anatoly Sidorov, the Chief of the CSTO Joint Staff, informed the members of the Military Committee about the main results of military cooperation of the CSTO member states and the directions of its development in the medium term”- the official web resource of the organization reported. [odkb-csto.org/news]

The Collective Security Treaty Organization (CSTO) was created by Russia immediately after the collapse of the USSR in 1992. The Collective Security Treaty in Tashkent was signed by Armenia, Kazakhstan, Kyrgyzstan, Russia, Tajikistan and Uzbekistan. A year later, the agreement was signed by Azerbaijan, Georgia and Belarus. Over time, Azerbaijan, Georgia and Uzbekistan left the treaty.

This treaty is aimed at preserving Russia’s influence in these countries, since these “independent” states were part of the former USSR, and the Kremlin does not want to lose its controlled territories, which are rich in natural resources and strategically important position. The CSTO allows Russia to be physically present in these republics in the form of military bases, to control the policies of these republics and to plunder natural resources.

The CSTO meetings and discussion of the “challenges and threats to military security in the Caucasian, East European and Central Asian regions” which they talk about are aimed at protecting their puppets dictatorial rulers, preserving the influence of the colonialists on these lands, and in particular on the lands of Muslims, and non-admission of Muslims liberation from the shackles of Taghut.

Most of all, the colonialists are worried about the awakening of the Islamic Ummah, the ideological revival of Islam and the embodiment of Islam as a system for the life of a person in society and the state. The desire of Muslims to practice their religion in life, despite the persecution of tyrant-rulers, speaks of the awakening of Muslims from a dream.