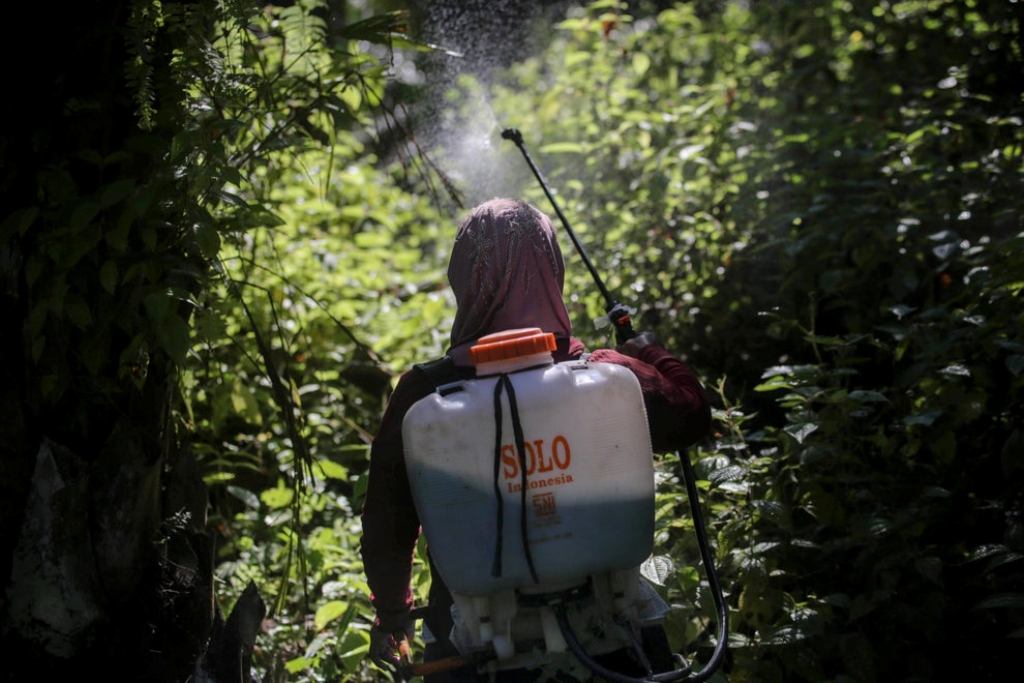 The Associated Press (AP) reported on 19th November about the abuse and exploitation of women in the production of palm oil in Indonesia and Malaysia, such as receiving low wages, lack of health protection, and being subjected to inhuman workload and sexual abuse, including threats of rape. AP interviewed more than three dozen women and girls from at least 12 companies across Indonesia and Malaysia.

Palm oil is found in many products and is also used in some of the biggest brands in the $530 billion beauty industry, including L’Oréal, Unilever, Procter & Gamble, Avon and Johnson & Johnson. Indonesia is the world’s biggest palm oil producer, with an estimated 7.6 million women working in its fields. This is about half the total workforce, according to the Ministry of Women Empowerment and Child Protection (MoWECP). Indonesia and Malaysia are the two countries that dominate the world CPO market, with their 14 million and 6 million hectares of oil palm land, respectively. But ironically, of the 14 million hectares of oil palm land in Indonesia, half of it is owned by private businesses, including foreign companies. In fact, the private land productivity is worth up to 60% of the total productivity of the national palm oil in Indonesia. This policy pattern has resulted in inequality in agricultural land ownership. In Indonesia, only about 1% of the population controls 59% of agrarian resources, land and space. Furthermore, Indonesia and Malaysia continue to expand their oil palm plantations despite damages to their tropical rainforests. This is alongside further privatizing their lands massively, ignoring the exploitation of low paid female workers by the private sector.

It’s clear that women are not only victims of greedy multi-billion companies, but also victims of capitalist systems which only view women as tools of production, cheap labour and economic assets to increase the profits and revenue of big business and governments. Under this system, women are not only exploited as workers in oil palm fields which feed the capitalist beauty industry, but also through the relentless peddling of beauty ideals by these companies which extract billions from women by making them feel physically inadequate. Indeed, the rulers and regimes of the Muslim lands are bereft of any Islamic vision with regards to protecting their people, especially women who are the most vulnerable to predation by Capitalism. Furthermore, they have systematically implemented capitalistic agrarian policies based on freedom of ownership that allow private and foreign investors to obtain ownership of huge swathes of strategic lands which should be used to benefit the people rather than a few wealthy companies.

The Khilafah (Caliphate) system stands in stark contrast to the capitalist system that curbs the role of the state in protecting the rights of the people. The Prophet ﷺ said, «الإِمَامُ رَاعٍ وَهُوَ مَسْؤُولٌ عَنْ رَعِيَّتِهِ» “An Imam is a shepherd (ro’in) and he is responsible for those in his care.” Therefore, the state’s role is vital in Islam in taking care of the needs of the people. Its main task is to serve and look after of the needs of every citizen, protect the vulnerable, and prevent any injustice. Under this system, the migrant labour problem and other forms of exploitative work which victimizes millions of women will not be tolerated and the state will seek to eradicate it. Besides this, women in Islam are viewed as an honour and NOT as cheap labour. They are granted the privilege and dignity of having a male guardian, such as her husband, father or brother, who is obliged to financially maintain them always. And if they do not have any male relatives to guarantee their provision, then the state is obliged to ensure their financial needs. Furthermore, Islam has a fair agricultural policy which prevents monopolisation of land by wealthy elites and facilitates individual ownership of land to help people improve in their standard of living. This is alongside prohibiting private ownership of land containing abundant natural resources, such as oil, gas and minerals, classifying it as public property which should benefit all its citizens. This is why the Khilafah stands as a guard over the weak, poor and vulnerable from the selfish interests of the rich and powerful, and why it is the only state which will protect the rights and honour of women in the manner they deserve.

“But whoever turns away from My Reminder will certainly have a miserable life, then We will raise them up blind on the Day of Judgment.” [Taha: 124]