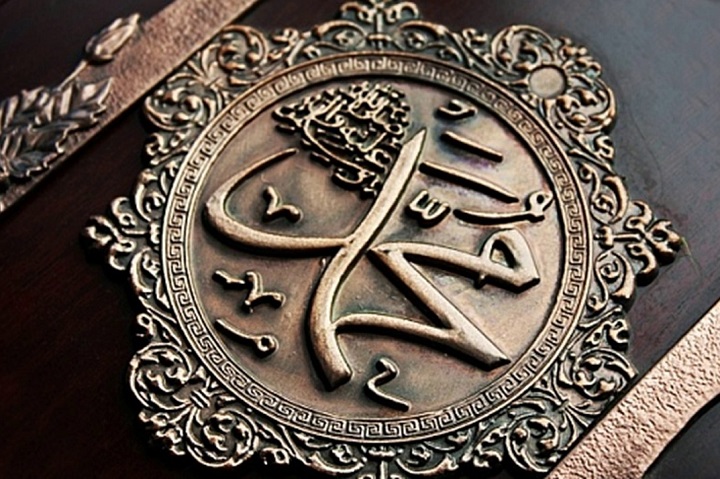 Question:
To clarify the question, was the Messenger’s (saw) refusal to ask Nusra (material support) from Quraish because they were not qualified to provide it in the first place, or just because they rejected Islam, and I mean the leaders of leaders of Makkah? If that is the case, didn’t the Messenger (saw) ask Nusra from the people of Yathrib despite the fact that the leaders and Chiefs in Yathrib did not embrace Islam and did not give the Nusra!! Please clarify. Barak Allah feek and Jazak Allah Khair.

Answer:
As for not seeking help from the Quraish in Makkah, the issue is as follows:

[The Messenger (saw) used to invite the people of power who were able to change the Jahiliya (pre-Islamic era) to Islam. He would first invite them to Islam. If they embraced Islam and accepted it, he would seek their Nusra after that. The chiefs of Quraysh in Makkah who were able to bring the change did not accept Islam, and that is why the Messenger (saw) did not ask for their Nusra (material support), but rather he (saw) was satisfied with the call to Islam in Makkah, and because the people of power among them did not respond to Islam, he (saw) did not ask them for Nusra (material support). Below are narrations from the Seerah to show this:

First: From the Seerah by Ibn Hisham

1- [(…and his people were the most opposition to him and rejecting his Deen, but only a few of the vulnerable people who believed. The Messenger of Allah (saw) offered his call during the seasons. If the call was to Arab tribes, he (saw) would invite them to Allah and tell them that he is a Prophet who is sent to them, asking them to believe in him and protect him until he explains the message that Allah (swt) sent with him.

Ibn Ishaq said: Hussein bin Abdullah bin Obeid-Allah ibn Abbas, said I heard my father speaking to Rabi’a ibn Abbad, he said, I was a young boy with my father in Mina, and the Messenger of Allah went to the Arab tribes’ houses and called them: O sons of so tribe, I am the messenger of Allah sent to you.

2- Ibn Ishaq said, Az-Zahri said that he (saw) approached Bani Amir Bin Sa’sa’a, and he (saw) called them to Allah (swt) and offered his call. A man called Bayhara Bin Firas from them said, Ibn Hisham said: Firas Bin Abdullah bin Salamah (Al-Khair) Bin Qushayr Bin Ka’b Bin Rabi’a Bin Amir Ibn Sa’sa’a: ‘By Allah, If I take this man from Quraish, I will eat (defeat) the Arabs’, and then said: ‘If we give you the pledge of allegiance (bay’ah) for your matter, and Allah (swt) gave you dominance over your opponents, will we rule after you?’ He (saw) said: This matter belongs to Allah. He puts it where He wants. He said to the Prophet (saw), ‘So we die for you fighting the Arabs, but when Allah gives you victory, the rule is given to others! We do not need your matter.”

3- Ibn Ishaq said, the Messenger of Allah (saw) continued in this course of action. Whenever he (saw) met the people in the season, he called them, the tribes, to Allah and to Islam and to offer his call what he brought from Allah’s guidance and mercy. He approached everyone from the Arabs he heard of his arrival to Makkah, those who are known and of honour and invited them to the message he brought.)

And as you can see, the Messenger (saw) used to call the one who has the power to Islam first. If he accepted Islam, then he will request his Nusra (material support).]

Second: From the Seerah of Ibn Kathir

1- [He said: Then we ended up in a serene and dignified assembly. We saw sheikhs with weight and positions, then Abu Bakr came forward and greeted them. Ali said: Abu Bakr proceeded in doing the good. Abu Bakr said to them: Who are the people? They said: From Bani Shaiban bin Tha’labah, so he turned to the Messenger of Allah (saw) and said: ‘I sacrifice my father and mother for you. There is no one who has more glory than these in their people.’ And in a narration: ‘There is no excuse for their people after them (they are decision makers). They are the most prominent in their people, they are most prominent people.’

‘How many of you?’ He said to him: ‘We are more than a thousand, and a thousand will not be defeated by a few.’ He said to him: ‘How is the protection in you?’ He said: ‘We must strive, and every people has to work hard.’ Abu Bakr said: ‘How is the war between you and your enemy?’ Mafrooq said: ‘We are most strong when we are angry, and we prefer horses over children, weapons over food, and victory is from Allah. He gives us victory once and gives it others once. ‘Perhaps you are the brother of Quraish?’ Abu Bakr said: ‘If it has reached you that he is the Messenger of Allah, then it is him.’ Mafrooq said: ‘We have been informed that he has a message.’ Then he turned to the Messenger of Allah (saw), and said: ‘What do you call for, O brother of Quraish?’ So, the Messenger of Allah (saw) came forward and sat down, and Abu Bakr stood and shaded him with his robe, He (saw) said,

“My call is to bear witness that there is no God but Allah. He is One and has no Partners, and that I am the Messenger of Allah and that you protect me and give me support for Qurayish has rejected Allah’s matter and did not believe in His Messengers and preferred the falsehood over the truth; Allah is the Wealthy and Praiseworthy…”

He said to him: ‘What do you also call for, O brother of Quraish?’ Then the Messenger of Allah (saw) recited:

“Come, I will recite what your Lord has prohibited to you. [He commands] that you not associate anything with Him, and to parents, good treatment,” to His saying: (ذلكم وصاكم به لعلكم تتقون) “This has He instructed you that you may use reason.” [Al-An’am: 151].

Mafrooq said to him: What else do you call for, O brother of Quraish? By Allah, this is not from the words of the people of the earth, and if it were from their words, we would know it. Then the Messenger of Allah (saw) recited:

“Indeed, Allah orders justice and good conduct and giving to relatives and forbids immorality and bad conduct and oppression. He admonishes you that perhaps you will be reminded.” [An-Nahl: 90].

Mafrooq said to him: ‘By Allah, O brother of Quraish, you have called to noble morals and good deeds, and some people lied about you and joined forces against you.’

As if he wanted for Hani’ bin Qabisa to speak with him, so he said: ‘This is Hani’ bin Qabisa, our sheikh and the companion of our religion.’ Hani’ said to him: ‘I have heard your speech, O brother of Quraish, and I have believed your words, and I see that if we have left our religion and followed you on your religion for an assembly you called us to which has no beginning or end, and that we did not think about you matter, and consider the consequence, then it would be a lapse in opinion, a rash decision, and no vision in consequences but the slip is with the haste, and there are people behind us that we hate to make a contract over their contract. So, go back and we go back and you think and we think. It was as if he wanted to share his speech with Al-Muthanna bin Haritha, so he said: And this Muthanna is our sheikh and the companion of our war. Al-Muthanna said:

‘I have heard your speech and appreciated what you said, O brother of Quraish, and I liked what you said, and the answer is the answer of Hani’ bin Qabisa. (If) We left our religion and followed yours in the assembly you invited us to, but we reside between two poles, one of them is Al-Yamamah, and the other is Al-Samawa**. The Messenger of Allah (saw) said to him: What are these two poles? He said to him: one of them is the coast of the mainland and the land of the Arabs, and the other is the land of Persia and the rivers of Chosroes. We have a covenant with the Chosroes that we should neither talk to a stranger nor welcome him, and it could be that this is one of the matters that offend the kings…! If you want us to defend you from the Arabs, we will. But there is no problem in the land of the Arabs, the sin of its owner is forgiven, and his excuse is acceptable, and as for what was next to Persia, the sin of its owner is not forgiven, and his excuse is not accepted.

If you wish that we protect you from the side of the Arabs and give you support, then we can do so. The Prophet (saw) said:

“I did not receive a bad response from you. You were truthful, but whoever give the support for the Deen of Allah will protect it from all sides.”

2- He said: [Then we were pushed to the assembly of the Aws and Khazraj, we did not get up until they pledged allegiance to the Prophet (saw)

Ali (ra) said: They were honest and patient, the Messenger of Allah (saw), was pleased with the knowledge Abu Bakr (ra) had of their, genealogy

He said: The Messenger of Allah (saw), only took a short while to go out to his companions and said to them:

“Praise Allah abundantly, for today the sons of Rabi’ah have defeated the people of Persia. They killed their kings, attacked their soldiers and they were victorious by me.”

He said: The incident was at Qaraqir next to Dhi Qar… This is a very strange Hadith, which we mentioned because of the evidence for prophecy, good morals, noble character, and eloquence of the Arabs. This was reported from another path, in which it is stated that when they and Persia fought a battle and met with them at Qaraqir, a place near the Euphrates. They made their motto the name of Muhammad (saw), so they were victorious against Persia with that, and after that they embraced Islam.

Imam Muhammad bin Omar al-Waqidi investigated the tribes one by one and mentioned that the Prophet (saw) presented himself to Bani Amir, Ghassan, Bani Fazara, Bani Murra, Bani Hanifa, Bani Salim, Bani Abs, Bani Nadr bin Hawazin, Bani Tha’labah bin Akabah, Kinda and Kalb, Bani Al Harith bin Ka’b, Bani Uthra and Qais Bin Al-Hatim and others. And its context is lengthy, but we have mentioned a good part from it, praise and gratitude be to Allah. And Imam Ahmad said: Aswad bin Amir told us, Israel told us, on the authority of Othman, meaning Ibn Al-Mughirah, on the authority of Salim bin Abi Al-Jaad, on the authority of Jaber bin Abdullah, who said: ‘The Prophet (saw) used to present himself to the people in the standing place “that is, in Arafa,” and he would say:

“Is there any a man who will take me to his people, for the Quraish have prevented me from conveying the words of my Lord, Azza Wa Jal?”]

It is clear from all of this that the Messenger (saw) did not seek the support from anyone except after inviting them to Islam.

Link to the Ameer’s Answer on his Facebook page.
(Translated)