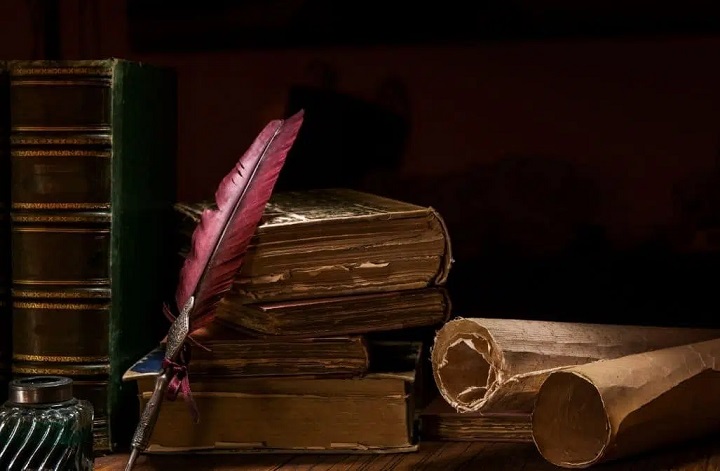 To what extent is this saying true?

“And he became inside the city fearful and anticipating [exposure], when suddenly the one who sought his help the previous day cried out to him [once again]. Moses said to him, “Indeed, you are an evident, [persistent] deviator * And when he wanted to strike the one who was an enemy to both of them, he said, “O Moses, do you intend to kill me as you killed someone yesterday? You only want to be a tyrant in the land and do not want to be of the amenders.” [Al-Qasas: 18-19].

The grammar/syntax scholar said that the first (An) in the verse is extra, and if it was deleted to become: فلمّا أراد أن يبطش the meaning would be the same…have you not seen the saying of Allah (swt): (فَلَمَّا أَنْ جَاءَ الْبَشِيرُ أَلْقَاهُ عَلَى وَجْهِهِ) “And when the bearer of good tidings arrived, he cast it over his face” [Yusuf: 96]. Grammar/syntax scholars agreed that (An) mentioned after ‘lamma’ and before the verb is extra. So how did Ibn Al-Atheer answer? Ibn Al-Atheer responded to the grammar scholar by and said: the grammar scholars have no say in the issues of articulation eloquence, and they have no knowledge of its secrets, in terms of being scholars of grammar. There is no doubt that they have found that (An) is mentioned after ‘lamma’ and before the verb in the Noble Qur’an, and in the speech of the articulate, so they thought that the meaning of its presence is like the meaning without it. Therefore, they said: this is extra. However, the issue is not like so. If ‘lamma’ is mentioned and (An) followed it then the verb, this is an indication that Musa (as) was not rushing to kill the second man as he was in killing the first man. Rather, he was slower to attack. This is why the Qur’an expressed this in the verse: (فَلَمَّا أَنْ أَرَادَ أَنْ يَبْطِشَ) “And when he wanted to strike the one” with an extra (An) after ‘lamma’. If the verb comes after ‘lamma’ by removing (An), this would be the indication that the action was immediate. Ibn Al-Atheer concluded his discussion by saying: these are details that are not taken from the grammar scholars, because it is not their concern.

So, is the saying of Ibn Al-Atheer accurate? And if not, is there addition words in the Qur’an?

It seems that there is a missing matter in the discussion between Ibn Al-Atheer and the person he was discussing with. I see the issue as follows:

There are two matters in the noble verse that must be understood, they are:

1- As for the first one, which is the accusative letter “An” that came before the present tense, it is an infinitive, accusative and reception letter:

It makes what comes after it in the interpretation of a source (Masdar), for example, (يُرِيدُ اللهُ أَنْ يُخَفِّفَ عَنْكُمْ) is interpreted ‘Allah wants to relieve you’ … and it makes the present tense accusative… As for it being a reception letter, it is because it makes the present pure to receive, “as well as all the negatives of the present”, but the present tense without being preceded by the accusative letter remains subject to the adverb (Hal) and reception. Based on the meaning of the accusative letter above, the meaning of (أَرَادَ أَنْ يَبْطِشَ بِالَّذِي هُوَ عَدُوٌّ لَهُمَا)“He wanted to oppress the one who is their enemy” is that it is likely that Moses (as) did not take the initiative to attack him immediately, rather he began to think because the text is (أَرَادَ أَنْ يَبْطِشَ) and it is not (أراد يبطش) (He wanted to strike); otherwise, it would not have taken the adverb and reception, i.e., the immediate action or the thought to make the decision, and then it would have needed an indication (Qareena) to give preference to the action, i.e., the adverb or the reception, and as for (أَرَادَ أَنْ يَبْطِشَ) “He wanted to strike” it is for the reception without the adverb (Al-Hal), i.e., after a period of time for some thinking, even if it was little.

2- As for using (An) after ‘lamma’, it means the addition in the language, because In terms of linguistic formulation is like “لما أن أراد” “لما أراد”. But it is an addition to a meaning, which is the confirmation of the slow attack, i.e., it confirms what follows, “أن يبطش” i.e., it affirms the lack of immediate killing, but rather of thinking and delay even if it is not long.

3- Thus, the first “An” in the noble verse, i.e., “أن أراد” is an addition in terms of the linguistic formulation, but for a meaning, and it is to emphasize the delay in the attack mentioned after it “أن يبطش” It is not said that the affirmation means that the affirmer should be after the affirmed, in time or formulation, such as (فَأْتُوا بِسُورَةٍ مِنْ مِثْلِهِ) “then bring a surah like it” a temporal confirmation as shown below (“جاء جاء علي” أو”لا، لا أبوح بالسر”) a formulation confirmation. It is true, unless the emphasis comes from a synonymous emphasis, then it is permissible for them to be together without the first and after being a condition in the synonymous affirmation. For example, you can say: (أتى جاء علي) (Ata and Ja’a) in terms of synonymous emphasis of the one before and the following one is not mentioned here. Thus, (فلما أن أراد) indicates delay and slowing down, i.e., not immediately, and likewise the one after it, (أن يبطش) it is a present tense and accusative verb, and imply it for the future, i.e., not immediately. This is in terms of synonymous affirmation. Therefore (An) in (فلما أن أراد) it can be said that it is an addition of language, but it has a meaning, which is the synonymous emphasis to: (أن يبطش) meaning that Moses (as) did not attack the opponent immediately, but rather slowed down and thought about the matter.

4- As for whether there are extra letters in the Noble Qur’an; if what is meant is extra letters without meaning, then I do not see that. There are no extra letters in the Qur’an without meaning, and I mentioned it in my book, Al-Taysir fi Usool Al-Tafsir – Surat Al-Baqarah, where it came in the interpretation of the noble verse: (فَأْتُوا بِسُورَةٍ مِنْ مِثْلِهِ) “So they came with a surah similar to it.” [Al-Baqara: 23]. It came in it: “There is no repetition or addition in the Qur’an without a meaning. Therefore, everything that is mentioned in the Qur’an as if it is a repetition or an addition is in fact to add to the meaning, such as ‘min’; here, it has indicated an increase in the meaning, which is the affirmation, i.e., the affirmation of the previous challenge.)

As for if what is meant by extra letters for a meaning, then this is present, Allah’s (swt) saying in Surat Al-Baqara:

(فَأْتُوا بِسُورَةٍ مِنْ مِثْلِهِ) “Then bring a surah like it” [Al-Baqara: 23]. Here “min” may be said that it is an addition to the language, but it is not without meaning. It is a confirmation of time, that is to a matter that preceded it, which means that the challenge came before this verse and then it came now to confirm the previous challenge, and by reflecting on the verses of the Book, it becomes clear that this challenge was revealed before that in Mecca in Surat Yunus (as):

(أَمْ يَقُولُونَ افْتَرَاهُ قُلْ فَأْتُوا بِسُورَةٍ مِثْلِهِ) “Or do they say [about the Prophet], “He invented it?” Say, “Then bring forth a surah like it” [Yunus: 38]. Surat Yunus was revealed in Makkah and Surat Al-Baqara was revealed in Medina, i.e., after Yunus. The verse of Al-Baqara is therefore an affirmation of the verse of Yunus before it, by adding “min” in the verse of Surat Al-Baqara extra to the verse in Surat Yunus. Thus, it affirmed what was before it and it is not without a meaning.

This is how I understand that there is no addition in the Qur’an without meaning, and Allah is All-Knowing and Most Wise.