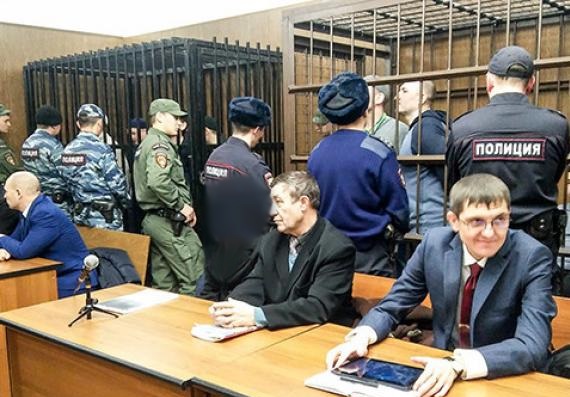 Official spokeswoman of Russian MOFA, Maria Zakharova, commented on the EU reaction on the verdict in the so-called ‘second Bakhchisaray Hizb ut-Tahrir case’. She warned European partners from dividing terrorists into good, bad and moderate guys.

“The matter deals with the participants of the Crimean cell of the Islamist organisation Hizb ut-Tahrir. They received different terms in prison for the proven terrorist crimes. Contrary to Brussels’ allegations, their political views, nationality or ethnic origin have nothing to do with the court’s verdict. This is not the first time we are seeing attempts by our Western partners to divide terrorists into good, bad and moderate guys. Regrettably, residents of the EU countries who have first-hand experience of the horrors of terrorist attacks know what tragic consequences such attempts have.”

She also said that this organization is banned in Germany since 2003.

Once again, we are witnessing how the highest officials of the Russian Federation resort to open lies and slander in an attempt to justify the criminal actions of their so-called Russian law enforcement against Muslims.

The Press secretary of the Russian Foreign Ministry speaking about the guilty verdict of the Southern District Military Court issued on September 16, 2020 within the so-called “The second Bakhchisarai case of Hizb ut-Tahrir” in relation to 7 Muslims from Crimea is trying to mislead people by claiming that these 7 people were convicted of terrorist activities.

Her claims that “We have to state with regret that the practice of distorting facts with a view to misleading the world public is becoming a brand identity of EU diplomacy” in corporate applicable to Zakharova and government she represents.

Apparently, Zakharova did not even bother to read the verdict of the Southern District Military Court. Indeed, in order to understand all the cynicism and falsity of Zakharova’s statements “about terrorist crimes”, it is enough to turn even to the position of the state prosecution.

The official basis of the accusation in this “case of terrorism” is not the planning, preparation or implementation of terrorist acts, but a public meeting (suhbet) in the mosque in Bakhchisarai, which was attended by dozens of people. Also, convicted Muslims are charged with reading Islamic books and conversations about Islam.

This political not judicial verdict passed by the Russian crooked justice also exposes its own insolvency by the fact that the phones, the hard drive, tablet, laptop and keyboard are recognized as instruments of crime in this court verdict!!!

There are no maps, no blueprints with plans for terrorist attacks, no weapons, no explosives, there is not even talk of planning anything related to violence as evidence in materials of this trial.

Prosecutors and judges have repeatedly confirmed in court sessions the absence of any slightest signs of terrorist activity on the part of the defendants, referring only to the notorious decision of the Supreme Court of the Russian Federation of 2003. This judicial document which was not adopted in interests of Russian society whose significant part are Muslims, but was adopted in interests of Russian government. In 2003 Russian Supreme Court confirmed an opportunistic decision that recognized a number of Muslim organizations as terrorist, this aimed to reach some goals in inner and foreign policy.

Hizb ut Tahrir is given only a few lines in this dubious verdict, in which not a single word with the root “terror” is mentioned, let alone bringing at least one fact of Hizb’s involvement in violent activities.

All the criminal participants of this union, whether they are FSB (Federal Security Service) investigators, prosecutors, judges or the owners from high offices standing behind them are well known – what is happening is nothing but their enmity towards Islam, which is fueled by jaundice and groundless phobia and sometimes by ideological hatred.

Nevertheless, people and organizations that have nothing to do with terrorism and terrorist activity in one moment were appointed to be criminals and terrorists.

Hizb ut Tahrir is an international Islamic political party that limits its activities exclusively to ideological and political work. Any attempts to accuse Hizb ut Tahrir of terrorism are broken by the 60-year history of work by the Hizb in more than 40 countries of the world.

As for Zakharova’s mention of the ban on Hizb ut Tahrir in Germany in an attempt to join the so-called notorious “international struggle against terrorism”, here we also see attempts to distort reality.

Moreover, Zakharova deliberately does not mention the statements of officials and law enforcement agencies of other European countries, in which they declare that it is impossible to ban Hizb ut Tahrir due to the absence of the slightest hint of terrorism or violence.

With her similar fraudulent attempts to pass off her wishful thinking as reality, Zakharova demonstrates her complete incompetence in this matter, as well as her political bias.

Here, due to the limited format, I will not delve into the reasons for the banning of Hizb ut Tahrir in Germany. I will only note that this ban is an eloquent example of the fact that the “freedom of speech” praised by the West, including Germany, ends as soon as it concerns Muslims and their call for an Islamic political project.

Commenting on the words of Zakharova about the inadmissibility of the use of “double standards in the fight against terrorism”, it should be noted that Russia in this matter shares the honorable first place with other so-called “Western partners”.

Thus, the Russian authorities do not follow their own criminal principles and decisions, let alone follow any good or humane values.

The peak of hypocrisy is a warning about the consequences of “games of dividing terrorists into good and bad”.

Many countries around the world are faced with Russia’s double standards in their struggle against terrorism.

Many people and residents of the EU countries particularly have first-hand experienced of the horrors of Russian terrorist attacks and know what tragic consequences such attempts have.

Russia brands Muslims of Syria, who rebelled against the tyranny of Assad, as terrorists, while it sends “green men” to Eastern Ukraine and Crimea, passing them off as a militia.

Further, Russia adopted the US criminal practice of using Private Military Companies such as Blackwater now known as Academi by creating a Russian semblance called PMC Wagner, whose thugs became mercenaries in the hands of international criminals.

Russia, in the best traditions of the “red terror”, eliminates political opponents in European cities, even resorting to poison to chemical warfare and radioactive substances. And after all this, Zakharova is trying to read lectures about the inadmissibility of supporting terrorists? Russia not only supports terrorists; it is a terrorist state itself.

Summing up, we say:

Zakharova and the political regime that she represents use lies, slander, double standards and hoax in order to convince people that they act in true way.

Russian acts in such manner for everyone to become accomplices in its crimes, when according to the so-called Hizb ut Tahrir affairs, more than 300 people received huge sentences, including double-digit ones, just for calling for Islam and saying, “My Lord is Allah”.

By these actions, Russia is trying to hide the fact, which is obvious to everyone, that it is a terrorist state.

This Russian proverb is the most eloquent, concise and accurate description of what is happening today:

“The thief himself is the one who screams ‘Catch the thief’ louder than others.”