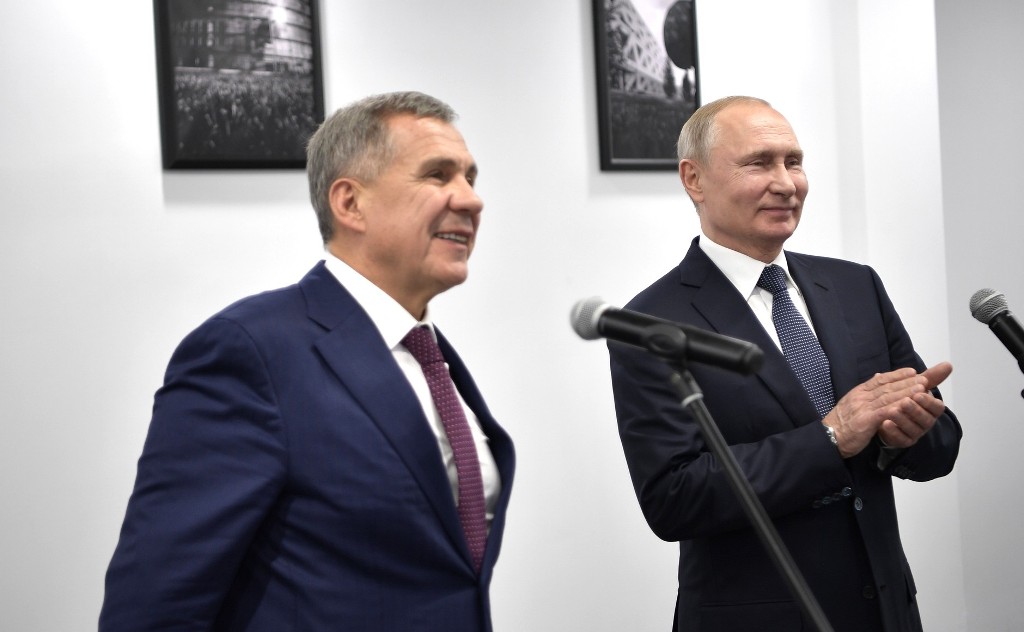 From 11 to 13 September 2020, elections for the president of the republic and municipal deputies were held in Tatarstan. According to official statistics, the current colonial governor of Moscow, Rustam Minnikhanov, “won with a convincing majority” in the number of votes. According to official data, he received 83.28% of the vote with a turnout of 79%.

Analysts report that according to the real calculations of independent observers at polling stations where it was not possible to falsify the turnout, it ranged from 22% to 28.5%.

The authorities extended the vote for three days, citing this with relief for the population and protection against the spread of coronavirus. However, according to observers, this was done to facilitate total falsification by stuffing ballots. There were cases, as happened at polling station No. 118 in Kazan, when an independent observer managed to videotape the ballot stuffing. Contrary to the current law, the voting process and the work of the polling station were not interrupted. On the contrary, the PEC chairman called the police. At the same time, they tried to steal the phone of the observer, and using the fact that he was distracted by this, they erased all the memory of the other phone. The police, however, demanded that he erase the video recording of the vote counting falsification, and withdraw these ballots. And an administrative case was brought against the observer for “unauthorized filming”.

At the same time, it is obvious to everyone that the elections for the head of Tatarstan were held absolutely formally, with no alternative to the current one. The essence of the elections is only to create a sense of the legitimacy of Minnikhanov as a “people’s choice” and also to camouflage the decline in people’s interest in the electoral process.

It should be noted that Putin spoke out in support of Minnikhanov, for his loyalty to Moscow, his willingness to continue to pursue a policy of assimilation, russification of the Muslim population of Tatarstan, as well as his willingness to generously “share” the resources of Tatarstan with Moscow. “I will certainly support your nomination as a candidate for the post of the head of the republic for the next term and I want, firstly, to thank you for the previous period of work and wish you success for the next period,” Putin said to Minnikhanov during the meeting in video format.

Recall that Minnikhanov is known for regularly demonstrating to Moscow his loyalty and readiness to take part in the maximum assimilation of the Muslim population of the Volga region during his presidency. So, for example, Minnikhanov in 2018, during a meeting of the presidential council for the development of physical education and sports, proposed to return beer on sale in the stadiums. “Of course, I am ashamed to speak as a Muslim about beer, but I care about our Orthodox brothers,” Minnikhanov said then, amid the approving laughter of the Russian participants in the meeting. “If Muslims are asking to approach beer liberally, we’ll see,” Putin said sarcastically.

The people of Tatarstan were deceived in the 90s, agreeing to preserve the status of a subject of the Russian Federation under the pretext of the presence of the so-called. “Sovereignty”: Tatarstan has its own constitution and president, as well as maximum budgetary powers enshrined in the 1994 agreement on the delineation of powers between Kazan and Moscow. Today, along with the growth of the religious and political consciousness of the population, as well as the return of the people to its Islamic origins, people are more and more aware of the true state of affairs, are beginning to be interested in the history of the colonization of the region. However, Moscow is not asleep either, keeping the public consciousness in Tatarstan under strict control, suppressing any attempts of Islamic revival.