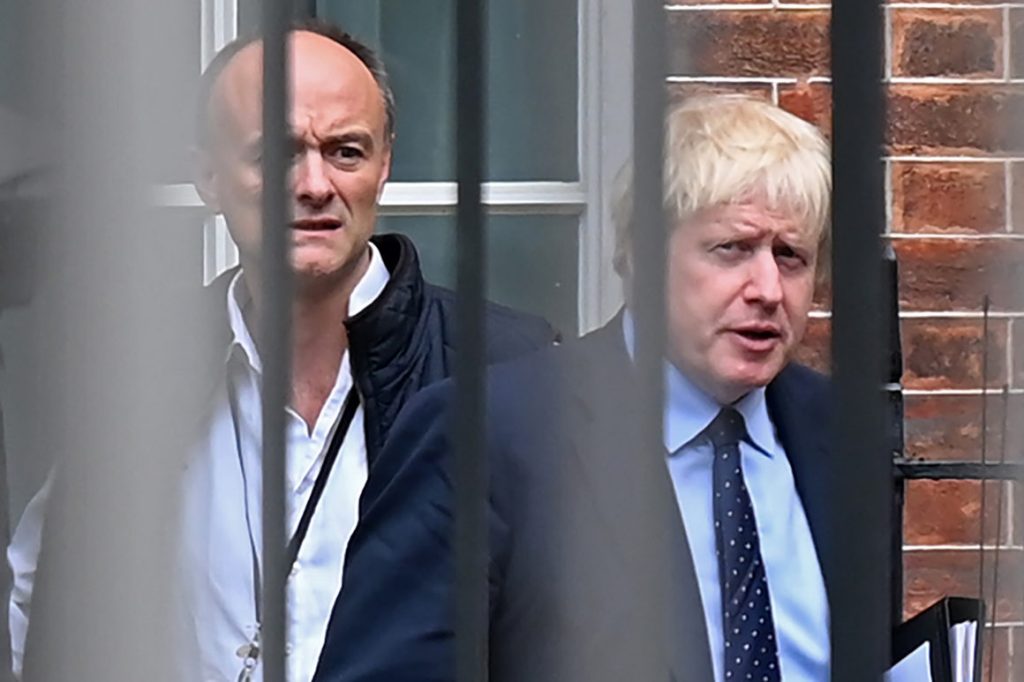 Boris Johnson faced an extraordinary and growing revolt from within his own party on Tuesday over his refusal to sack his chief adviser, Dominic Cummings, for breaching lockdown rules.

On a day of dramatic developments, a junior minister resigned and more than 30 other Conservative MPs called for Cummings to go, many citing inboxes overflowing with hundreds of angry messages from constituents.

It follows an investigation by the Guardian and Daily Mirror revealing Cummings’ previously secret trips to and around north-east England in late March and early April.

He added: “I have constituents who didn’t get to say goodbye to loved ones; families who could not mourn together; people who didn’t visit sick relatives because they followed the guidance of the government. I cannot in good faith tell them they were all wrong and one senior adviser to the government was right.”

Significant revolts are rare at such an early stage after a thumping election victory, but Cummings was already a divisive figure and his refusal to apologise for an apparent breach of the rules appears to have touched a nerve with the lockdown-weary public. [The Guardian Newspaper]

Every day in Britain there is a new government scandal that needs to be covered up or distracted from, and every day’s new crisis only serves to divert attention from that of the previous day. Recent crises include the failure to quarantine, callous neglect of the vulnerable in care homes, lying about how many virus tests are being performed each day under reporting of the true death rate and many more; all of which are now pushed to the side to make way for the debacle that is Dominic Cummings’ disdain for the very rules that he put in place.

Dominic Cummings is a senior special advisor to Prime Minister Boris Johnson. He was appointed by him directly and has had a reputation of being a bully, a habitual liar and unashamed to use all manners of dishonest tactics to achieve his goals. He was appointed to lead the Leave Campaign prior to the Brexit referendum, where alongside Boris, he employed fear, dishonesty and manipulation to win. He was also responsible for Boris Johnson’s general election victory.

The traditional civil service do not like the divisive and controversial nature of Dominic Cummings, just as they do not trust the incompetence of Boris Johnson. Many in the Conservative party itself are becoming dismayed at the Prime Ministers’ increasingly presidential style of governing, where the cabinet ministers are not consulted or even informed of changes in legislation prior to it being announced to the country. Against this backdrop Boris Johnson’s defence of Mr. Cummings’ barely credible account of events is being met with more incredulity every day.

British politics has traditionally been managed by the unelected civil service, who represent the interests of the capitalist and aristocratic elite, with the Conservative party being the willing accomplice to this democratic deception. Tony Blair’s New Labour government shifted some of the influence of the civil servants to an enlarged assortment of special advisors, directly employed by the governing party and loyal to it and its interests. Power has been shifting within the British establishment for decades, with their near fatal split over Europe being a symptom rather than a cause.

At one time the British people knew their place and were loyal to the establishment, whom they believed had the nation’s best interests at heart. Recent internal politics, the 2009 government’s financial crisis bankers’ bailout, Brexit, the Coronavirus response, and such arrogant disdain for the public mood as displayed by Cummings and Johnson, only further expose the British government and its backers for the greedy squabbling capitalists that they are.

“And when they are told, “Do not spread corruption on earth,” they answer, “We are but improving things!” * Oh, verily, it is they, they who are spreading corruption – but they perceive it not!” [Al-Baqara, 2:11-12]