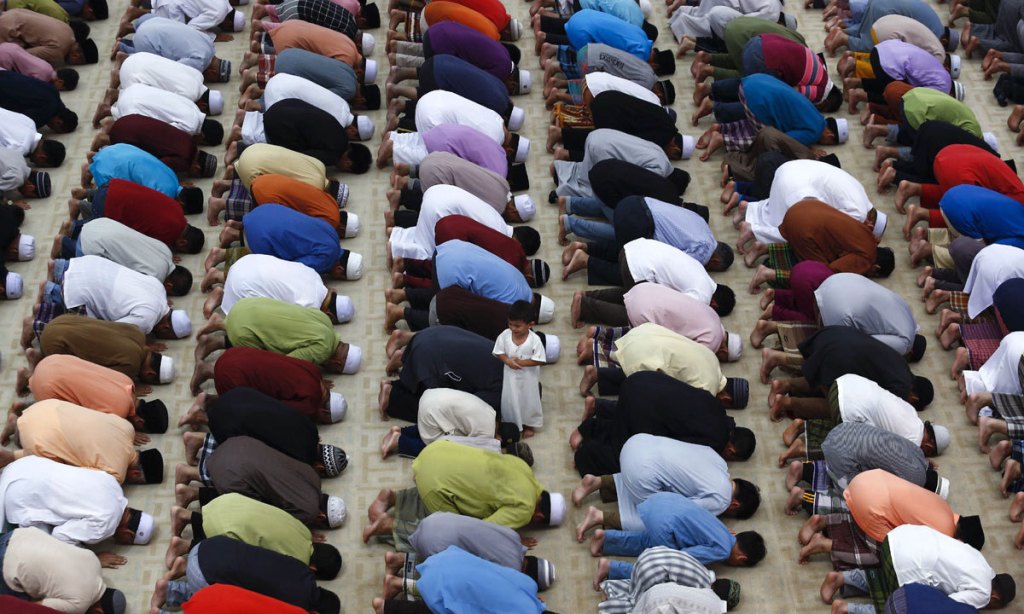 Recently, the Religious Affairs Ministry and the Religious Authorities of each state in Malaysia made announcements with regard to the performance of Friday prayers. Unfortunately, the decisions made have further increased confusion on the status of Friday prayers in this Muslim majority country. Some states allow for Friday prayers with a maximum of 12 people, and some states allow up to 30 people. Unfortunately, some states are still closing the mosques and banning Friday prayers, even though the state is already in the green zone. Most states have placed a limit of 12 people who can pray, and some states have made it clear that those 12 are not normal civilians. In other words, the public is still effectively banned from joining the prayers.  To make matters worse, only a select few mosques are allowed to have Friday prayers in each state.

The Covid-19 pandemic has indeed forced us to live under a new condition – popularized by the term “The New Normal”. Amongst other things, we are now expected to obey various standard operating procedures (SOP) in our daily lives. Out body temperature has to be checked when we enter stores and malls. Hand sanitizers are now available almost anywhere we go. Social distancing measures are to be practiced when we go shopping and at our working places. Even the day of Eid cannot escape the strict SOP. Unfortunately, with all these procedures in place, Muslims who are waiting for the SOP for Friday prayers and congregation prayers have so far been very disappointed!

It is really perplexing that the decision makers seem to disregard the fact that the Friday prayers is fardh a’in. We have observed other Muslim countries who continue to practice congregational prayers with very strict SOP. And the authorities in Malaysia allow on 12 or 30 people for these prayers. In fact, there was a ridiculous illustration on mainstream media of 12 people doing Friday prayers at the National Mosque, observing social distancing in the saf (lines), while more than 50 reporters were crowding beside the congregation, taking pictures!! Such irony!! What is the rationale for allowing 12 people, or 30 people for Friday prayers, where only the mosques’ committee members and ‘lucky individuals’ are granted the ‘exclusive right’ to perform Friday prayers?? And other Muslims are barred from performing the obligatory duty? Those who follow the prayers from outside the mosques have also been warned not to repeat the act!

For about two months concerned Muslims have been urging the government to come up with a serious SOP in order to reopen the mosques and enable every Muslim to perform Friday prayers, and not only committee members of the mosques to pray.  Unfortunately, after two months of waiting for the good news, they made their own decision and granted ‘exclusive rights’ to Friday prayers only to certain individuals!

Today, almost all government agencies are allowed to operate and almost all shops are now open to the public. We see roads, offices, wholesale markets, restaurants and other places are filled with people coming out of their confinement, while the government is continuously appealing to the public to get used to the “new normal”. But why are mosques still closed for the public to perform Friday prayers which is FARDHU AIN for every Muslim individual? If the reason is to prevent the transmission of Covid-19, surely the same applies for all the other outlets where the public is now allowed to enter – of course with strict SOPs. These decision makers seem to think that Covid-19 can only be transmitted in mosques, not elsewhere, so mosques must remain closed, or open only to selected people. Even stranger, mosques in green areas are still closed to the public! La haula wa la quwwata illah billah.

Have they forgotten that the mosque is the house of Allah, and that no one has the right to close His house except Him.

“And who is more unjust than he who hinders the remembrance of the name of Allah in His mosques, and seeks to destroy it?  They should not enter it, except in fear (to Allah). They, in the world suffer disgrace and in the hereafter will be afflicted with great suffering” [Al-Baqarah, 2:114]

There is a saying in the Malay culture …

(If one wants something, he will work hard for it, but if one does not want it, he will give a thousand justifications to not do anything about it)

This seems to be the best narration for the Malaysian authorities on the issue of Friday prayers at the moment.