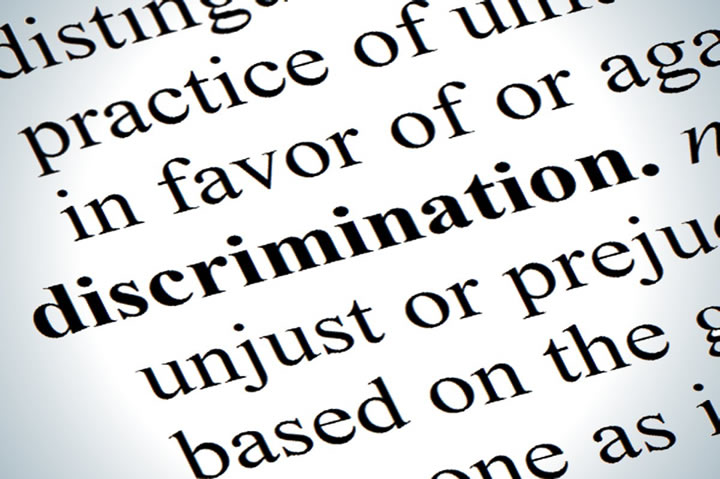 “It’s not just a matter of changing the laws and it’s not going to be just fixed by waiting for the next generation to be born,” she said. “….There’s this idea that discrimination is caused by bad people but actually it’s really embedded in our system.” A quote by Sex Discrimination Commissioner Kate Jenkins.

This quote links us to one very critical issue, that has been increasingly discussed in the news- Discrimination is a rising issue across the world. There is a rising acceptance that it has always existed, an acceptance that it is an issue that’s embedded into the system. And yet, there is a false hope that changing singular laws within the system will solve a problem that is deeply rooted within the Western system.

Discrimination: A part of the system

There is a conflict that exists in today’s society- a conflict between the people, that isn’t managed, or solved by the system. A conflict in which there is an “unjust or prejudicial treatment of different categories of people, especially on the grounds of race, age, sex, or disability.”

This reality is brought into stark contrast with the democratic promises and ideas of equal rights and treatment for all humans- promises that have been translated into law.

“The 14th Amendment to the U.S. Constitution, ratified in 1868, granted citizenship to all persons born or naturalized in the United States—including former enslaved people—and guaranteed all citizens “equal protection of the laws.”

Similarly the International Human rights law “prohibits discrimination on the basis of sex and includes guarantees for men and women to enjoy their civil, cultural, economic, political and social rights equally.”

These legal statements are there to give the people false hope in a flawed system- if the statements are written into law, and there are a few judicial cases that lend proof to the justice that they provide, then the system can’t be flawed can it? It’s the one policeman who choose to look the other way, that one judge who was biased, the political representatives who were corrupt- nothing more.

What we need to realize is that the examples that we see on the news aren’t isolated. The discrimination that exists within the society, within the legal and political system, won’t disappear.

According to Amnesty International, 3 types of discrimination exist today.

1. Direct: There’s an “explicit distinction is made between groups of people that results in individuals from some groups being less able than others to exercise their rights. For example, a law that requires women, and not men, to provide proof of a certain level of education as a prerequisite for voting would constitute direct discrimination on the grounds of sex.”

2. Indirect: There is a “law, policy, or practice is presented in neutral terms (that is, no explicit distinctions are made) but it disproportionately disadvantages a specific group or groups. For example, a law that requires everyone to provide proof of a certain level of education as a prerequisite for voting has an indirectly discriminatory effect on any group that is less likely to have achieved that level of education (such as disadvantaged ethnic groups).”

3. Intersectional: There’s a combination of several forms of discrimination that leaves a “particular group or groups at an even greater disadvantage. For example, discrimination against an ethnic minority often results in members of that group being paid less than others for the same work.”

As shown above the discrimination can be subtle – i.e. embedded into the legal framework, as described above. It can also be violent- where the discrimination leads to attacks on the discriminated groups. This form of discrimination is allowed by the system- either because the legal system fails it’s people, as it does in countries where “rape is endemic; in others, girls are bought and sold in settlement of family debt, domestic violence and femicide remain all too common” (Source: IDLO) or because the government has a policy of violence against minorities- such as in Myanmar and Kashmir.

The Reason for the Systematic Discrimination

“The struggle of all groups and persons in society to be recognized as equal and valued members of society is the defining feature of democracy…It does this in the context of a lot of disagreement about how society should be organized and very strong conflicts of interests in how it should be organized. In these circumstances, the question arises as to who gets to decide on the collectively binding norms.” (Source: IPSP)

There is an incorrect belief that within a democracy this conflict can be mitigated or dealt with if the different groups have a say in government. If, for example, women are brought into parliament, then the women within the society will be treated better. This is a belief that hasn’t been translated into reality- passing certain laws, increasing aspects of the discriminated group’s rights and representation, doesn’t change the fact that the system is inherently flawed. There is always a group that will dominate over the other, there is always section of society that will ‘rule’ over the rest and they will judge others in accordance to their thoughts. When these thoughts are based on something other than religion, then they can be used to justify anything, especially when the dominating group has been conditioned to believe that they are superior to others.

This belief that some groups are superior to others is inherent in the Western system, and it impacts every aspect of their society as a result. The examples of this are immense, and it’s something that they themselves accept when they write their laws and study their system.

The question that arises as a result of this is: “How can we trust a system which doesn’t give these groups rights until they fight for them?”

If we look at Western society, we find many discriminated groups. One such group is the Black community in America who launched a movement in order for them to be seen as citizens of the USA (as one example) and gain what few rights that they have.

People will argue that the fact that they were able to fight for those rights meant that democracy worked- they were able to oppose the system and push for the changes in law that allowed them to gain their rights.

But is that really the standard that we set- unless you launch a full scale movement, and fight for your rights, you won’t get them? And even then, they are granted when it’s in the political elite’s interest to do so?

What’s more is despite these movements and protests, they have yet to be treated indiscriminately.

The end of slavery didn’t end racist policies in America. The community received the right to vote a century ago, but still face “massive disparities and inequalities in accessing the right to vote.” At first, this was discrimination was a result of “poll taxes, literacy tests, white-only primaries in some Southern states, and outright voter intimidation and violence at the polls for decades. “ Today, black community is disenfranchised due to felony charges (which are more common for whites than blacks), voting purges that impact black communities and barriers that limit their ability to register to vote or obtain the required ID. (Business Insider),

This systematic discrimination is exacerbated in America, as it has “an education system that fails Black Americans, substandard health care that makes them more vulnerable to death and disease, and an economy that leaves millions without access to a living wage.” According to a report, they also face hurdles when trying to get a job, and “face systematically higher unemployment rates, fewer job opportunities, lower pay, poorer benefits, and greater job instability.”

Then there’s the police brutality- George Floyd is but one example. According to a report as of June 2020, there were “a total (of) 429 civilians…shot, 88 of whom were Black… In 2018, there were 996 fatal police shootings, and in 2019 increased to 1004. Additionally, the rate of fatal police shootings among Black Americans was much higher than that for any other ethnicity, standing at 30 fatal shootings per million of the population as of June 2020”.

Black Americans, while citizens of the country, face discrimination. They aren’t protected by law, and they won’t be while living in this system. The same is true for women, and other minorities, whether they live in America or elsewhere.

We live in a system that exists denies people their rights, unless the government chooses to give it to them. The examples given here aren’t even a small percentage of what exists in the world today. But these examples shouldn’t come as a surprise- we live in a system where man makes the laws, and when that happens there will always be a few that benefit at the expense of the many. Every country across the world has their version of the ‘rich, white men’, and they have distorted the political, economic, cultural, and legal systems to ensure that it benefits them, at the expense of the rest of the people.

Imperialism failed to give people their rights- in fact, a lot of the discrimination and oppression that exists today is a result of the imperialist policies that existed for centuries. They came to the Muslim world, took Islam from us and left us with a system that failed us even as it failed their own people. Communism, which emerged as a way of correcting the failures brought forth by Capitalism, also failed. Now, the Liberal Capitalist system, that was supposedly better than the Imperial era, continues to fail us.

Across the world, there is a rise in the understanding that the problems are systematic- but even as they realize this, they try to encourage activism and legal changes in an attempt to fix the cracks in their system.

We need to remember that Islam was, and is, the only system that recognizes that every citizen is given their rights- regardless of gender, class, race or ethnicity. In fact, under the Islamic State, citizens aren’t distinguished based on their gender, class, ethnicity or race. They are either Muslim or non-Muslim, and both are guaranteed their rights, which are given to them by Allah and protected by the state.

Abu Daawood related from ‘Amr Bin Shu’aib from his father from his grandfather who reported a Hadeeth from the Messenger of Allah (saw) which included:

“The lives of all Muslims are equal; they are one hand against others; the lowliest of them can secure their protection.”

When a non-Muslim becomes a citizens of the State, it becomes “obligatory upon the State and the Muslims to fulfil and be loyal to the covenant and to provide him with good treatment. He is will be like the Muslims, he has what they have whilst what is upon them is also upon him within the scope of the Ahkaam Ash-Shar’i.” (Source: The Khilafah State and what has been called minorities (‘Aqalliyyaat) by Ustaadh Yaseen Bin ‘Ali)

“Whoever kills a Mu’aahid (non-Muslim under covenant) will not smell the fragrance of Jannah and verily its fragrance is found from a distance of forty springs (years).” (Bukhari).

And Abu Daawud that the Messenger (saw) said:

“Whoever oppresses a Mu’aahad (non-Muslim under covenant) or degrades him or burdens him above his capacity or takes something from him without good intention then I am his opponent (arguing against him) on the Day of Judgment.”

As a result the current sectors of society that are discriminated against lived and flourished under the Islamic State- living together, accepting the State’s protection and flourishing under a system that was based on Allah’s laws. This is something that the current political elite understand- and fear. But they can’t delay or change the inevitable- when Allah wills it, the Islamic State will return and be a blessing for all those who accept it.