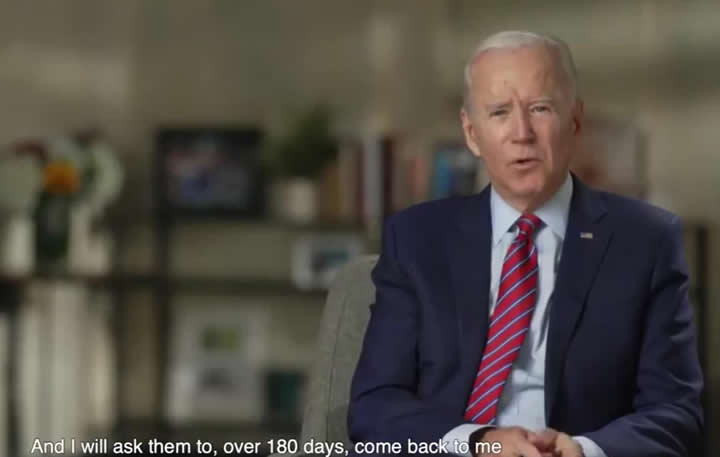 Biden Commissions Study to Rebalance the US Supreme Court

After the success of former US President Donald Trump in crafting a strongly pro-Republican US Supreme Court that could endure for decades, President Joe Biden has created a bipartisan 36-member commission that will spend six months examining ideas such as expanding the court or imposing term limits to balance partisan influence. But all that is being discussed realistically is balancing partisan influence, and not eliminating it, which serious observers do not consider possible, despite the alleged ideal that democratic systems follow of an independent judiciary.

American government like all western ruling systems is built on the idea of the separation of powers. The 18th century French thinker Montesquieu compared the British and Ottoman systems, claiming that the British was superior because power was not concentrated in the hands of the monarch alone but distributed within multiple ruling organs. The framers of the American constitution, convinced of Montesquieu’s arguments, designed the three separate branches of government, the legislature, executive and judiciary, as ‘checks and balances’ against each other. In reality, however, these checks and balances only serve to strengthen the elite against the general population, as the example of partisanship in the Supreme Court indicates. Real accountability is actually only possible in the case of a single ruler invested with complete authority who can be held directly accountable by the people. But in the complex of vague interconnecting authorities found in ‘democratic’ systems it is really only vested elite ‘insiders’ that can engineer desired outcomes. This is why the notion of the ‘ruling establishment’ has become so important to explaining the workings of modern democracies.

Islam obstructs the formation of a ruling ‘establishment’ beholden to vested elites by fully empowering the Khalifah (caliph) for life, so that he can appoint whomever he needs to assist him in ruling. He is then solely and explicitly responsible for any deviation of the state from Islam or from the interests of the Ummah. Any weakness in correcting him is then due to the negligence of the Ummah, as has happened from time to time in the past, and not because of any defect in the Shar’i system. Indeed, it was because of neglect that the state in its entirety was lost a hundred years ago. But with Allah’s permission, the Muslim Ummah shall soon re-establish the righteous Islamic Khilafah (Caliphate) State on the method of the Prophet (saw) that shall unify Muslim lands, liberate occupied territories, restore the Islamic way of life, and carry the light of Islam to the entire world. To prevent any neglect again occurring, the Ummah must be exhorted to strongly engage in political life, and the sincere and capable must be urged to commit themselves to becoming strong politicians and statesmen, participating both in ruling and accounting the state, both as individuals and through forming political parties that take only Islam as their ideology.

As the latest talks ended without result between Egypt, Sudan and Ethiopia over the Blue Nile Dam being built by the latter and opposed by the former two, Egyptian President al-Sisi threatened “all options are open”. The vast dam is expected to provide Ethiopia with immense strategic advantage through having control over the main supply of water for both Egypt and Sudan, which are downriver of the dam. Despite raging internal civil conflict centred on Tigray, Ethiopia is pressing ahead with its plans. Muslims will not be secure from external strategic threats until they re-establish the Khilafah State that shall, almost from its inception, enter the ranks of the great powers due to its overwhelming size, population, resources, position and ideology.

This week, Jordan’s King Abdullah pre-emptively quashed a coup attempt against his regime, detaining his brother and a number of others, who were later released. Jordan is apparently a ‘constitutional monarchy’ with an elected government. But those who desire change know that parliamentary systems are actually facades for the real authority which exist to protect it and oppose change. Real change in the Muslim world will happen when the sincere within the Ummah bypass existing systems and instead arise and overthrow both systems and the rulers that these systems protect.

Turkish President Recep Tayyip Erdogan has again found himself mistreated by the European media, this time over seating arrangements for European Commission head Ursula von der Leyen, whose being seated on a sofa instead of a chair is being presented as callous mistreatment of women on the part of Turkey. This despite the fact that matters of protocol, such as seating arrangements, are reviewed months in advance of such meetings. Rulers of Muslims such as Erdogan view themselves as inferior to the West and are thus always desirous of developing ‘good relations’ with Western countries. But in return they always suffer humiliation. These rulers shall soon be replaced by true, sincere, committed, ideological leadership that shall judge itself by its faithfulness to Islam and loyalty to the interests of Muslims; it is such leadership that will have real dignity, both in this world and the next.