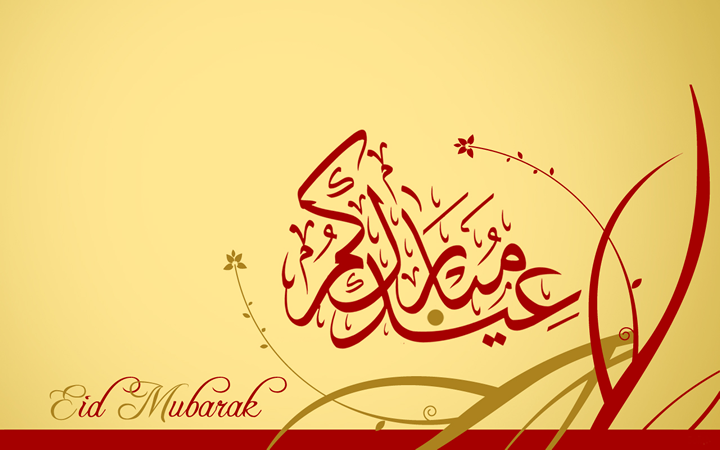 In the name of Allah Al-Rahman Al-Rahim… Praise be to Allah the Lord of the Worlds, the Reckoner of the actions of His slaves, The Ever-Affluent, in need of nothing in the world, the Owner of all Sovereignty, the Lord of Glory and Honour.

And peace and blessings be on the most honourable one who purified the Ka’ba from the abomination of the Mushrikeen and restored Makkah for Tawaf for the believers, our master Muhammad ﷺ and upon his family and all of his companions.

Al-Bayhaqi extracted in As-Sunan Al-Kubra on the authority of Saeed Ibn Jubair from Ibn Abbas that the Prophet ﷺ said: «مَا الْعَمَلُ فِي أَيَّامٍ أَفْضَلُ مِنْهُ فِي عَشْرِ ذِي الْحِجَّةِ. قَالُوا: يَا رَسُولَ اللهِ، وَلَا الْجِهَادُ فِي سَبِيلِ اللهِ؟ قَالَ: وَلَا الْجِهَادُ فِي سَبِيلِ اللهِ إِلَّا رَجُلٌ خَرَجَ بِنَفْسِهِ وَمَالِهِ فِي سَبِيلِ اللهِ ثُمَّ لَا يَرْجِعُ مِنْ ذَلِكَ بِشَيْءٍ» “No good deeds done on other days are superior to those done on these (first ten days of Dhul Hijjah).” Then some companions of the Prophet (ﷺ) said, “Not even Jihad?” He replied, “Not even Jihad, except that of a man who does it by putting himself and his property in danger (for Allah’s sake) and does not return with any of those things.”

So, we welcome Eid ul-Adha, a joy for the believers for the actions they performed in the ten days of Dhul-Hijjah.

Welcome to the day of Al-Hajj Al-Akbar, the joy of the pilgrims at the end of their quest for this great obligation.

Welcome to the Day of Sacrifice, the day Muslims offer their sacrifices to Allah, following the example of their forefather Ibrahim, peace be upon him.

Welcome to the days of Takbeer in which believers proclaim “Allahu Akbar”.

Eid descended this year and the situation is becoming worse worldwide. The Capitalist ideology that dominates the world has failed in its attempt to be a valid ideology for humanity, even though it has filled life with aspects of urbanism and material progress mixed with the secular ideology that rejects Allah’s right to legislate for His worshipers. The result today is a world teeming with inventions and discoveries populated by anxious troubled people. You find people with hearts void of hope in a life in the Hereafter, and those who suffer the embers of poverty, striving to get their daily bread (livelihood), and those killed by futile wars that are senseless and useless, and those deprived of the resources that they walk on, and those who rule and betray then are honoured, and those who have lost their gender identity and no longer know if they are male or female or even if they are a human being, and those who loot the wealth of people, impoverish them and still unsatisfied, and those people who commit suicide by the thousands after they lost their moral compass.

Then the West wants us, falsely and out of failure, to believe that this is the price we have to pay in exchange for technology and medicine!!

O Muslims: The majority of you do not find happiness living in your own country, and those of you who have security will be haunted by the miserable news of Muslims. Whoever is forced by you to migrate to escape persecution or corruption will not be content due to his eagerness to return to his home. Your condition is the same as the esteemed companions, some of whom took shelter in his clan, but remained troubled by the harm of the Quraish to his brothers, and some of them migrated to Abyssinia but did not rest throughout their stay there. And some of them were attacked by his clan, and were tormented and harmed. And this is still the state of the Companions until Allah (swt) helped them establish the Islamic State in Yathrib, Al-Medina Al-Munawara, which the Messenger of Allah ﷺ lit it up by Islam and the State of Islam…

Likewise, you (Muslims of this time) your life will remain without protection, the nations will fight for it, as the hyenas fight for their prey, until a state of the same nature of your creed is restored to you, that protects you, protects your interests and restores your affairs. On the authority of Thawban (freed slave of the Prophet) that the Prophet ﷺ: «يُوشِكُ أَنْ تَدَاعَى عَلَيْكُمُ الأُمَمُ مِنْ كُلِّ أُفُقٍ كَمَا تَدَاعَى الأُكَلَةُ عَلَى قَصْعَتِهَا» “The people will soon summon one another to attack you as people when eating invite others to share their dish” [Narrated by Ahmad].

And this attack will not be struck except by the state of Islam, the Khilafah Rashidah (rightly guided Caliphate) on the method of the Prophethood … So, we invite you to restore the Khilafah, in it is your strength and the pleasure of your Lord, and your exit from the hardship of living that afflicts the one who rejects the remembrance of Allah:وَمَنْ أَعْرَضَ عَنْ ذِكْرِي فَإِنَّ لَهُ مَعِيشَةً ضَنْكًا وَنَحْشُرُهُ يَوْمَ الْقِيَامَةِ أَعْمَى * قَالَ رَبِّ لِمَ حَشَرْتَنِي أَعْمَى وَقَدْ كُنْتُ بَصِيرًا * قَالَ كَذَلِكَ أَتَتْكَ آيَاتُنَا فَنَسِيتَهَا وَكَذَلِكَ الْيَوْمَ تُنْسَى “And whoever turns away from My remembrance – indeed, he will have a depressed life, and We will gather him on the Day of Resurrection blind * He will say, “My Lord, why have you raised me blind while I was [once] seeing? * [Allah] will say, “Thus did Our signs come to you, and you forgot them; and thus will you this Day be forgotten.” [Ta-Ha: 124-126].

Here are your blessed voices, Allah willing, filling the skies of the world, saying: “… there is no God but Allah, who fulfilled His promise and gave victory to His servant and strengthened His soldiers and defeated the parties (Ahzaab) Alone …” Indeed, victory is from Allah, but Allah linked victory in this world with work, and He forbade victory to those who said فَاذْهَبْ أَنتَ وَرَبُّكَ فَقَاتِلا إِنَّا هَاهُنَا قَاعِدُونَ “so go, you and your Lord, and fight. Indeed, we are remaining right here.” [Al-Ma’ida: 24].

So, their punishment was: فَإِنَّهَا مُحَرَّمَةٌ عَلَيْهِمْ أَرْبَعِينَ سَنَةً يَتِيهُونَ فِي الأَرْضِ فَلاَ تَأْسَ عَلَى الْقَوْمِ الْفَاسِقِينَ “Then indeed, it is forbidden to them for forty years [in which] they will wander throughout the land. So do not grieve over the defiantly disobedient people.” [Al-Ma’ida: 26].

Allah the Strong and Powerful, supports the honest and faithful who work to support His Deen: يَا أَيُّهَا الَّذِينَ آمَنُوا إِنْ تَنْصُرُوا اللَّهَ يَنْصُرْكُمْ وَيُثَبِّتْ أَقْدَامَكُم “O you who have believed, if you support Allah, He will support you and plant firmly your feet” [Muhammad: 7].

So, renew your resolve on this Eid … and to the work with us to establish the second Khilafah Rashida (rightly guided Caliphate) on the method of Prophethood; we invite you, may Allah bless us with His victory, verily He (swt) answers the supplication.