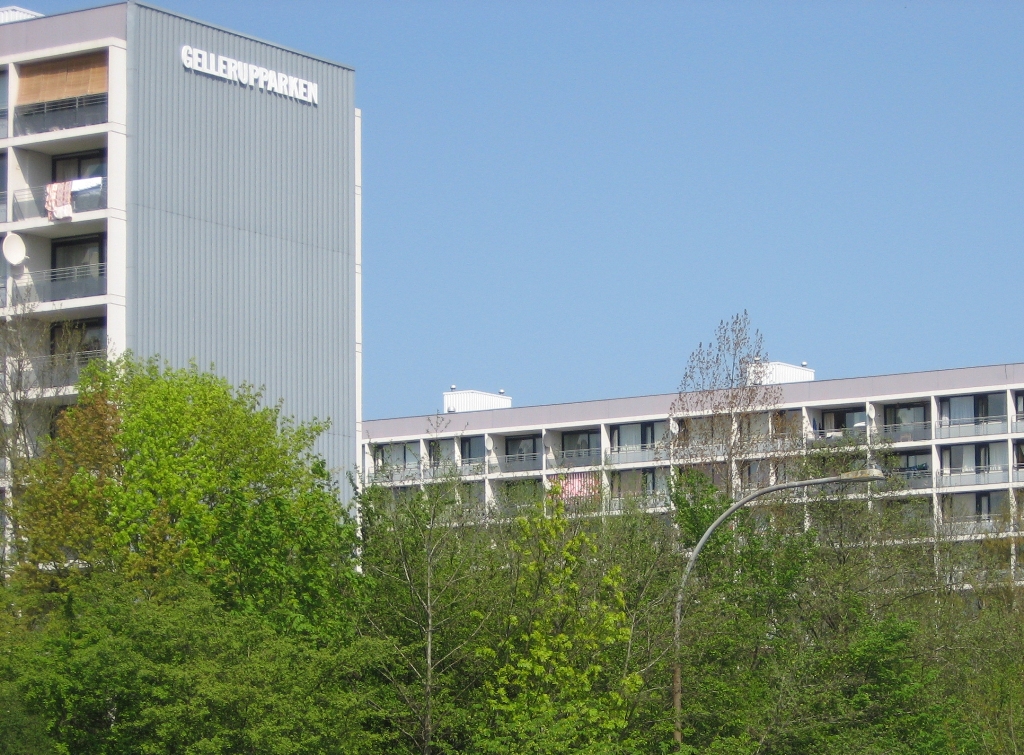 It is not new for the Danish government to pursue a policy of discrimination against Muslims; successive governments launched what they called the war of values ​​against Islam, and the Parliament has enacted many laws directed against Muslims at various levels.

This has happened over the past twenty years. In the same vein, the integration policy has been applied, and it is in fact an assimilation policy that has been integrated with the security policy. As for non-Western immigrants and their descendants; meaning Muslims in their political definition, they are the ones who pose a security and cultural threat, and they are the burden in economic terms!

With the city of Aarhus as an advanced model for the Danish government, housing policy has become part of this campaign. With the launch of the “ghetto” campaign in 2018, it was emphasized that the criterion used for considering a neighborhood as a “ghetto” is to be a concentration area for residents of non-Western backgrounds.

This criterion is a stigma for the residents, and opens the door wide for initiatives based on discrimination that have disastrous consequences for human lives. One such consequence is the forced eviction of residents, as well as obliging parents to send their young children to kindergartens. The ghetto plan was launched as part of the so-called war of values, in conjunction with the launch of a hostile discourse in which terms such as parallel society and “holes in the map of Denmark” were used, where Danish values had no sovereignty.

Recently, Minister of Housing, Kaare Dybvad, said clearly, during his visit last month to Nøjsomhed in the city of Helsingør: the Islamic values ​​are the problem in the ghettos. The Helsingør Newspaper quoted the Minister of Housing on June 11 as stating: “If there is an affiliation with Hizb ut Tahrir, then it is a sign that some of the residents are in a parallel society. They do not recognize our democracy, they believe that women are worth less than men, and everything is subject to religious dogmas. These are some values that are not Danish at all, and there is a need to be aware of that.”

While residents protest against the demolition of buildings, the Minister of Housing considers that the most important thing is to look at the beliefs and ideas of the residents, in order to legitimize the policy of discrimination practiced by the governments of his country!

Dear Muslims in the City of Aarhus

The policy of discrimination against you has been practiced for a long time; a sense of discrimination and insecurity is what the so-called ghetto plan leads to, and this is what people in many areas across Denmark feel, where forced eviction, building demolition, and other forms of injustice.

Years before the launch of the “Ghetto” population plan, the municipality of Aarhus discriminated against so-called ghetto areas. After the ghetto decision was taken, the municipal council launched more initiatives specifically targeting the Gellerup and Bispehaven regions.

Since the year 2014, discussions in the municipal council of the city of Aarhus have been taking place that more buildings must be demolished in the so-called ghettos.

As the association housing share became less than 40 percent of the total plan for the Gellerup region, but it was not implemented at that time because of the lack of consent of the residents, as the implementation is conditional on the approval of the residents as at that time no law had been passed by Parliament in this regard. There was strong opposition from the residents, and had it not been for the promise to build a large mosque in the center of Gellerup region, failure would have been the inevitable outcome of the plan. The majority of the residents in Gellerup region, west of Aarhus, is Muslims and carry Islamic ideas and feelings, so many of them looked forward to establishing the mosque and supported the municipal project for ghetto areas, but when the municipal council canceled the mosque project after the Danish TV Channel TV2 broadcast a program entitled “The Mosques behind the Veil”, Muslims were excluded from the scene.

On the other hand, whoever reads the 30 page agreement signed by the municipal council of the city of Aarhus, finds that it is not appropriate to use these two residential areas for the purpose of establishing mosques, places of worship or private schools, and thus the municipal council has merged its battle against Islamic private schools and the mosques in his housing policy; as if it was not enough that anti-Muslim politicians sent a service message to a large portion of a thousand families, reminding them that there is a possibility to obtain the sum of 100,000 kronor for those who choose to return to their country of origin. This brazen message, which was sent by the Aarhus Municipal Council, cannot be mistaken for “We will demolish your housing because there are large numbers of you in these areas, and you will take money if you choose to return permanently to your countries!”

Does one need more clarity to see the extent to which discrimination and racism against Muslims in this country has reached?!

The Aarhus population is not the same, as politicians claim. There are ordinary residents in the municipality of Aarhus, and there are residents of the Gellerup and Bispehaven regions, and discrimination against them has become evident.

For example, when the Municipal Council discussed the possibility of confiscating some buildings in Solbjerg to provide a place for the construction of the railway line and the inconvenience this could cause to the population, in which case six Danish families will be affected, the municipality rejected the proposal to construct the railway, which was in the municipality’s response to the Transport, Building and Housing Committee, on April 17 of 2018, and explained its refusal by it having a negative impact on people. But when it comes to the predominantly Muslim residents of Bispehaven and Gellerup regions, more than 1,000 families have received the message that your homes will be demolished, and you will be left to your unknown fate. The policy in place in the region is a double standard policy, and mosques or Islamic schools are not permitted.

The population in the so-called ghetto areas was classified as second-class citizens. And all this happens to get rid of what they call the parallel society!

The angry reactions of politicians to the small demonstrations of Muslims in Aarhus, which were interspersed with call to prayer (Adhan) or prayer, reveal the reality of the hatred that fills their hearts against Islam and that is clearly evident in their policies. For quite some time, you have been subjected to injustice and accusation in these countries, and the reason for all this is their prejudice against your Islamic values ​​and identity.

Following the so-called Aarhus model of countering extremism, the behavior and attitudes of Muslim youth are monitored in so-called preventive measures, and the authorities are doing their utmost to intimidate Muslim youth who show the first sign of development of their Islamic identity. The Islamic values ​​of families are also being fought, under the guise of the so-called anti-social control. This series of policies directed against Muslims demonstrates and assures us how the so-called ghetto law is used as a weapon through which they practice a policy of discrimination. But O Muslims, do not be sad, for Allah Almighty says to us: وَلَا تَهِنُوا وَلَا تَحْزَنُوا وَأَنتُمُ الْأَعْلَوْنَ إِن كُنتُم مُّؤْمِنِينَ “So do not weaken and do not grieve, and you will be superior if you are [true] believers.” [Al-i-Imran: 139].

O Muslims in Aarhus in particular and in Denmark in general:

We are your brothers in Hizb ut Tahrir, with you and a part of you, we rejoice in what you rejoice and we are saddened by what makes you sad.

We invite you to be the guardians of your Islamic identity, to adhere to your Islamic values, and to follow the example of the Messenger of Allah Muhammad ﷺ and his honorable companions, and, God willing, we will not submit to pressure whatever it is.

Hizb ut Tahrir will always expose the anti-Islam policies and will stand up to attacks targeting our Islamic identity. We invite you to stand and work with us to preserve and protect Islamic values ​​in this country, as well as to work worldwide to restore Islam in its entirety to the whole world by establishing the Khilafah Rashidah (rightly-guided Caliphate) in Muslim countries, which will restore righteousness and justice, and remove injustice and oppression, not only from Muslims alone, but from All people.