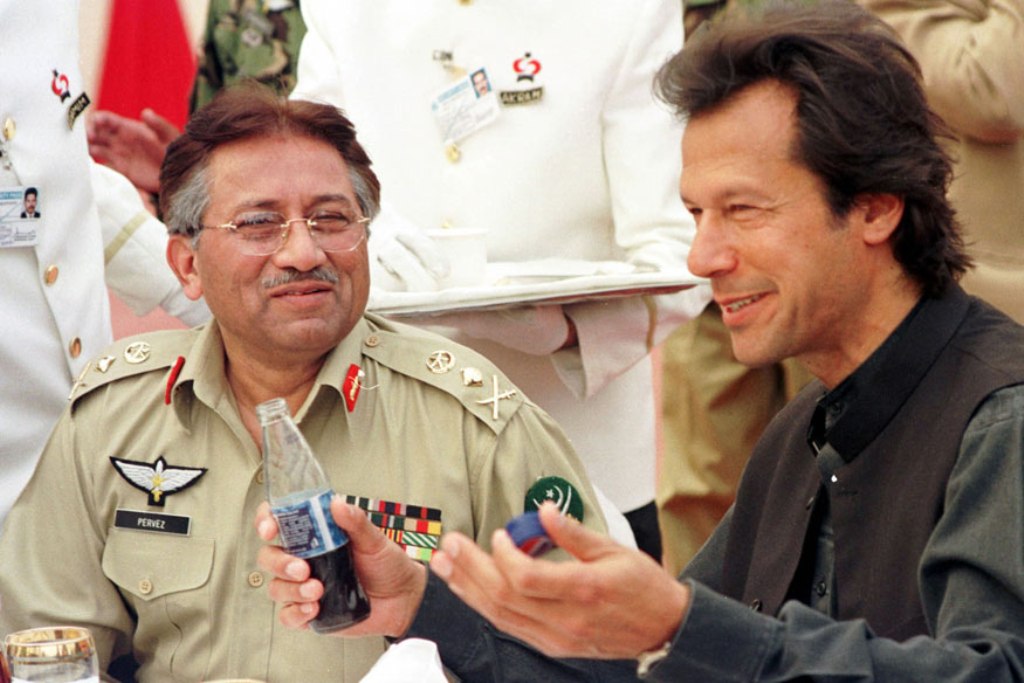 Pervez Musharraf will be remembered in Pakistan’s history as the treacherous Abu Raghal who guided the forces of Abraha towards Al-Ka’aba Ash-Shareef. After toppling the government of the failed American agent, Nawaz Sharif, in 1999, Musharraf declared Mustafa Kamal, who abolished our Khilafah, as his ideal. Musharraf surrendered all the important interests of Pakistan on the instructions of America. Musharraf’s treachery is evident on every front including betraying the Islamic identity, Kashmir, the Afghan policy, the nuclear program, the economy, internal and external sovereignty and energy security.

Upon just one phone call, Musharraf handed over the Muslims of Afghanistan to the oppressive Americans, which was unprecedented treachery. It was Musharraf who handed over air fields, air corridors, land routes to crusading kafireen and secured the NATO supply line to attack Afghanistan. Destroying the internal security of the country, Musharraf allowed American private military organizations to establish a large footprint and spread their toxic grasp of the country. He conducted a treacherous crackdown against Kashmiri Mujahideen groups, smashing the foundations of Jihad in Kashmir. He provided India an opportunity to build permanent fencing along the 740 Km long Line of Control (LoC). Pervez Musharraf even targeted Pakistan’s nuclear program, retiring important scientists and handed over details of Pakistan’s nuclear program to the US. On the instructions of America, Musharraf started military operations against the Pashtoon fighters in the tribal areas of Pakistan, to disrupt Jihad against the American occupation of Afghanistan. Musharraf allowed America to conduct drone attacks inside Pakistan that slaughtered civilians and noble tribal fighters alike. Musharraf initiated the project of making Pakistan a secular and liberal state, under the banner of “Enlightened Moderation,” and used state force to spread liberal immodesty and undermine Islamic family values.

Certainly the name of Pervez Musharraf will always be remembered along with the names of Mir Jaffar and Mir Sadiq, as he handed over a Muslim land to the US ambassador, sold hundreds of Mujahideen to the US for dollars and handed over our daughter and sister, Afia Siddiqui, along her innocent children to America. Musharraf burned hundreds of pious daughters with white phosphorus in Lal Masjid in the heart of the capital. After all of these crimes, Musharraf has been sentenced to subverting a man-made law, so that his most cruel and heinous crimes can be papered over, because the current political and military leadership is following the vision of Pervez Musharraf in letter and spirit. Certainly no court in this secular system can provide justice for the crimes of Musharraf. He will get his true sentence in the courts of the Khilafah (Caliphate) soon inshaaAllah and what he will face on the Day of Judgment will be far worse, so let the current traitors take heed. Allah (swt) said, إِنَّ الْمُجْرِمِينَ فِي عَذَابِ جَهَنَّمَ خَالِدُونَ * لَا يُفَتَّرُ عَنْهُمْ وَهُمْ فِيهِ مُبْلِسُونَ * وَمَا ظَلَمْنَاهُمْ وَلَكِنْ كَانُوا هُمُ الظَّالِمِينَ “Surely the guilty shall abide in the chastisement of hell. It shall not be abated from them and they shall therein be despairing. And We are not unjust to them, but they themselves were unjust.” [Surah az-Zukhraf 43:74-76]