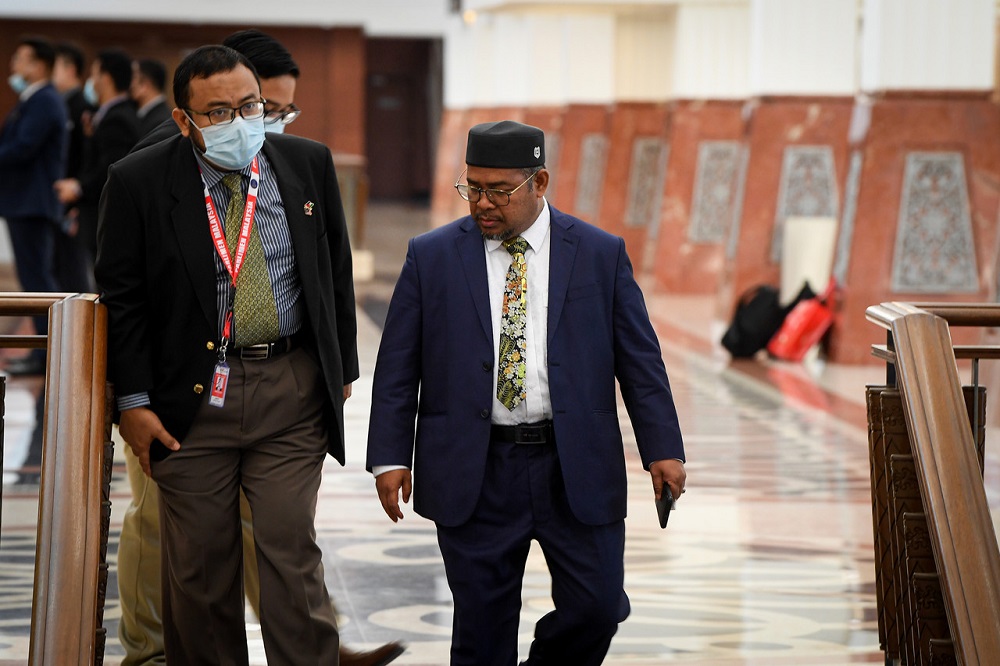 For the past few days, netizens have mounted fierce attacks on the Ministry of Health (MOH) Facebook page concerning what is perceived to be an unfair compound slapped on the Plantation Industries and Commodities Minister, Dato Dr. Khairuddin Aman Razali. Khairuddin who hails from the Malaysia Islamic Party (PAS) had violated the 14-day quarantine law stipulated by MOH’s Covid-19 standard operating procedure (SOP). All Malaysians returning from overseas within the Movement Control Order (MCO) period are required to undergo a 14-day quarantine and violators of the law will be heavily fined. Khairuddin who had visited Turkey between July 3 and 7, was noticed to be present at the Parliament on July 13, clearly violating the quarantine. Khairuddin paid the compound of RM1,000, apologised and donated 4 months of his salary to the Covid-19 cause. However, this is not the issue. The attacks concern the glaringly unfair treatment received by the rest of the population compared to the elites who broke this law.

Among the issues raised by netizens are the unfair punishments received by normal citizens who failed to observe the Covid-19 SOP. Comparison of Khairuddin’s punishment to the cases of ‘makcik gelang pink’ (pink bracelet aunt) who was fined RM8000 and jailed for one day, Maksan who was fined RM4000 and jailed 5 days and Nizar Sivagangga who was fined RM12000 and jailed for 5 months continue to dominate the social media. What made it worse is that the reason for the unfair treatment is well known! Khairuddin will lose his parliamentary seat if he faces a fine of RM2000 or jailed. On this, a netizen commented, “..MOH had to follow since this is ‘kluster kayangan’… shame on you”. ‘Kluster kayangan ’ (heavenly cluster) refers to a troll term used to tease the elites who break Covid-19 SOPs. Netizens were also quick to dig up past news on PAS commenting on similar issue in the past. And they have indeed found examples of PAS criticizing similar government treatment of elites when they were in the opposition seats. Now, the same thing slams right in their faces.

One can’t deny that it is a joy reading netizens commenting on the issue in social media but if we look at this issue fundamentally, when the dust has settled, nothing will be left but words of criticism cemented in the media. Kluster kayangan will continue linger and the elites will continue to get away with the crimes they commit. This is democracy. Are we going to continue to trust such system in implementing justice? What had transpired is just one small instance where blatant inequality is demonstrated. Democracy is a system of the minority, the elites, by the elites, for the elites. Democracy has, by default, the propensity to be unfair, to allow different treatments of the law, for two different ranks of people. It is by nature a system that brews ‘dua darjat’ (two ranks) in its belly. Sincere leaders, especially those claiming to ‘champion’ Islam must have heard of this hadith of Rasulullah ﷺ: «إِنَّمَا أَهْلَكَ الَّذِينَ قَبْلَكُمْ أَنَّهُمْ كَانُوا إِذَا سَرَقَ فِيهِمُ الشَّرِيفُ تَرَكُوهُ، وَإِذَا سَرَقَ فِيهِمُ الضَّعِيفُ أَقَامُوا عَلَيْهِ الْحَدَّ، وَايْمُ اللَّهِ، لَوْ أَنَّ فَاطِمَةَ ابْنَةَ مُحَمَّدٍ سَرَقَتْ لَقَطَعْتُ يَدَهَا» “Verily, the people before you were destroyed in that when an elite amongst them steals, he is left alone (not punished) but when a weak (normal) person amongst them steals, they implement hudud on him. By Allah! If Fatima the daughter of Muhammad stole, I would cut off her hand!” [Narrated by Bukhari, Muslim, Abu Dawud, an-Nasai, at-Tirmidzi, Ibnu Majah dan Ahmad]

Let them then, take heed from this hadith, else, they will continue to face trials that would turn them away from obeying Allah (swt) as long as they put their trust on this wretched system!