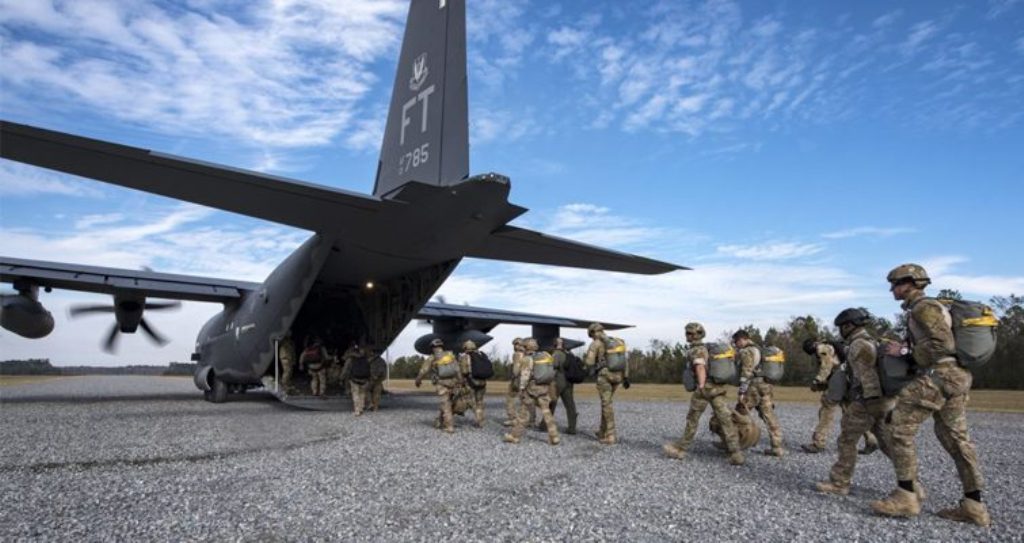 According to Time Magazine:

Most veterans of the 18-year war in Afghanistan wouldn’t have predicted this was how the fightback after the attacks of 9/11 would end: with the U.S. President calling the conflict a waste of American blood and treasure, and a U.S. peace deal with the Taliban forcing Afghan officials to sit down with the militants and discuss dismantling a government the U.S. helped build.

The long-awaited U.S.-Taliban deal to end the war, signed on Feb. 29, has not had a smooth start. Days after it was penned, the militant group attacked Afghan forces in the south of the country, apparently over the Afghan government’s initial refusal to release 5,000 prisoners, a condition written into the deal before intra-Afghan talks can start. U.S. forces in Afghanistan, which have long provided air support to Afghan troops, bombed Taliban positions in response. Afghan President Ashraf Ghani has since agreed to release some of those prisoners, according to the U.S. Secretary of State, but it’s not clear how many, or if it’s enough to get both sides to show up for talks.

The country’s leadership remains in a steady state of political crisis. On Monday, there were two separate Afghan presidential inaugurations held in the capital city, Kabul: one ceremony for Ghani and one for the other claimant to the presidency, his rival Dr. Abdullah Abdullah, who has rejected last September’s election results claiming rampant voting fraud.

President Donald Trump has shown no sign of souring on the agreement, calling the Taliban “warriors” in remarks to supporters last week, and even conceding the militants may one day take the country back from the Afghan government. “You can only hold somebody’s hand for so long…. It’s not supposed to happen that way, but it possibly will,” he told reporters Friday at the White House. And though it’s not certain when or if the Taliban will sit down with the Afghan government, on Monday U.S. forces spokesman Col. Sonny Leggett announced the U.S. will draw its troop numbers down from 13,000 to 8,600 in the next 135 days, per its agreement with the militant group.

Trump’s embrace of the Taliban has landed like a gut punch to some of the men and women whose lives have been changed forever by the war. Even for veterans who think the U.S. should get out of Afghanistan, it looks a lot like Washington is backing the people who plunged Afghanistan back into the middle ages in the 1990s, harbored al-Qaeda as it plotted the 9/11 attacks on New York and Washington, and killed thousands of American troops since, instead of backing a modern Afghan government that holds elections, and allows women to vote, work outside the home, and ditch veils if they so choose.

As long as the world had two balanced superpowers, it was not possible for either one of them to take Muslim lands by force. The Soviet Union invaded Afghanistan but it was successfully pushed back by America, who provided support for the Afghan Mujahideen through Pakistan. However, when the Soviet Union fell, America found itself with the unique opportunity to enter Muslim lands unopposed by any other power in the world. America invaded and occupied Afghanistan immediately after the events of 9/11 in 2001. Then in 2003 America entered Iraq. It is clear that America had visions of a vast new American empire but what America had never expected was that it would be the Muslims themselves, unassisted by any other power, who would make it impossible for America to sustain its control over Muslim land. Within a few short years, America realised the great mistake it had made. In 2011, US Defence Secretary Robert Gates, addressing American military cadets at West Point, stated, “In my opinion, any future defense secretary who advises the president to again send a big American land army into Asia or into the Middle East or Africa should ‘have his head examined,’…”  And sure enough, that year America planned the invasion of Libya without American ground troops, relying on air and sea power only to collapse the regime, with the consequence that Libya remains engulfed in factional war until now. And when the revolution began in Syria, then America again refrained from directly coming to the support of the Assad regime and instead orchestrated one of the most complex military engagements in history tasking some countries to fight on behalf of the Assad regime and others to ‘support’ revolutionary factions in order to gain leverage over their movements and planning. And now, almost two decades after it all began, America is planning its final exit from Afghanistan also, handing the country back to the very Taliban that the Americans unseated in their 2001 invasion.

The rise of Muslims is proven not only by the ongoing reality before us but by the divine texts also. Allah (swt) says in the Noble Qur’an: وَعَدَ اللَّهُ الَّذِينَ آمَنُوا مِنكُمْ وَعَمِلُوا الصَّالِحَاتِ لَيَسْتَخْلِفَنَّهُمْ فِي الْأَرْضِ كَمَا اسْتَخْلَفَ الَّذِينَ مِن قَبْلِهِمْ وَلَيُمَكِّنَنَّ لَهُمْ دِينَهُمُ الَّذِي ارْتَضَىٰ لَهُمْ وَلَيُبَدِّلَنَّهُم مِّن بَعْدِ خَوْفِهِمْ أَمْنًا يَعْبُدُونَنِي لَا يُشْرِكُونَ بِي شَيْئًا وَمَن كَفَرَ بَعْدَ ذَٰلِكَ فَأُولَٰئِكَ هُمُ الْفَاسِقُونَ “Allah has promised those who have believed among you and done righteous deeds that He will surely grant them succession [to authority] upon the earth just as He granted it to those before them and that He will surely establish for them [therein] their religion which He has preferred for them and that He will surely substitute for them, after their fear, security, [for] they worship Me, not associating anything with Me. But whoever disbelieves after that – then those are the defiantly disobedient.” [An-Nur: 55]

With Allah’s permission, the righteous Islamic Khilafah (Caliphate) State on the method of the Prophet ﷺ shall soon be re-established, ejecting the foreign disbeliever and the agent ruling class that serves him, unifying Muslim lands and implementing the divine law, and carrying the pure message of Islam to the entire world.