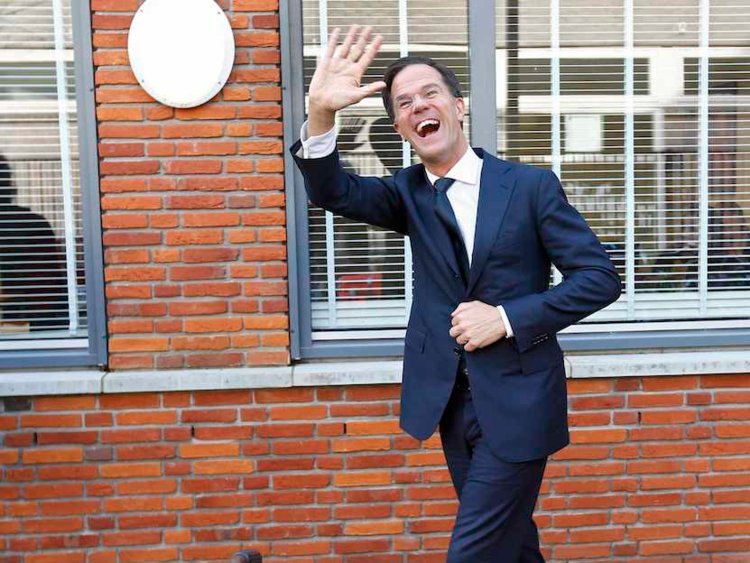 On Friday evening of the 3rd May a panel-discussion was planned with two respected guest-speakers from the Muslim community, Imam Ismail Abou Soumayyah and Kamal Aboe Zaid, member of Hizb ut Tahrir. But as far as VVD, CDA and Leefbaar Rotterdam concerns this panel discussion in which wisdoms from the sayings of the beloved Prophet Muhammad ﷺ would be discussed, should be stopped. These parties state that the partaking of a member of Hizb ut Tahrir is “unwanted” and even “especially dangerous”. A VVD-council member goes even further by saying: “Our fellow Islamic citizens should be protected from the toxic ideas of the folks. The arrival of this person should be prevented.”

At first we doubted whether we should react to these local rattling fools whose goal is to pour their guts out against Islam and the Muslims and spread false anti-Islam propaganda. However, we eventually decided to react. This event should serve as an example of which we as a Muslim community should learn from. To start, the “toxic ideas” they refer to and were supposed to be the topic of the panel discussion are lessons from a narration of our beloved Prophet ﷺ, from the well-known hadith collection 40 ahadith of an-Nawawi.

The tone utilized in this smear campaign is characteristic for the anti-Islam policy that is being carried out nation-wide. The goal is to demonize and attack all ideas which they find displeasing. It is also a sign of haughtiness as they now also want to determine who gets to speak and who does not, which subjects get discussed and which do not. This is the epitome of intimidation politics.

Muslim organizations have been openly pressurized, demonized and intimidated for years as to make them come into line with the whims and wishes of the oppressors. Despite the fact that they have not done anything wrong nor did they commit a criminal offense. Tanya Hoogwerf of Leefbaar Rotterdam described it crystal clear in her tweet when it became known that the organization succumbed under to the pressure. She wrote “Well. That was an effective day of work. I hope the message is clear. Caliphate huggers are not welcome.” Even though there is not any legal objection against the panel discussion.

These people do not care whether, to put in their words, someone is “moderate” or “radical”. Simply because they have a problem with Islam. Muslim organizations that are known as “moderate” are being pressurized to ban certain ideas and persons that have been deemed “unwanted” by the secular liberal thought and threatening the legitimacy of Muslim organizations that are deemed “radical”. So in both cases there is a case of intimidation and forcing their will. The message is clear, as a Muslim or Muslim organization you will never ever be truly accepted, unless you leave Islam completely.

Buckling under the pressure of these intimidation politics will not be of any benefit to us as Muslim organizations. On the contrary, by submitting to the false anti-Islam policy and intimidation politics, we shall eventually lose our Muslim identities and keep the anti-Islam policy on its feet. We as a Muslim community should ensure they do not play us off against one another. For us as a community there is not greater importance and benefit than realizing unity among ourselves, likewise there is not greater loss than being divided.

VVD’s, CDA’s and especially Leefbaar Rotterdam’s wish is to repel Hizb ut Tahrir from Rotterdam, which is curious. It was Tanya Hoogwerf from Leefbaar Rotterdam herself who invited us years ago to partake in an “Islam debate” which was organized in Rotterdam. Since the event was infused with superficial statements that would only fuel the anti-Islamic climate and since everything about it pointed out that was not really about an “Islam debate”, we refused to partake. We stood firm on our view, despite her numerous attempts to change our minds. This not only confirms the double standards that are being used. But also the false sense of superiority making them want to decide who speaks, how they speak and where they speak.

Lastly, to her and everyone else that suffers from a delusional sense of superiority, Hizb ut Tahrir is already established in Rotterdam, even long before Leefbaar Rotterdam came about in the first place. And the party is embraced by many Rotterdam citizens.