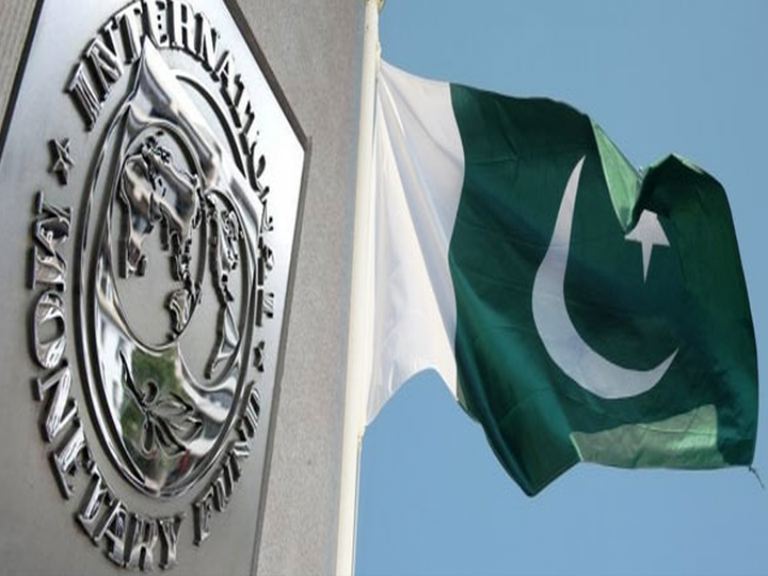 In its press release no. 19/157, dated 12 May 2019, the International Monetary Fund confirmed an agreement with Pakistan’s rulers, subject to approval by the IMF’s board of directors in Washington. Pakistan’s new budget will increase the tax burdens on its people, with the IMF stating that the budget will, “eliminate exemptions, curtail special treatments, and improve tax administration.” Pakistan is to suffer even greater inflation by weakening of the Rupee, with the press release highlighting, “a market-determined exchange rate.” The IMF is a Western colonialist tool which works to ensure that states never threaten colonialist economies by throwing them into debt traps, whilst securing large financial profits for the international loaning mafia. The IMF reduces state treasury revenues from the available abundant resources in the country, by insisting on widespread privatization of energy, minerals and large-scale industry. Deprived of significant revenues, the state becomes a beggar, begging for interest-based loans from the East and the West and for massive, taxation from the people. To make matters even worse, the IMF demands the weakening of the local currency that unleashes rampant inflation, choking domestic trade and production.

O Muslims of Pakistan! Just like the previous rulers, the Bajwa-Imran regime is working with the IMF to dig Pakistan into a deeper pit of debt, ruin and despair. There will be no relief, recovery or rescue for the economy without the re-establishment of our great Deen to govern our affairs. The Khilafah (Caliphate) on the Method of Prophethood will firmly reject the IMF, its membership, its loans, interest payments and conditions that are undermining our economy. Instead, the Khilafah will generate the equivalent of billions of dollars for the state treasury by implementing Islam. It will implement the Islamic ruling for energy and minerals, which is that they are a public property, supervised by the state to ensure its entire benefit is for the people’s needs. It will implement the Islamic rulings on company structures, which restrict the scale of private ownership of capital intensive industry, such as large scale manufacturing, construction and transport, allowing the state to be able to look after our affairs. The Khilafah will implement the Islamic rulings on revenue generation, such as Zakah on trading merchandise and Kharaaj on agricultural land, whilst abolishing oppressive taxation, such as GST and income tax, which does not take into account the poverty of individuals. It will implement the Islamic ruling on currency, ensuring that it is backed on the firm basis gold and silver, rather than being tied to the dollar, thus ending the root cause of relentless inflation, restoring a currency which ensured the Khilafah enjoyed stable prices for over a thousand years. So in loyal submission to Allah (swt), strive with the advocates of the Khilafah to ensure the end of the colonialist dominance of our affairs. Allah (swt) said, وَلَن يَجْعَلَ اللَّهُ لِلْكَافِرِينَ عَلَى الْمُؤْمِنِينَ سَبِيلًا “…and Allah does not allow the Believers to grant the kafireen authority over them.” [Surah An-Nisa: 141]