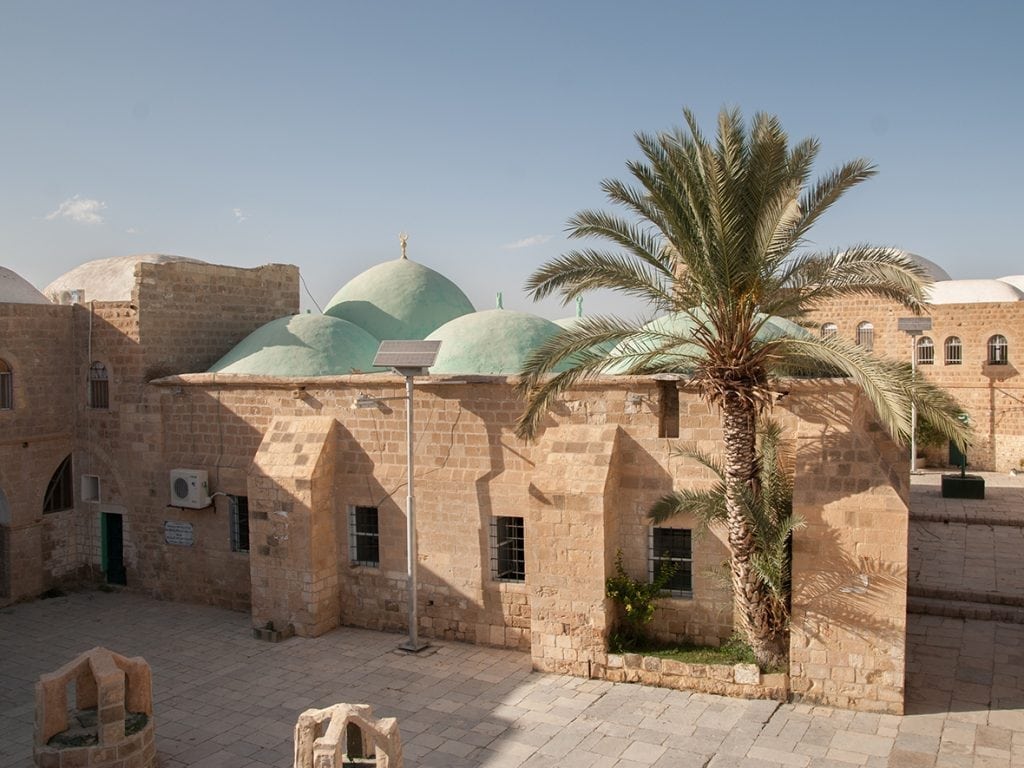 The Jericho Magistrate’s Court extended the detention of Sama Abd al-Hadi for two weeks, due to her supervision of the immoral party inside the Mosque of the Prophet Musa and its shrine. The Public Prosecution charged her with two charges, namely, “desecrating a religious place” and “violating emergency measures to prevent the spread of Coronavirus.” The Ministries of Tourism and Endowments exchanged accusations about allowing the band to organize this concert. The Prime Minister ordered an investigation to find out who was responsible.

At a time when the Palestinian Authority closes mosques and schools, and restricts people’s worship, livelihood, and education under the pretext of curbing the spread of the Covid-19 virus, it allows such disgraceful mixed parties to be held in a sacred place, which is the mosque and shrine of the Prophet Moses, peace be upon him. The great calamity is that the government, as usual, clings to the surface and deliberately ignores the basis. The Ministries of Tourism and Endowments – whose portfolio is held by the Prime Minister – are exchanging accusations about who gave permission to that group to hold this party. They want to appear that they do not know about the matter, and that it came randomly and not with their planning, organization and approval. Thus, they have shown that they are unconcerned about the feelings of Muslims and their sanctities. As usual, and as expected, the case will end by charging a person or several people like this Sama, and it will be closed just as many cases were closed before it, that highlight the corruption of the Palestinian Authority, its subordination and its decline in the quagmire of compromising all principles, morals and values ​​as it has forsaken the land.

On the other hand, women’s associations and CEDAW promoters revealed more clearly the ugliness of their faces and the despicability of their goals, as they set out to defend the alleged Sama strongly, as if she did not commit a crime, but rather organized an artistic event to support tourism, and that her arbitrary arrest came to satisfy the angry public opinion.

They call immorality an art, the forbidden mixing is freedom, and desecration of sanctities is promoting tourism! While we did not hear their voices when the government bullied the educators of generations who were forcibly retired, and some of them were summoned for investigation, only because they say the word of truth and demand their rights!! They are only directed to defend those who corrupt young men and women and introduce concepts and behaviours that are far from our Deen and our customs, until they are able to change laws and make them pure “CEDAW” laws.

This is another danger that sounds off the alarms over your heads with all force and violence, telling you that the Palestinian Authority is insisting on its path and its plans to abandon honour, morals, values and Deen, just as it has abandoned the land and sanctities. And if you do not stand up to it and face its detestable CEDAW plans as one hand, corruption will spread more and more, and your daughters, wives and sisters will turn against you in contradiction to the Shariah and Deen.

Is what we are suffering not enough, in terms of distress, diseases and disasters, as described in the words of the Allah (swt): ظَهَرَ الْفَسَادُ فِي الْبَرِّ وَالْبَحْرِ بِمَا كَسَبَتْ أَيْدِي النَّاسِ لِيُذِيقَهُم بَعْضَ الَّذِي عَمِلُوا لَعَلَّهُمْ يَرْجِعُونَ “Corruption has appeared throughout the land and sea by [reason of] what the hands of people have earned so He may let them taste part of [the consequence of] what they have done that perhaps they will return [to righteousness]” [Ar-Rum: 41]?

So, will you concede?