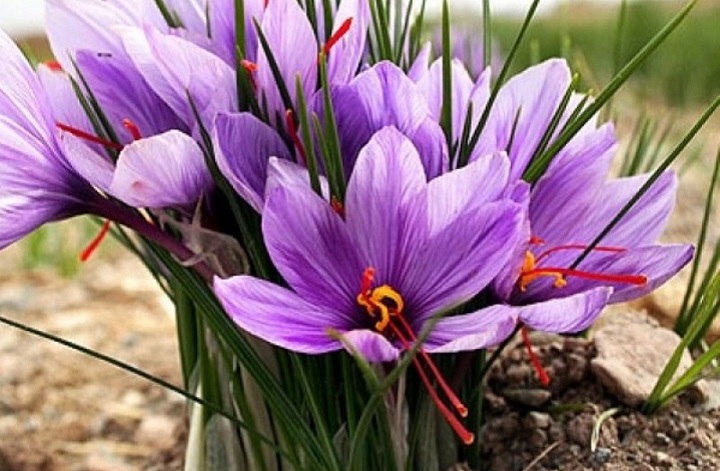 The re-takeover of Afghanistan by the Taliban has predictably been followed by a wave of allegations and torrent of fearmongering from Western governments, gender equality advocates and the secular media regarding what the implementation of the Islamic Shariah laws would mean for the future of women in the country. Lies and propaganda are abound against Islamic rule with accusations that it would create a state where violence against women is rife, girls are denied education, and women are deprived of the right to work and engage in the political life of their society. In response to this long-standing and familiar Western secular tradition of concocting fabrications regarding the oppression of women under the Shariah, we highlight the following points:

1. It is blatantly clear that Western governments and various sectors of the secular media hold no genuine concern towards the wellbeing and rights of women and girls in Afghanistan, and indeed of Muslim women in lands across the world. Where was this concern when thousands of Afghan women and girls were being killed, hundreds of thousands more were dying from hunger and disease and were displaced from their homes, or made war widows forced to struggle for daily survival in a land in which the economy, infrastructure, education and health care system was decimated as a consequence of this two decade long Western colonial war and occupation?! And where was this concern when Western governments were supporting the Northern Alliance into power – a gang of warlords with a notorious record of crimes against women? And where is this concern towards women’s rights when Muslim girls in secular states such as France, Belgium, Denmark, and The Netherlands are denied the right to an education due to repressive hijab and niqab bans; or when Muslim women in Western-backed regimes such as Kyrgyzstan, Uzbekistan and Bangladesh are persecuted, imprisoned and tortured for speaking out against the oppression of their rulers or simply for calling for Islam? Muslim women are well-aware of the historical record of Western secular governments and media exploiting the women’s rights card to justify colonial interventions and spread secular liberal values in the Muslim lands to fight the return of a purely Islamic model of governance, for the sake of maintaining Western hegemony over the politics and economics of the region.

2. The idea that Afghanistan was a success story for women under a Western imposed secular regime and system, and that women and girls now risk losing their so-called ‘hard-won’ rights is farcical! In 2011, a survey by TrustLaw, a news service run by Thomson Reuters Foundation, which interviewed over 200 “gender experts” globally, classified Afghanistan as the most dangerous country in the world for women due to the scale of violence, dismal health care provision and brutal levels of poverty. Today, Afghanistan ranks second to last in women’s wellbeing according to the 2019 Index compiled by the Georgetown Institute for Women, Peace and Security in Washington and the Peace Research Institute in Oslo. According to 2017 Afghan government figures, more than 50% of pregnant women did not have access to essential health services. A 2019 report by UNICEF found that 3.7 million children were out of school in Afghanistan, with 60% of them girls. Human Rights Watch has reported that two-thirds of girls in the country still do not go to school and over 40% of all schools do not have buildings. And after 20 years of western occupation, over 80% of women remain illiterate in the country, rising to 90% in some rural areas (UNESCO). The mirage of lifting women’s oppression under a secular leadership and system has been utterly decimated, along with the lives of the women of Afghanistan, Iraq and other lands that have suffered Western interventions.

3. Western secular governments are in no place to lecture about women’s rights, when they preside over an epidemic of violence, sexual harassment, exploitation, trafficking, poverty and other injustices and abuses against women within their own lands due to their corrupt and flawed capitalist, secular and liberal values and systems, which have devalued the status of women, sanctioned their sexualisation and objectification for profit, and created a mindset in many men that it is acceptable to treat women as they wish. In America, 3 women are killed every day by domestic violence (Bureau of Justice), and 1 in 5 women have been raped in their lifetime (Centre for Disease Control and Prevention). A third of all women in the EU have experienced violence since the age of 15 (European Union Agency for Fundamental Rights). In Australia, a woman is hospitalized every 3 hours due to domestic abuse (Australian Institute of Health and Welfare). And in England and Wales, 85,000 women are victims of rape or attempted rape every year (Office for National Statistics).

4. The impression being created that the masses of women in Afghanistan fear the implementation of Shariah and desire a secular future for their land is Western colonial-engineered fictitious nonsense. It is a continuation of an orientalist vision of the world and a deluded belief that the Muslim populations of the Muslim lands wish to abandon Islam and embrace a secular liberal life, and view Western secular democracy as the means to liberate them from oppression – oppression which Muslims globally recognise has been caused primarily by Western implanted and Western -backed secular and other man-made regimes and systems, and not by the rule by Islam or implementation of Shariah. The Muslim women of Afghanistan and across the Muslim world have a strong attachment to their Islamic beliefs, practices and laws as they have for centuries. A 2017 report of Muslims – men and women – in 39 countries by the PEW Research Organisation, found that 99% of Muslims in Afghanistan favour making the Shariah the official law in their land. Overwhelming majorities in other Muslim lands including Pakistan, Bangladesh, Iraq, Egypt, Indonesia, Palestine and Jordan also supported ruling by the Islamic Shariah. This is to be expected, for Muslims realize that it is the Lord of the Worlds (swt) Alone Who knows best how to organise a society and state to ensure the rights of all – male and female – are secured in the most just and harmonious manner. Allah (swt) says: [أَلَا يَعْلَمُ مَنْ خَلَقَ وَهُوَ اللَّطِيفُ الْخَبِيرُ] “Does He Who created not know, while He is the subtle, the Acquainted.” [Al-Mulk: 14].

5. It is a well-known fact that Islam led the world in raising the status and dignity of women and protecting them from violence, objectification and exploitation such that any act of harm against women was classified as a grievous crime deserving of a severe punishment. In addition, Islam was a pioneer of women’s political, educational, economic and judicial rights centuries before the West even recognised that women had a soul and the same intellect and worth as men. This included providing women the right to elect their ruler, be an elected representative of their people, and to hold to account those who rule without fear of repercussion. Islam encouraged women to seek knowledge and expertise in all fields of life, generating thousands of female scholars and specialists in the Islamic disciplines, the sciences and medicine under its rule. Islam also bestowed upon women the privilege of being provided for always by their husband, male relatives or the state, while also permitting them to seek dignified employment, establish businesses and to manage their wealth and legal affairs independently as well as seek judicial recourse for any violations of their rights. However, Islam’s unparalleled status, privileges and rights it affords women will not materialise under a state which is Islamic in name only, or which implements Islam partially while continuing down the well-trodden path to failure of mixing Islam with kufr laws or sharing power with those who advocate a secular vision for the land. Rather, it is only the comprehensive implementation of the Shariah by the true Islamic system, the Khilafah based upon the method of the Prophethood which will build a bright, secure and prosperous future for the women of Afghanistan and across the Muslim lands, securing for them their God-given rights, as it did for centuries, as evidenced by the law books and judicial records of the Khilafah state.

We therefore urge our brothers in the Taliban and our Muslim brothers and sisters in Afghanistan to learn lessons from history and take heed from the words of Allah (swt), that there can only ever be success in this world and the next through the full implementation of the Laws of Allah (swt), under His Systemi.e. the Khilafah system. He (swt) says:

“Whoever follows My Guidance shall neither go astray, nor fall into distress and misery. But whoever turns away from My Reminder (That is, neither believes in the Qur’an nor acts on its orders) verily, for him is a life of hardship, and We shall raise him up blind on the Day of Resurrection.”[Ta-Ha: 123-124].