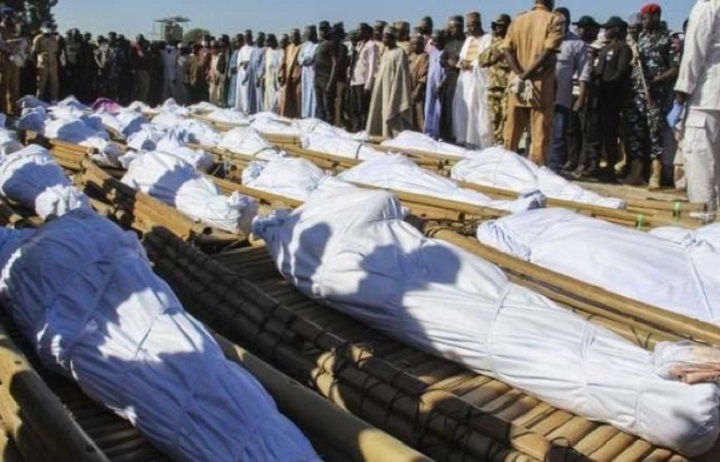 On Friday, 13th August 2021, over 22 Muslims were killed and 14 others injured in a newly attack in Nigeria’s central Jos city. According to the Police statement, a group of attackers suspected to be Irigwe youths (predominantly Christian) attacked a convoy of five buses with Muslim faithfuls returning from the neighboring state Bauchi State, after attending an event to celebrate the Islamic New Year. According to other sources, the Iregwe militias attacked and used machetes, knives and stones to kill Muslims.

The newly horrendous killings of Muslims has once again exposed how Nigeria is being faced by another grave security challenge that has sharpened regional polarization. The rhetoric condemnation from state and security officials cannot cover-up the government’s failure to provide security and safety and its failure to bring the attackers to book.

Jos and other central and northern areas in Nigeria have been flashpoints for ethnic strife pitting Christian and Muslim youths against each other. In September 2001, Christian-Muslim clashes around Jos left 913 people dead, according to Human Rights Watch. This violence is deeply rooted in political and limited distribution of the natural resources along with Government corruption that has continued to impoverish Nigeria. Additionally, discriminatory policies of local and state governments, discriminating against ethnic groups that are considered non-indigent of the areas they live in.

The mistreatment of the Muslim population in Nigeria has been perennial and shifting from regime to another: during Goodluck Jonathan’s regime, it was with his heavy handed tactics to suppress the demands of the Muslim community. The security strategy adopted by Muhammad Buhari’s regime to withdraw its armed forces from rural areas has led some towns such Jos to become more vulnerable to attacks, militants and bandits. Under the pretext of combating Boko Haram, the regimes in Nigeria lacked at protecting the lives of Muslims while intensifying its malicious oppression of Muslims. With great scrutiny the insecurity and internal clashes in Nigeria have been manufactured by Western powers especially America and the United Kingdom to allow to increasingly interfere deep in the Country with the sole aim of siphoning the country’s oil wealth. The British colonialists laid down divisions and split among the tribal lines in pursuit of Nigeria’s wealth. Despite all the vicious schemes the Muslim community has been maintaining the preservation of their Islamic Identity.

We say, it is painful to see these heinous killings of Muslims in a country that Islam had great significance. Islam has a rich history in Nigeria and the wider region and we remain certain that with reestablishment of Khilafah (Caliphate) upon the Method of Prophethood long-term sufferings of Muslims and the Western influence will be terminated.