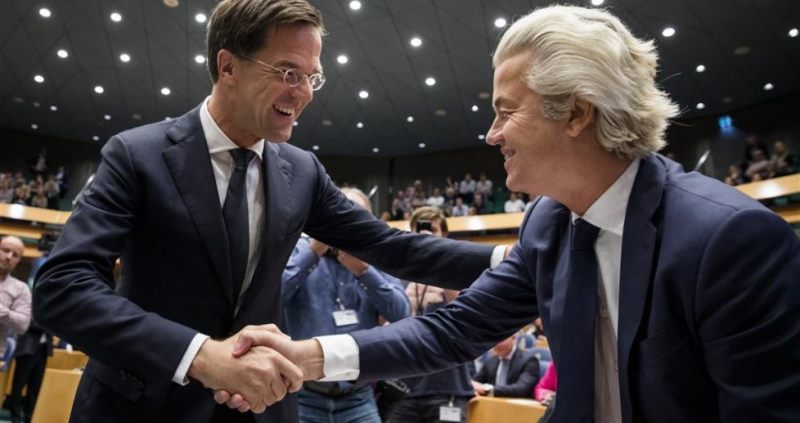 Geert Wilders of the Freedom Party, has announced he will organize a cartoon competition at the parliament building about our beloved Prophet Muhammad ﷺ. This is not the first time he and his party choose to resort to mockery and insult instead of decency and reason. Also, it is not the first time the Muslim community is doubting how to respond. Should we ignore the village fool or should we as a Muslim community make our voices heard?

It is clear that Wilders with this act wants to provoke, considering the sensitivity of the subject for the Muslims and the timing to call on cartoonists to draw preposterous cartoons about the Prophet ﷺ on the first day of the blessed month of Ramadan. But does this mean that a counter reaction to this will by default serve Wilders’ plan? And is it truly wise to ignore such an act as some claim?

Nothing could be further from the truth because the goal of the provocation, mocking Islam in this case, is not necessarily to provoke a counter-reaction. Rather it is a means to facilitate acceptance and passivity. Thus, Wilders said that his goal is to show that you do not meddle with “western freedom”, and that he will continue the insults until the Muslims won’t be offended by them and will watch silently. In other words, the real goal of this act is for the Muslims to capitulate, look on silently and to adopt the idea of freedom of speech. Thus ignoring acts like this equals playing into Wilders’ hands by default.

When a counter-reaction arises against these disgusting cartoons, he will use it to demonstrate that the Muslims do not share the western values and that they are against the concept of “freedom of speech” and insults. Furthermore, he will raise the fact that huge numbers of Muslims are demonstrating out of solidarity with their Prophet. This does not equal playing into Wilders’ hands, for it is Wilders playing into the hands of the Muslims. This will show that Islam does not rely on “freedom of speech”, but that everything is bound to Divine rulings, and that insulting people who think differently is forbidden. Moreover, standing up for the Prophet ﷺ is a sign of love and determination towards the Creator. The question that arises then is: in whose advantage is this? That of Wilders or the Muslims?

In addition, Wilders is not the odd man out. Insulting Islam and the Muslims shouldn’t be reduced to something which is done by Wilders alone. He insults and mocks Islam and the secular-liberal system facilitates this under the guise of “freedom of speech.” The government and politicians vouch for this under the guise of “adapt or scram”, and offer a small place in the parliament to hold this disgusting cartoon competition.

Minister Stef Blok said that the cartoon competition about Prophet Muhammad ﷺ is distasteful, however “we value freedom of speech a lot”. Prime Minister Rutte confirmed this by saying: “…Muslims must develop a thick skin. That is part of a western society with freedom of speech.”

Hizb ut Tahrir in The Netherlands have been calling for years for an active and united Muslim voice as to stand up for our interests and so that we can be more powerful and effective when it comes to defending our Prophet ﷺ. But until this is realized, the Muslims should utilize all various legal ways, individually or as groups, to stand up for the honor of our beloved Prophet ﷺ. This way we can create a public opinion in which we signal that we as the Muslim community will never accept this. We should also convey this outside of the Netherlands, towards the Muslim world to build up the pressure in regards to the Dutch policy.

In the hope that our honorable and persistent position in defending His Messenger will also be accepted when we will stand before Him (swt).