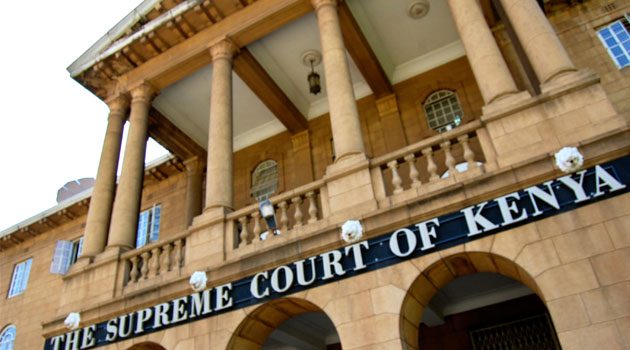 On Tuesday, 28 August 2018, the Deputy Chief Justice of Kenya, Philomena Mwilu, was arrested in Nairobi over graft allegations. The DCJ was later taken to the Directorate of Criminal Investigations for questioning over matters of abuse of office, bribes and tax evasion. And on Wednesday, 29 August 2018, she was arraigned in Milimani Court to face those charges. According to the Daily Nation Newspaper, before her arrest the Director of Public persecution, Nordin Hajj, together with Kenya’s top crime buster, George Kinoti, had a series of meetings by the Judicial Service Commission. The Newspaper further said the Kenya Revenue Authority had reported to the office of public persecution the DCJ had failed for paying taxes as well as suspicious movement of large sums of money in and out of bank accounts.

Since the ‘the war on graft’ gained momentum June this year, Justice Mwilu is the highest in rank of Kenya’s judicial officer to be arrested over corruption charges. The Judge who was once hailed by her colleagues as a valuable team player after she successfully became Deputy Chief Justice in Supreme Court. The DCJ was recently quoted by the media saying: ‘we are all responsible in the fight against corruption and the Judiciary will play its role respectively.’ Going with historical facts of all public officials arraigned before court over graft purges no one has been found guilty nor jailed.

This is not the first time for the state officials to face corruption cases, such as receiving bribes. In 2016, the  Supreme Court judge, Philip Tunoi, came under scrutiny over allegations he had received a substantial bribe of $2 million  to influence an election petition case against  former Nairobi County governor, Evans Kidero. Kenya’s judiciary has been caught in disarray by a wide-ranging corruption investigation that has many of the country’s most brazen judges trembling under their robes. In 2003, 23 top judges were suspended accused of corrupt acts, forcing the cancellation of numerous pending cases. The judicial officers facing corruption allegations should serve as a clear evidence that the institutions trusted and tasked to fight corruption are themselves corrupt and have become fortresses for corrupt leaders. Apparently this is a clear demonstration that corruption is deeply rooted in all state offices. The frequent statements by the President Kenyatta that ‘Corruption is a Sin to God’ and ‘a threat into national security’ are becoming more empty rhetoric.

Like any other Capitalist regime, Kenya has been plagued with corruption with its state officers faced with evil acts of embezzlement, bribery and abuse of offices. These evils have been an age-old phenomena. All state officials within secular regimes amass wealth through looting the public coffers and caused the lives of ordinary citizens to be harsh economically while those of their leaders have been more prosperous.  For this fact, economic stability will never be achieved in countries bound to corrupt ideology.

The root cause of Corruption is Capitalism of which the commissions tasked to fight it under capitalist regimes pretend to be ignorant. The real and tangible solution lies only on getting rid of the failed ideology, replacing it with a just ideology which is no other than Islam whose sole criteria of man’s actions is what the Almighty Allah has decreed and not the materialistic benefit. Hence, the society should be safeguarded against any evil acts because it angers the Almighty Allah (swt). Islam has also demanded a ruler to account and remove any corrupt official without fear or favor. It is through these etiquettes; Islam embodied in the righteous Khilafah upon the method of the Prophet ﷺ the eradication of all kinds of evils and the spreading of all kinds of goodness in the world.