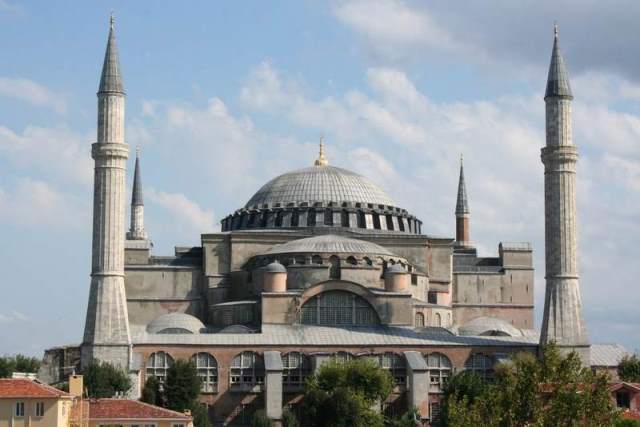 On the 6th of April, on the occasion of the Christian Easter, the Danish newspaper Politiken published an article written by a religious historian with a specialty in Semitic philosophy, with the title: “If Jesus Never lived – Then Islam Would Most Likely Not Have Existed”. Besides criticizing religions in general, he claims that Islam is a made-up hybrid between Christianity and Judaism.

These types of claims have become widespread within the last decades. Not only in hyper-atheistic Scandinavia, but also all over Europe. This is not only the case when it comes to ordinary Europeans, but also, and maybe especially, when it come to the so-called intelligentsia. Historians, specialists, politicians and so forth, who have become completely indulged in their own complacency.

The reason lies in an inflation in atheism and the extreme adherence to secular liberalism as a universal truth. Eurocentrism has become the sole standard to the extent that their historical experiences and so-called “enlightenment” has dazzled them, so they cannot see.

Islam is an invention and a hybrid, because the mere thought of a Creator and a divine message is against their bad historical experiences. Sound cannot come out of your mouth unless it is, as a result of their claimed “freedom of speech”. There was no accounting of rulers before the ideas of Montesquieu, and everything beside a secular democracy must be a dictatorship. Khilafah is a utopia and so it continues, postulate by postulate.

They have become so emotionally confident in their own ideas that they completely fail to see how fragile they are. They cannot even deal with other ideas, whereas Muslims have no problems in understanding western intellectual baggage and therefore we have no problem exposing, dismantling and rejecting it.

The fact is, that Islam is unique on all levels and came as a message to all mankind, regardless of ethnicity, social status or intellectual capacity. The evidences for the existence of a Creator are rational, and so is the confirmation of the divine message. Muslims have in no way suffered from the ills of mediaeval religious exploitation like in Europe, on the contrary, so we are not in need of their “enlightenment”. Islam does not give the right to ridicule or insult others, but Allah سبحانه وتعالى gave us a mouth so we can speak the truth no matter the consequences. It is not a “right”, but an Islamic duty to account the rulers and the Khilafah is a unique system without comparison that has a long and bright history to prove it, and an even brighter future when it returns inshaAllah.

We Muslims in the west have a great responsibility when it comes to standing up for Islam, and reject all the false attacks and claims. We have to present Islam in a strong and unambiguous manner so Muslims become proud and confident in their Deen, and non-Muslims regain their sight and are drawn towards the real light, the light of Islam.

“But those who disbelieved – their deeds are like a mirage in a desert which a thirsty one thinks is water until, when he comes to it, he finds it is nothing but finds Allah before Him, and He will pay him in full his due; and Allah is swift in account.”