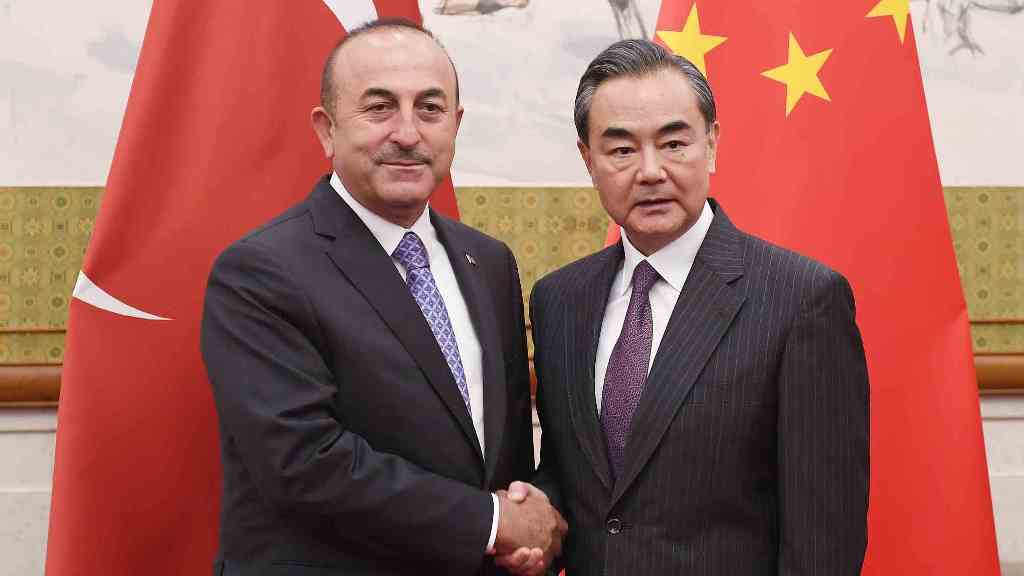 Turkey’s Minister of Foreign Affairs Mevlut Cavusoglu came together with the Ankara Representatives of newspapers and television channels during the Turkish Foreign Policy Evaluation 2020 meeting on December 30, 2020. Upon a question regarding the Extradition Treaty signed between Turkey and China in 2017 but not approved yet by the Grand National Assembly of Turkey, Cavusoglu stated that Turkey signed ordinary extradition or judicial cooperation treaties with many countries and said that the treaty has to do with extradition of criminals. Cavusoglu stated that up until today, China has had extradition requests regarding Uyghurs in Turkey, but that Turkey has not taken steps in this respect. Cavusoglu said, “We say there should be a distinction between terrorists and innocent people. Likewise, we say this should not be abused. We’re telling everyone, China and the others. So we don’t accept persecution of innocent people under the pretext of fighting terrorism”. Cavusoglu, who stated that this agreement is a routine agreement regarding the extradition of criminals which is signed with everyone, and that it is not connected with Uyghur Turks, said that it is on the Assembly whether to approve this agreement or not.

The ‘Extradition Agreement’ which was signed between China and Turkey during the Beijing visit President Erdogan performed in 2017, is approved in the Standing Committee of the National People’s Congress in the previous days. In other words, now, China says to Turkey “it’s your turn”, and if Turkey approves this agreement in the Grand National Assembly of Turkey, the implementation phase and the process of extradition of “criminals” will begin. The agreement that Foreign Minister Cavusoglu was asked about and to which he answered requires this. However, Mevlut Cavusoglu neither speaks clearly nor correctly.

He doesn’t speak clearly, because he’s anxious about the influence the opposition parties in the parliament will exercise over the government just for political interest. Yes, he’s talking with caution because he knows that the self-seeking opposition parties in the parliament will exploit this issue against the government as a pressure medium, and not because he thinks about the Muslim migrants, believes in their innocence and will really protect the Uyghur migrants. He’s lying, because Turkey has quietly handed over more than one Uyghur migrant to China so far. There are now dozens of migrants held in repatriation centers again and their fate is not clear…

First of all, let’s underline this, President Erdogan did not attend the visit in 2017 where this agreement was made alone but with a delegation and in this context, “Mutual Extradition of Criminals Agreement”, “International Agreement on Transportation on Highways”, “Agreement with the People’s Republic of China on the Establishment of Mutual Cultural Centers” were signed among the delegations. Then-Justice Minister Bekir Bozdag, Foreign Minister Mevlut Cavusoglu and then-Minister of Transport, Maritime Affairs and Communications Ahmet Arslan attended the signing ceremony. Erdogan also paid another visit to China in 2019, during which bilateral agreements were made in trade, energy, defense and many more fields. Therefore, we can say very clearly that when Turkey’s relations with the West, namely Europe, worsened, it sought an alliance with China as an alternative in an economic context. Because Turkey’s economy is in difficulty and urgently needs good trade relations. For all these trade returns, Turkey condemned itself to China’s Uyghur policy.

Foreign Minister Cavusoglu’s statement that it is at parliament’s discretion whether to ratify this agreement suggests that the agreement will come to the Parliament at a later date and will likely be ratified. Again, Mevlut Cavusoglu’s statement “We say there should be a distinction between terrorists and innocent people.” about which people are included by the “extradition agreement”, is a statement regarding alleviating the pressures in the public opinion. Because we know very well that the Chinese regime considers all the emigrants who escaped persecution in East Turkistan and sought refuge in Turkey or other countries as terrorists without making any distinction.

If the Turkish government sees itself as the protector and guardian of Muslims, what it should do is putting pressure on the Chinese regime for freeing Muslim Uyghurs it holds captive in concentration camps of China and tortures in dungeons for years or even decades, and not ratifying the agreement in the parliament it made with China and not extraditing innocent Muslim Uyghurs who are seen as “terrorists” by China. If Erdogan does this, he can really be the protector and guardian of Muslims. But in order to do this, you have to be brave and exhibit an honorable and strong stance. This is not done with self-interested, Merchant politics which bends under the pressure of Communists for Chinese chickenfeed.