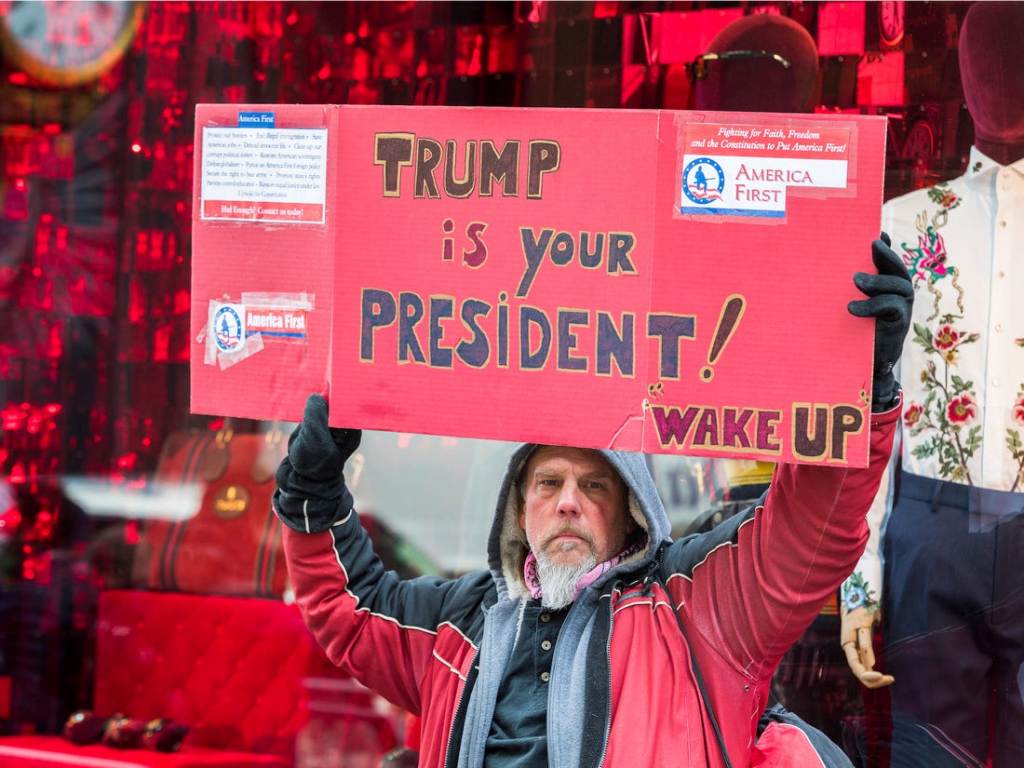 The United States presidential elections were supposed to produce a sweeping victory for Joe Biden and a decisive win for the Democrats. The vote was supposed to signal a clear break with the past; ushering in a new morning after a dark night in America.

November 3 was supposed to be “judgement day” when, after four years of Donald Trump, Americans were finally seizing the chance to deliver a clear verdict befitting the crimes committed by President Trump against their democratic institutions and liberal values.

But the elections have been too close to call, two days after the vote, prompting a number of urgent questions.

What happened to the landslide victory the pollsters promised us, showing a months-long Biden lead over Trump? Were they simply mistaken! Again? Even after assuring us they had learned from their 2016 mistakes, improving on the conduct and interpretations of their polls.

More importantly, how is it that Trump continues to be so popular after his utter mismanagement of the coronavirus pandemic, which led to a quarter of a million deaths, unprecedented economic decline and double-digit unemployment. How is it he remains a credible option after countless scandals and investigations into his suspicious record, from abuse of power to tax avoidance not to say evasion?

In short, why, despite all of that, have more than 68 million Americans cast their vote for Trump? (Aljazeera.com)

Democracy has become a grisly, unrelenting tragedy. There is deep disquiet at what is happening in America. After the ‘battle for the soul’ of the leading nation of the ‘enlightened’ West, 48% voted to re-elect a shameless, dishonourable man who has normalised lies, encouraged hate and bigotry, and through ignorance and incompetence, brought misery to millions of his own people.

And for us, there is no end to the injustice either. Biden is no friend to the Islamic world. He is a self-proclaimed ‘non-Jew Zionist’ and along with Harris, is an avid supporter of the Jewish entity.

We have seen, with a change of president, lying, hate, adultery may be considered praiseworthy. Or LGBTQ may suddenly be considered acceptable to God. By chance of candidate, healthcare, education, security could be for all, or limited to the rich. Abuse of women is ignored if one is rich enough. Rina Shah, a Republican political strategist, stated that ‘facts have not mattered in this election’, and that there were “more QAnon conspiracy theorists in America’s House of Representatives that there were Blacks”. (Aljazeera – Inside Story, 5th Nov).

In a democracy, concepts of right, wrong, good or bad change with the change of the nation’s leader. It imperils the minorities and the weak, and makes a mockery of sublime principles. Unlike Islam, a presidential democratic election is not only the selection of a candidate. It is also a selection of different sets of morals and values, a different ‘identity’.

And yet, even after over two hundred and forty years of its founding, and after a bloody civil war in America, the non-whites and minorities are still having to fight against ‘institutional’ racism. It is the same with ‘enlightened’ France and wider Europe.

In contrast, right from the very start of Islam, over 1400 years ago, racism was pronounced as ignorance and abhorrent. It was narrated that Jundab bin ‘Abdullah said: “The Messenger of Allah ﷺ said: «وَمَنْ قَاتَلَ تَحْتَ رَايَةٍ عِمِّيَّةٍ، يَغْضَبُ لِعَصَبَةٍ، أَوْ يَدْعُو إِلَى عَصَبَةٍ، أَوْ يَنْصُرُ عَصَبَةً فَقُتِلَ، فَقِتْلَةٌ جَاهِلِيَّةٌ» “Whoever fights for a cause that is not clear, advocating tribalism, getting angry for the sake of tribalism, then he has died a death of Jahiliyyah. (Ignorance of pre-Islam).”

In Islam, noble values and principles of justice do not ‘flip’ with the changing of the Khalifah. And the weak and the poor are protected and prioritised. A liar is deemed disgraceful and his witness/ testimony is never accepted. The Shari’ah came to bring justice to the world, to liberate us from the oppression of tyrants, to protect our rights and to ensure a life of tranquility.

The Islamic world must consider deeply the fallacy of democracy. It is time to return to the system revealed by Allah (swt) and implemented completely, by Rasulullah ﷺ in Madinah.