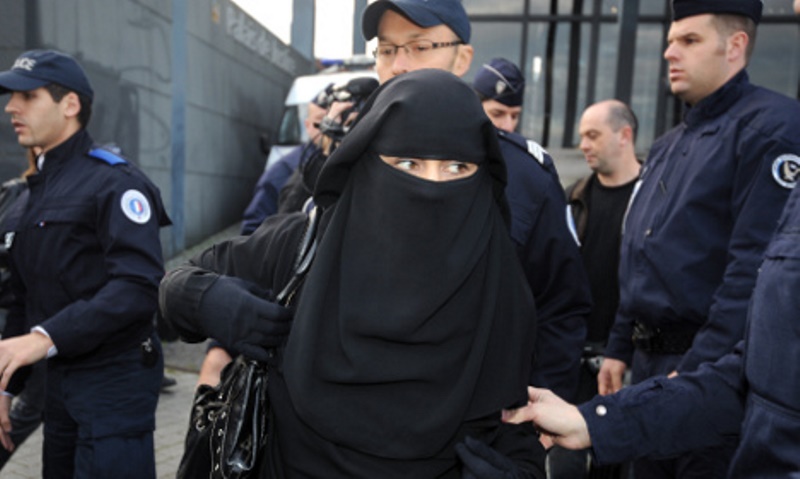 The Guardian reported on the 19th of October a shocking public admission from the Interior Minister of France, Gérald Darmanin, that dozens of individuals not linked to any criminal investigation, were raided in order to simply send a message to Muslims in France. He said it was to send a message that “enemies of the republic cannot expect a minute’s respite” and more police operations would follow.

The French government’s violent crackdown on its Muslim citizens has seen the closure of mosques, schools, businesses and attempts to dissolve mainstream civil society organisations, such as the anti-Islamophobia group CCIF and humanitarian relief charity, BarakaCity.

Recurrent insults towards the Prophet Muhammad (peace and blessings be upon him) have occurred in France, and the French government insists to defend them in the name of “freedom of speech”. However, it is clear, that Muslims in France do not share the same right to express themselves if they do so in an Islamic manner.

France is acting like a police state with its behavior towards Muslims. These aggressive crackdown policies on Muslim activists and non-violent Muslim organizations resemble the behavior of the most tyrannical regimes in the Middle East.

It has tried to force assimilation upon Muslims previously by banning the Muslims headscarf in 2003 and the Islamic face covering in 2011. In 2016, 15 French towns even banned a whole covering swimsuit called a burkini. In the French President’s so-called fight against “Islamic separatism” he has furthermore pledged to widen the ban on hijab in France.

All this makes it clear that France has failed to convince Muslims intellectually to accept its secular values and it therefore has no other option than using the power of the law to force its values upon them.

By claiming to be the land of liberty and freedom on one hand when it comes to insulting Islamic symbols, but acting like a banana republic when it comes to banning Islamic behavior, dressing and symbols, it is evident that France has lost the battle of ideas in its war against Islam.