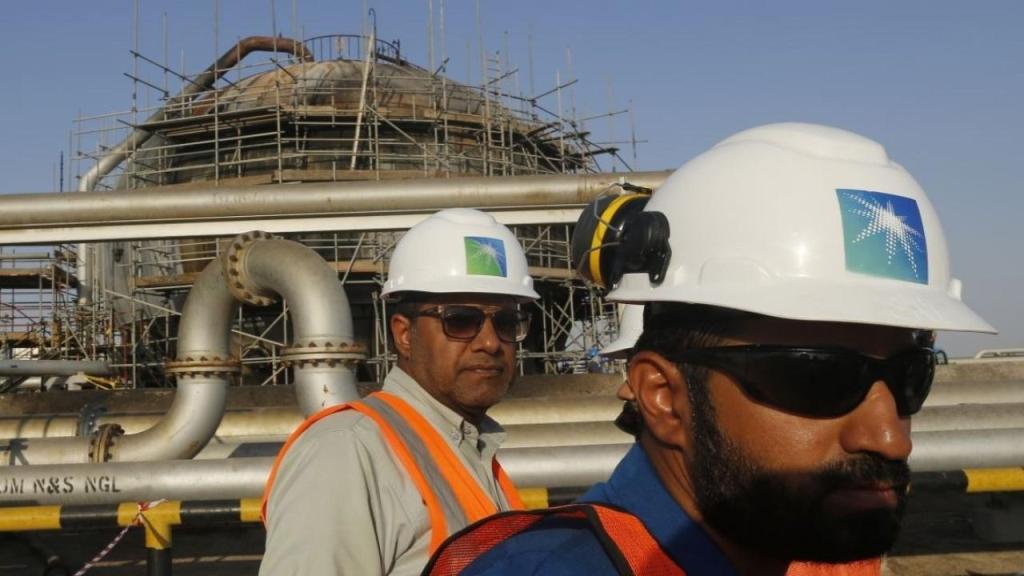 Saudi Arabia is Starting a Reckless Oil War with Russia

In a reckless move characteristic of his leadership, Saudi Crown Prince Mohammad Bin Salman, known as MBS, spurred an oil crisis this week that cratered financial markets and could devastate American oil producers. After Saudi Arabia indicated it will massively ramp up oil production, oil prices experienced their biggest one day drop in three decades. The Dow Jones Industrial Average also fell by 2,000 points, its biggest point drop ever. The markets will recover from the initial shock, but the vibrant US oil industry might be irreparably harmed by an ostensible ally the US has gone to great lengths to appease. The crisis was preceded by a joint Saudi-Russian initiative to shore up oil prices in the wake of the coronavirus. With China and other countries on lockdown, demand for oil fell sharply, even as producers worldwide continued to pump the same amount. To prevent a price collapse, OPEC — led by Saudi Arabia — and Russia attempted to negotiate production cuts of nearly 1 million barrels per day (bpd). Those talks fell apart this weekend after Russia refused a deal that would have seen it bear half of that reduction. Instead of settling for the status quo and injecting stability into a system already grappling with worldwide economic and social upheaval, MBS chose to burn the house down. Saudi Arabia announced a massive increase in crude oil production from 9.7 million bpd to 12.3 million, a record amount that would likely involve tapping into its stores. It also offered substantial discounts to buyers in Europe, Asia, and the US — a move intended to capture market share from competitors. For its part, Russia doubled down and threatened to increase its own production, setting up a potentially lengthy slump in the oil markets. The Saudi move appears designed to punish Russia, but unspoken is the obvious target — the world’s largest oil producer, the US. [Source: The Business Insider]

The Saudis have always squandered the oil wealth of the Muslim Ummah in order to appease foreign powers.

Here’s What Could Really Sink the Global Economy: $19 trillion in Risky Corporate Debt

Companies have spent the years since the global financial crisis binging on debt. Now, as the coronavirus pandemic threatens to push the world into recession, the bill could come due — exacerbating damage to the economy and feeding a meltdown in financial markets. Looking to take advantage of low interest rates, companies have rushed in recent years to issue bonds whose proceeds could be used to grow their businesses. Corporate debt among non-banks exploded to $75 trillion at the end of 2019, up from $48 trillion at the end of 2009, according to the Institute of International Finance. As the coronavirus spreads — touching off a plunge in oil prices and a collapse in travel, and shutting factories from Italy to China — there is increasing alarm that companies in the energy, hospitality and auto sectors won’t be able to make their bond payments. That could trigger a spree of ratings downgrades and defaults that would further destabilize financial markets and compound the economic shock. “This certainly is another match being lit [near] the bonfire of corporate debt liabilities,” said Simon MacAdam, global economist at Capital Economics. “There’s definitely potential for systemic risk.” In its most recent financial stability report, the International Monetary Fund raised the alarm about piles of risky corporate debt, which it said could amplify problems and deepen the next recession. The group conducted a stress test based on a hypothetical economic shock that’s half as severe as the 2008 global financial crisis. The results suggested that corporate debt worth $19 trillion from eight countries — China, the United States, Japan, the United Kingdom, France, Spain, Italy and Germany — is at risk of default in a future downturn of that magnitude because companies would struggle to generate enough cash to meet repayments. That would be 40% of all corporate debt. A wave of defaults, or even a series of rating downgrades and repricing, would shake the financial system.  “The credit market is moving quickly towards the point of no return, where the turn in the credit cycle becomes inevitable and irreversible, as funding sources dry up, issuers face liquidity crunch, credit losses rise, investors rush for the exit, and face extremely thin liquidity on the way out,” Oleg Melentyev, head of high-yield credit strategy at Bank of America, told clients Friday. [Source: CNN]

The elite have resisted deep reforms and have deliberately kept the global financial system on life support through quantitative easing. Now that the coronavirus increasingly threatens to undermine trade between countries, panic has gripped the financial markets that many companies will not be able to pay their debt thereby triggering a global financial collapse.

American troops have begun leaving Afghanistan for the initial troop withdrawal required in the U.S.-Taliban peace agreement, a U.S. official said on Monday, amid political chaos in Kabul that threatens the deal. Hundreds of troops are heading out of the country as previously planned, but they will not be replaced as the U.S. moves ahead with plans to cut the number of forces in the country from about 13,000 to 8,600, the official said. The official spoke to The Associated Press on the condition of anonymity to discuss the movement ahead of a public announcement. The pullout comes as Afghanistan’s rival leaders were each sworn in as president in separate ceremonies on Monday, creating a complication for the United States as it figures out how to move forward on the deal and end the 18-year war. The sharpening dispute between President Ashraf Ghani, who was declared the winner of last September’s election, and his rival Abdullah Abdullah, who charged fraud in the vote along with the elections complaints commission, threatens to wreck the next key steps and even risks devolving into new violence. The U.S. has not tied the withdrawal to political stability in Afghanistan or any specific outcome from the all-Afghan peace talks. Instead, it depends on the Taliban meeting its commitment to prevent “any group or individual, including al-Qaida, from using the soil of Afghanistan to threaten the security of the United States and its allies.” Under the peace agreement, the U.S. troop withdrawal had to begin within 10 days after the deal was signed on Feb. 29. Defense Secretary Mark Esper said March 2 that he had already approved the start of the withdrawal, which would then be coordinated by military commanders in Afghanistan.[Source: Military Times]

There are so many loopholes in the peace deal that it is very unlikely all of the US troops will be drawn. In all likelihood, the US will find excuses to prolong its occupation of Afghanistan.