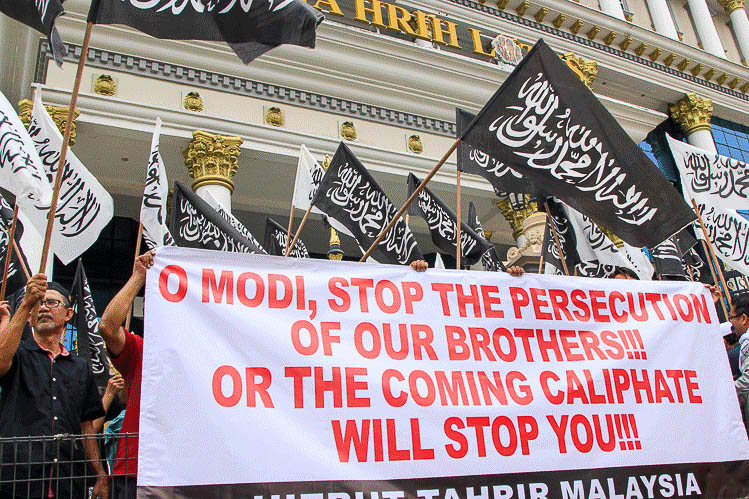 KUALA LUMPUR 6 Mar 2020 – Despite being in the midst of the Malaysian political turmoil, Hizb ut Tahrir / Malaysia (HTM) did not forget the plight of Muslims in India who are now being massacred by the Hindu extremist, with the consent of the Prime Minister Narendra Modi. A peaceful demonstration was organized by HTM at the High Commission of India in Kuala Lumpur in order to hand over a memorandum of protest to Modi.

The gathering which started from a nearby mosque, was led by HTM’s spokesperson, Ustaath Abdul Hakim Othman. Approximately a 200 strong crowd marched from the mosque to the High Commission carrying banners and placards while chanting, interspersed with Takbeer.

In the memorandum, HTM strongly condemns the persecution of Muslims by Modi and Hindu extremists in India and urges Modi to stop the massacre immediately and all types of discrimination against the Muslims. HTM also reminds Modi that the Khilafah (Caliphate) which Hizb ut Tahrir and Muslims throughout the world have been working on tirelessly day and night, will soon be established, by the permission of Allah, and that Modi will get his lesson should he not stop.

Upon arrival of the demonstration, none of the representatives from the High Commission of India dared to accept the memorandum. In his speech to the crowd soon after, Abdul Hakim expressed the non-acceptance of the memorandum as a cowardice act. The HTM’s spokesperson also accounted the Malaysian government for its inaction where no single word of condemnation is sent to India in this respect. He also urged the Malaysian government to close the High Commission and oust its Commissioner from the country.

Before ending his speech, Ustaath Abdul Hakim Othman delivered a strong message to the Muslim armies, especially in Pakistan and Bangladesh, to declare Jihad and move immediately to save their brothers and sisters in India and he reminded the crowd to join hands with Hizb ut Tahrir to re-establish the Khilafah (Caliphate) as the only solution to the Ummah’s problems throughout the world. 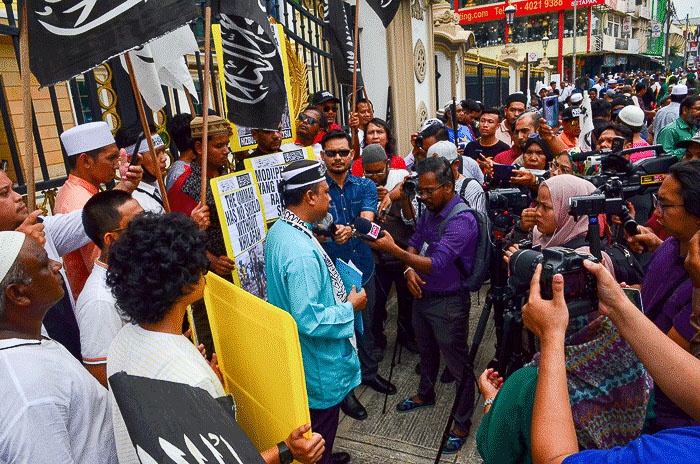 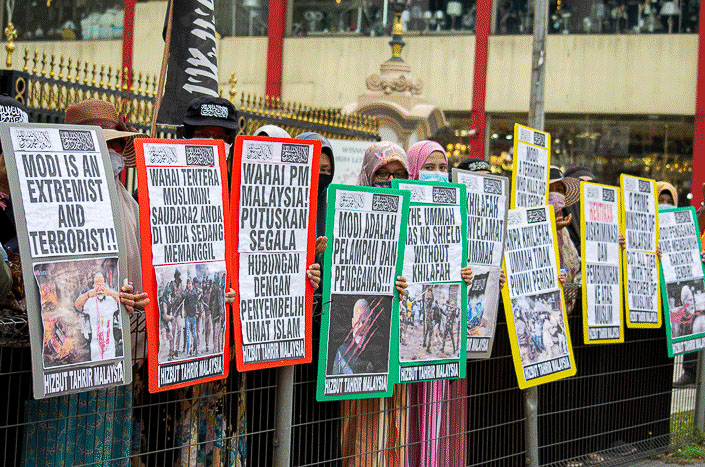 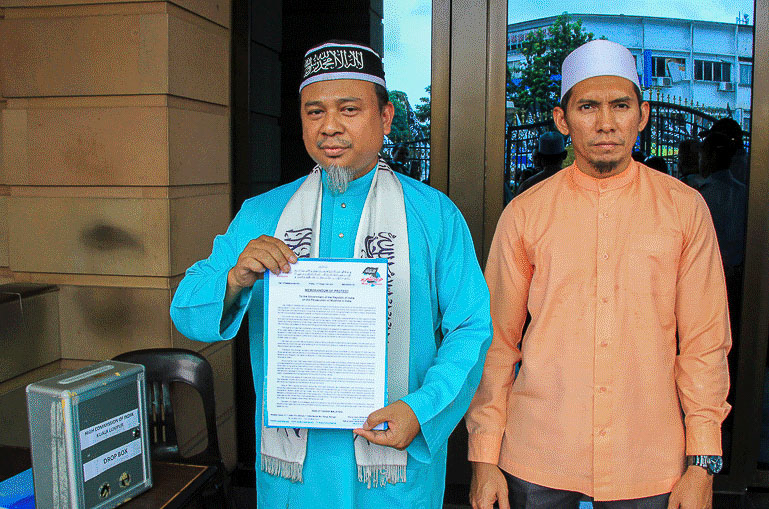 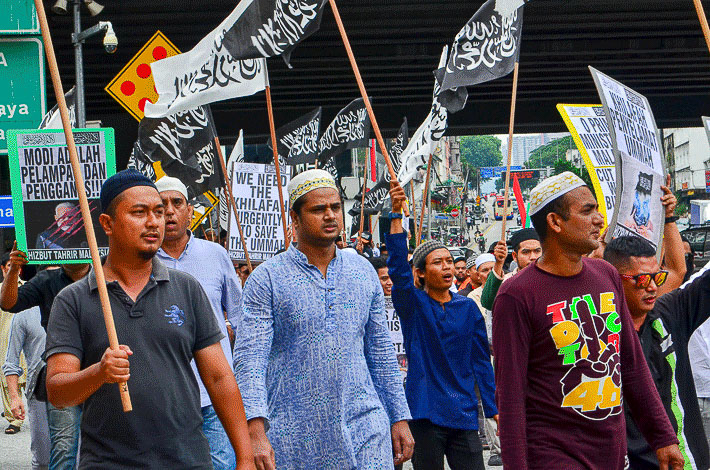 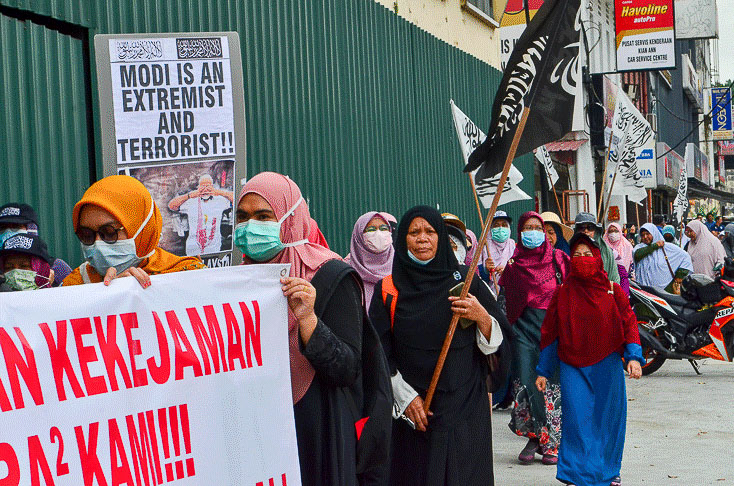 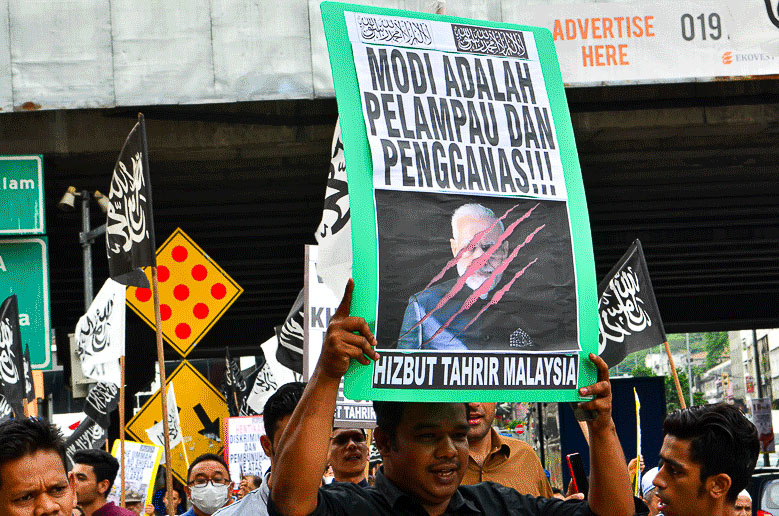 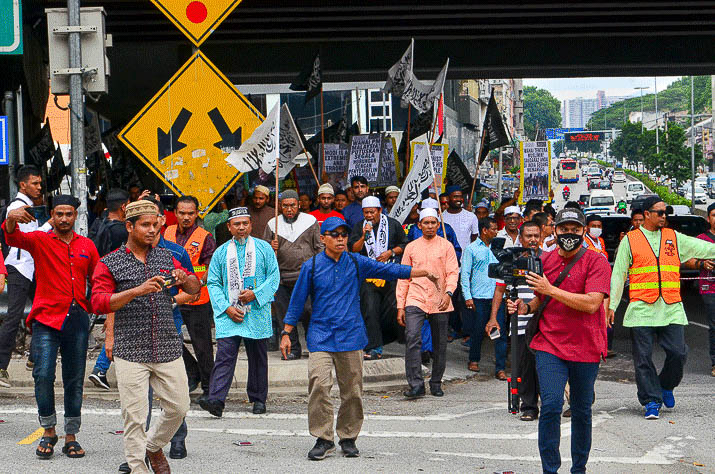