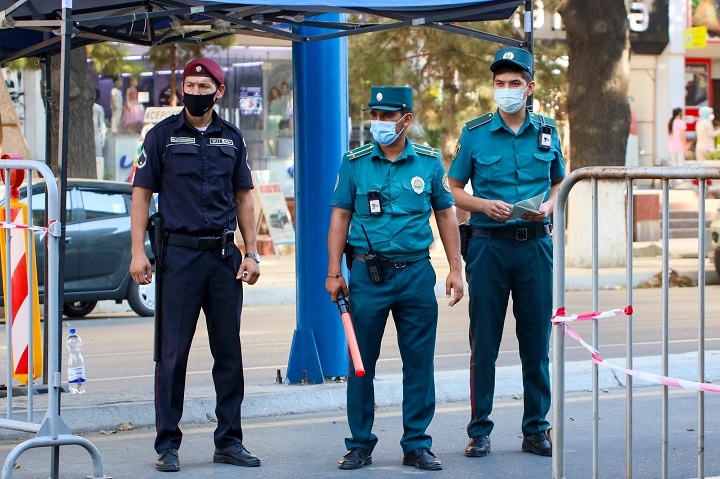 Special forces officers of the Tashkent City Internal Affairs Department carried out a raid in the Malika shopping center (the largest electronics market in the capital). Eyewitnesses claim that men wearing beards were detained. Local mass media is writing about it.

In the Department a video that spread on social networks in which Spetsnaz officers enter the territory of a shopping complex, was announced as a “raid that had a preventive nature”. “Preventive measures were carried out within the framework of the “Safe City” program. Within the framework of the project, activities were held in the Shaykhantakhur region. The measures are aimed at preventing the commission of offenses, the spread of narcotic drugs and psychotropic substances”, – the ministry said in a statement.

Comment:
However, according to the reports of eyewitnesses of this event, the Uzbek authorities in this case were not at all concerned about offenses and the spread of narcotic and psychotropic substances. So, the traders of this complex told radio Ozodlik that the special forces officers carried out raid against the beards. “We, like criminals, were taken to the Shankhaitakhur district police station and forced to shave off our beards”, – said one of the market traders. Moreover, the well-known Uzbek blogger Rustam Karim said on his Facebook page that some of the detainees, who began to demand the observance of their rights were arrested for fifteen days.

Recall that this is not the first time when the Mirziyoyev regime has carried out such a raids, but only now it becomes finally clear that this is not an accident, but a gradual but purposeful return to the practice of the times of the previous president Karimov, when any symbol of Islam, be it then the beard, hijab or prayer were forbidden. It is becoming clear to more and more people that the reforms announced by the new presidents were nothing more than a populist step to strengthen his popularity. What else should the Mirziyayev regime do to finally to destroy his image of a “reformer”? Will Mirziyoyev manage to become the second Karimov, “great and terrible”, who was called “father” out of fear and who turned Uzbekistan into one big prison? We ask Allah that this does not happen and in connection with such an events we want to remind our people in Uzbekistan the words of the Messenger of Allah (saw):

“A believer should not be stung twice from the same hole”
(Bukhari, Muslim).