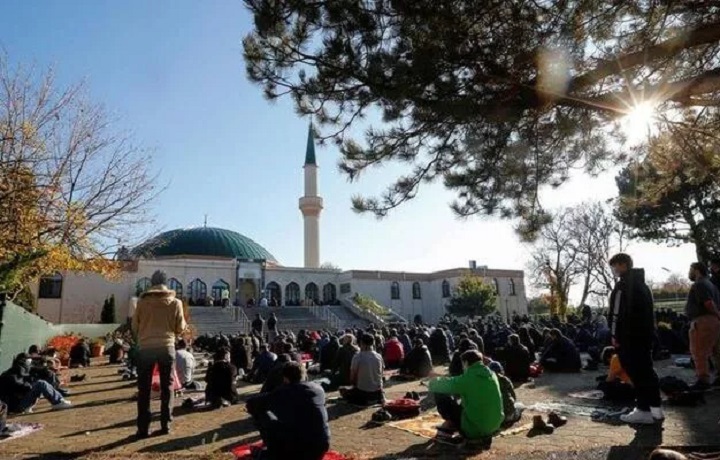 The relationship between the Muslim community and the Austrian government has hit rock bottom, due to the hate speech of Austrian Chancellor Sebastian Kurz. It is clear that the government is no longer satisfied with its war on Islamic life with theoretical legal texts and populist scientific research, but has gone beyond the matter to using inflammatory phrases that are no less than the Nazi discourse. In one of the television interviews, Kurz described the Islamic faith and its laws as “the sick ideology that we do not want in Europe.” Noting that the use of the term “sick culture” as opposed to “correct culture” and the term “abnormal life” as opposed to “normal life” had previously led to an overwhelming desire to crush a religious minority. Previously, defending the “correct body of the nation” against “harmful elements” was the motivator for disgraceful acts, and the conviction that absolute defence was necessary at all costs prevailed. Chancellor Kurz aims, with his inflammatory speech, to ignite a civilized conflict within society, and he is trying to completely undermine the recognition of Islam as an official religion, this historical recognition that has existed in Austria since 1912.

Sebastian Kurz began his crusade against Islam in 2015, when he was Minister of Foreign Affairs and commissioner of integration in the Faymann government. At that time, the basis for a repressive inclusion policy was laid, by introducing the new “Islamic law”, which was imposed on independent Islamic associations to be subject to the tutelage of the administration of official religions, in order to control them by the government to ensure a “positive attitude towards the state and society” according to Article 4, paragraph 3. Sebastian Kurz himself defined what he meant by this law when he spoke of creating a “European Islam”. This was followed in the following years by a series of legal initiatives aimed at the religious and institutional dissolution of Muslims residing in Austria. In 2017, the Law on Integration and Prevention of Undercover [Integration Act] was passed, which legislated “the obligation to integrate recognized refugees and prevent complete cover-up in public life”. Another objective of this legal package was to prevent the spread of “extremist ideas”, which “represented in particular the Salafi activity of distributing the Qur’an.” Based on this law, Sebastian Kurz announced in 2018 the closure of seven mosques and the expulsion of two imams. As for the next wave, in 2019, it was represented in banning the wearing of headscarves in public schools with the aim of “integrating children into society according to local customs and norms, as well as preserving basic constitutional values and constitutional education goals”.

The text of the law unequivocally indicates the goal behind it, which is to interfere in the process of social establishment of Muslim children and youth in order to force them to assimilate into Austrian culture. Also, the Kurz government, through its establishment of the so-called Documentation Centre for Political Islam, in 2020, gave a specific form of its hostility to Islam, which remained amorphous until that moment, and moved to designing a specific hostile image. Whereas in the past the debate was dominated by various narratives, abuses and rumors, the government has now commissioned experts to find a mandatory and general definition of the term political Islam. On 7/7/2021, the controversial “Terror Law” package was approved, by which the Islamic faith will be criminalized and all the Islamic cultural institutions and associations will be under public suspicion. Through changes in the criminal law, the system of criminal procedure, the law of symbols and the law of Islam, as well as in the citizenship law, the government of Kurz transformed the Republic of Austria into a monotheistic state, in which whoever tries to prevent the assimilation, that is, the assimilation of Muslims into this society, according to the expression of the Constitutional Protection Agency, is attacked and prosecuted.

All these measures prove that the hateful statements of Sebastian Kurz are not mere slips of the tongue but are definitely deliberate. Legal initiatives and inflammatory rhetoric are part of a wide-ranging political plan represented in the definitive eradication of the legislative spirit of the Islamic Law promulgated in 1912, which guaranteed the doctrinal autonomy of the Muslim community in Austria. Although the issuance of this law was due to the need to administer the territory of Bosnia and Herzegovina, which was annexed by Austria at the time, its purpose was primarily the practical regulation of peaceful coexistence between religious (minorities) and was not designed to ideologically crush the Islamic identity.

The law stipulated “protecting the teachings, facilities and customs of Islam” and regulating the external legal relationship of the Muslim community based on “the basis of self-management and self-determination.” Where the application of Islam found its only limit if it contradicted the supreme constitutional demands and the laws of the Austro-Hungarian Empire. In this way, Muslims’ autonomy, their individuality, and the political dimension of Islam were recognized. This approach was manifested in the adoption of the Hanafi school from the outset, i.e. one of the reputable Islamic legislative references, on this one hand, and on the other hand, the Austrian Islamic law goes back in its basis to the treaty concluded in 1879 CE with the Ottoman Caliphate, which guarantees not to prejudice the Islamic faith, and guarantees Freedom of the public practice of religious rites for Muslims residing in Bosnia and Herzegovina. Accordingly, Austria’s official recognition of Islam dates back to an international bilateral agreement concluded with the political leader of the Muslims at the time, Caliph Abdul Hamid II, May Allah have mercy on him. The unspoken fact is that in 1912 Austria recognized precisely this Islam, which the current government is fighting and taunting, as political Islam.

Sebastian Kurz is leading Austria with this policy into a new era, which makes Islamic life and its right to exist in dispute, and the most despicable in this regard is Kurz’s continued claim that his policy is based on the “historical tradition of recognizing Islam”. He does not leave an opportunity without emphasizing a “historic centenary of tolerance and recognition”, in order to cover up his agenda to dissolve Muslims and the accompanying breach of the treaty. This treaty, which recognized religious and creedal diversity, and which accounted for the true reality of community life, without demanding “the creedal allegiance to the Republic of Austria and to its values and customs,” as they declare. Thus, the Islamic Law of 1912 stands in complete contrast to the current policy of assimilation, which targets the religious and practical dissolution of Muslims residing in Austria.

From this point of view, Hizb ut Tahrir calls all German-speaking countries to smell the whiffs of the era and draw the right lessons from them. The purpose of Sebastian Kurz’s hateful remarks was to make the contempt for Islamic life in Austria instilled in all strata of society. His inflammatory speeches had a direct impact on a large number of media outlets that welcomed them and reproduced them without any restraint; For this reason we call upon all reasonable forces to resolutely counteract this dangerous juncture of the Kurz government and to prevent this actual reneging of the historical recognition of the Muslim community. If this does not work, we will be on the brink of a cultural conflict within society that threatens to drag the Republic of Austria into the abyss.