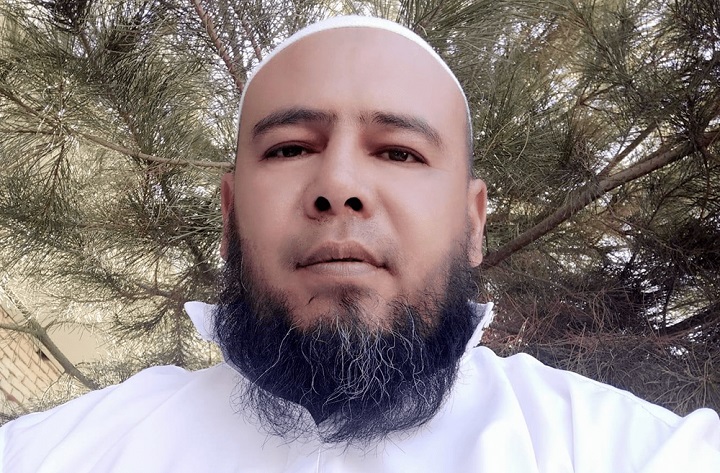 The Samarkand Regional Court upheld the decision regarding local resident Asliddin Khudoyberdiev, who was sentenced to 15 days of arrest for illegally teaching religion to underage children, – his lawyer Abduvokhid Yakubov informed Ozodlik media outlet. Khudoyberdiev was arrested by officers from the Pakhtachi District Internal Affairs Department of the Samarkand Region during a May 25 raid on the Khoja Zievuddin mosque.

According to officials, during the inspection of the mosque, it was found that 11 people (five of whom are minors) were taught religious knowledge without permission from the central management of the religious organization.

Asliddin Khudoyberdiev managed to film the raid and distribute the recording on social networks. The video shows how several law enforcement officers burst into the mosque and begin to interrogate children and adults that are studying there. One of the officers interrogates a boy aged 9-10 about what he does in the mosque, he checks boy’s notebook and asks what is written in it, and then searches the boy’s bag.

During the video the voice of Asliddin Khudoiberdiev is heard, he expresses dissatisfaction with the fact that the police officer arranges the interrogation of a minor in a mosque and urges the child not to answer his questions. Khudoyberdiev also tries to explain that children in the mosque do not receive religious education, but simply learn the Arabic alphabet, and that it is illegal to interrogate a child in the absence of his parents.

Ex-imam of the Tashkent mosque “Omina” Fazliddin Parpiev, who currently lives outside of Uzbekistan, in his post on this issue equated the actions of the raiding law enforcement officers with the actions of the Zionists who attacked the Al-Aqsa Mosque. “A group of Zionist agents stormed the mosque, intimidated and interrogated young children, treated them like criminals, exerting psychological pressure on them. And all this happened not in Jerusalem, but in Samarkand, which is situated in the historical center of scholars”, – he said.

Comment:
Despite the absurdity of what happened, such raids are far from news for the people of Uzbekistan – Islam Karimov during 25 years of his rule burned out any sight of Islam with a hot iron. After his death in 2016, his successor, Shavkat Mirziyoyev, came to power and announced for populist purposes a number of reforms, including reforms in the religious sphere. Despite some softening, the Karimov vector of politics in the religious sphere has remained and absurd persecutions even for the study of basic Islamic knowledge persist.

This can only be explained by the fact that neither Karimov nor Mirziyayev do not manage to make their own decisions about what their country’s internal policy towards Islam will be. Their policy in this area was determined by the major powers since the collapse of the Soviet Union, when they released the union republics from the Soviet empire only under the condition of establishing such regimes in them, which would become the guarantors that Islam will never raise its head in this region.