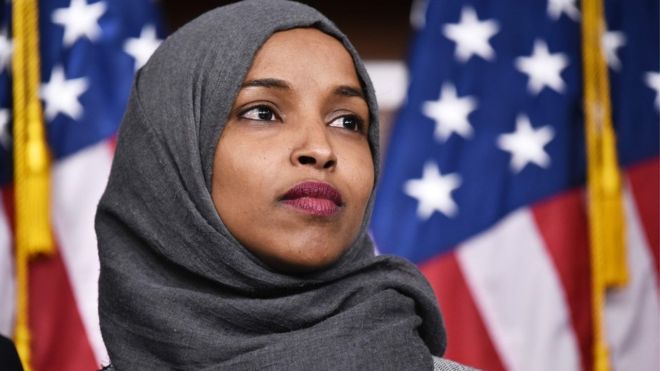 What is Tolerated and What Isn’t?

US Rep. Ilhan Omar (D-Minn.) this week introduced legislation that would bar any Brunei government official enforcing the nation’s “draconian” penal code from doing business with the U.S.

The Brunei Human Rights Act would prevent any official involved in implementing Brunei’s the laws from traveling to or doing business with the U.S., as well as require reports to Congress on how the penal code affects refugees who have fled the country. The bill would apply the sanctions under the Global Magnitsky Human Rights Accountability Act, which authorizes U.S. government sanctions against human rights violators.

“These laws are anathema to our values as humans, and must be condemned in the strongest possible terms,” Omar said. “The new statutes will violate the human rights of women, children and the LGBTQ+ community. This brutality runs counter to universal values of respect for human rights and freedom for people to worship and love however they choose. The United States has a duty to protect against this blatant disregard for humanity and the violation of basic rights wherever we see them.” (The Hill, May 10, 2019)

“These laws are anathema to our values as humans, and must be condemned in the strongest possible terms,” Omar said. “The new statutes will violate the human rights of women, children and the LGBTQ+ community. This brutality runs counter to universal values of respect for human rights and freedom for people to worship and love however they choose.

Hefty words to be uttered by a Muslim … “anathema”: vehemently opposing.

What is she as a Muslim, and other Muslim activists especially in the Western countries, opposing? The Islamic ruling or command of the Creator? Granted this article is not discussing Brunei being a state that does or doesn’t implement Shariah or random Hudood as there is no country in the world that implements Islam as a system in their government or society. The focus of this article is how far Muslims are willing to go to bash out the rulings of the Shariah …. The Hukm of Allah (swt). This is done under the umbrella of defending human rights for all and embracing themselves and identifying with the LGBQT people as a minority in society who need alliance from the Muslim community. Here the concept of tolerance is pushed and pushed to include what is obvious and clear haram or else face the backlash from Western society with the Muslim activists at the forefront.

What is tolerance? What can or cannot be accepted as tolerant?

When the Muslim wants to garner support as identifying with the minority and acknowledging their oppression and discrimination, but to what extent? Selling one’s Islamic ideology into a watered down image only to be accepted by a kufr system and kufr society that is consistently being pumped with Islamophobia through the media? Or is it to gain the popular vote in various bodies of government?

What was once taboo due to the severity and clarity of the sin of homosexuality, now we have Muslims openly recognizing the LGBQT+ as having their right to individual expression and belief because they feel are entitled to act in the way they see fit in their personal lives.

More and more schools are allowing inclusion educational programs to educate primary students about gender and sexuality issues. Yet the vast society does not identify as LGBQT+ yet is insistent on being be more inclusive of these types of corrupt programs being shoved down the throats of Muslim parents and children whether or not they agree… Some regions find their objection as red flags for extremist religious behavior resulting in family services investigations; all for wanting to retain a Muslim identity both internally and publicly.  Sadly the campaigns for inclusiveness for all is usually done by Muslim activists in government or various organizations; therefore they flex their muscle over the Muslim community instead of lobbying for their rights as Muslims as they claimed when they were lobbying for votes but then change into attacking the Shariah and its various tenets. Here is the anathema.

Muslims especially in the West are appearing to be sympathetic to this vile behavior putting the Hukm of Allah (swt) and His Wisdom aside all in order to appear tolerant and accepting as a person and a so-called representative or ambassador of Islam. Another significant increase is the argument where Muslims themselves are calling for rights and liberal measures for the LGBQT+ so now objecting Muslims need to confront other Muslims in this severe issue of open haram allowing for the Muslim youth to be able to decide their sexual inclination as normal and natural. Some even go as far as denying the prohibition of homosexuality in Islam and the malicious twisting of Qawm Lut and the punishment incurred upon them. It is this that we see the rapid moral fabric unraveling of Islamic ethics; and the Islamic values being attacked and pressured into taking the Western liberal trends as the new value system. Muslims to compromise their Aqeedah, the Laws of Allah Almighty and the Islamic morals which all formed the esteemed Islamic personality to be reduced to warped concepts of LBGQT+ and merging it with being an acceptable Muslim behavior citing that Allah is accepting of His creation and He is the Most Compassionate and All-Seeing. Here is the anathema.

Narrated Jabir by that the Messenger of Allah ﷺ said: «إِنَّ أَخْوَفَ مَا أَخَافُ عَلَى أُمَّتِي عَمَلُ قَوْمِ» لُوطٍ  “What I fear most from my Ummah is the behavior of the people of Lut.” Allah (swt) created a system for human beings who are fickle in nature following their desires and interests had it not been for the revelation of a creed from Allah (swt) Himself… and this comprehensive system serves as the gauge for what is acceptable and what is rejected in all its forms, adhering to His commands and behaving according to the Sunnah of Rasulallah ﷺ is what will produce a strong revived society with humans living to what is appropriate according to the tenets of Islam properly fulfilling instincts and not acting in the latest depraved trends in gender and sexuality being imposed on the youngest of young sadly. To lay claim to what is considered tolerance must never clash with fixed Ahkaam of Allah Almighty or else corruption spreads like wildfire on all levels in this life.

Allah is the Most Wise and the Lord of the Worlds and the Master of the Day of Judgment.