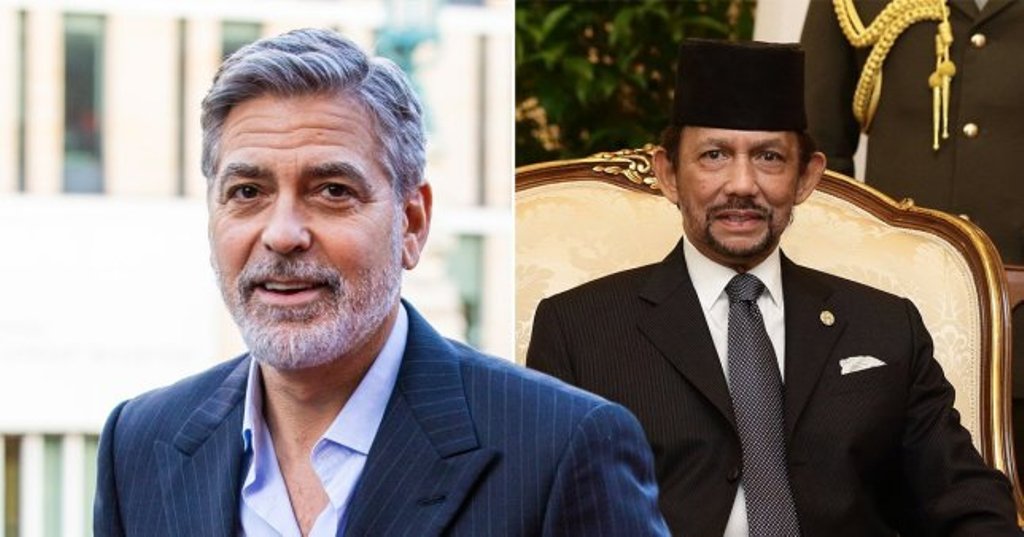 Brunei’s implementation of Shariah law, specifically the hudud law, has invited criticism from various quarters including Hollywood celebrities ranging from Elton John to George Clooney. These Hollywood superstars called for a boycott of Brunei-owned hotels. Actor George Clooney who argued for the boycott campaign against Sultan Brunei’s hotel had also urged for the postponement of the implementation of hudud penalties for homosexual acts. The Sultan of Brunei, Sultan Hassanal Bolkiah, later extended the moratorium on capital punishment under hudud for homosexual offenses after facing pressure from various parties, especially the West. In an interview, Clooney also warned countries such as Indonesia and Malaysia from following Brunei’s footsteps. Source (msn.com)

Clooney’s intrusiveness in interfering with the affairs of Muslim countries manifests the Kuffar’s arrogance as if they have the right to interfere in every single affair of the world. Apart from this campaign, Brunei is also facing pressure from various parties including the United Nations (UN) and politicians of several countries who consider the implementation of hudud in Brunei supposedly ‘violates’ human rights.

Hudud is a part of the Islamic law ordered by Allah (swt) to be implemented despite all oppositions. Allah (swt) as the Creator of humankind and the universe knows best the way of life that man should live by. In comparison, human beings are limited and every decision they make and man-made systems they adopt will always be weak by virtue of their limited perspective of the world they live in. The human mind is constantly bombarded with elements of its surroundings and influenced by its nuances. Hence, something that contradicts the norms of society and was unacceptable at one time, such as LGBT, is now ‘acceptable’ and adopted in today’s society with disastrous impact on the community. The opposite can also happen as we have seen in societies organized with man-made systems today. Without the guidance of Revelation, man is prone to acts that can end up harming and destroying themselves. Allah has reminded us on this; وعسى أن تكرهوا شيئا وهو خير لكم وعسى أن تحبوا شيئا وهو شر لكم والله يعلم وأنتم لا تعلمون “… you may hate something when it’s good for you, and you may like something when it’s bad for you. And Allah knoweth them but thou knowest them not.” [al-Baqarah 2:216]

In response to this issue, Muslims should not bow to the pressures of the kuffar to the point that we relieve ourselves of the responsibility of implementing Allah’s law. Unfortunately, Muslim rulers today are against implementing the shariah because they are worried about their position and wealth. Some leaders mull over the implementation of Shariah and others oppose its implementation vehemently. Muslims in Brunei should be reminded that hudud is only a small part of the Islamic system of punishment within the totality of the Shariah of Islam. The true implementation of Islam can only be achieved under the umbrella of an Islamic political force. If 1.6 billion Muslims are mobilized under the leadership of a Khalifah, the Kuffar, including Mr Clooney, would not even dare to lift a finger. Unfortunately, Muslims are in a badly fragmented state and under the grip of capitalism which dominates today’s world order. May Allah give us strength and guidance to work towards re-establishing the Khilafah State (Caliphate) and break us away from the chains of man-made systems to the blessings of Islam.