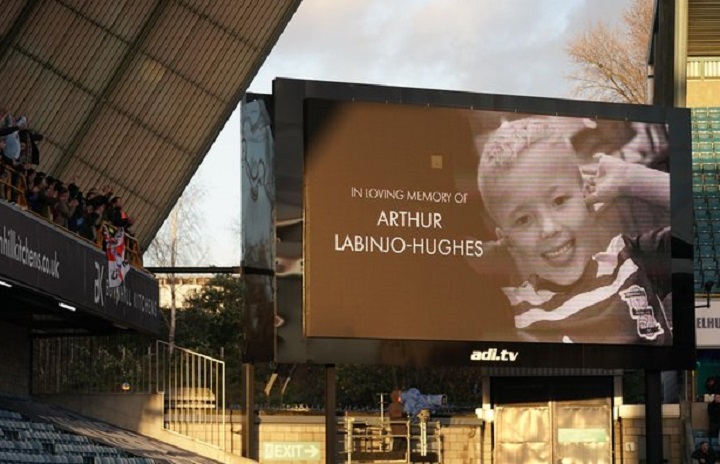 The horrific abuse of six-year-old Arthur Labinjo-Hughes at the hands of his father and stepmother has lifted the lid on Britain’s child abuse problem. Arthur was physically assaulted, poisoned and dehumanised over a number of months during lockdown. By the time he died, with more than 130 injuries on his body, experts said his condition met the medical definition of child torture. “It’s certainly the worst [child abuse case] I’ve had to investigate,” said DI Laura Harrison from West Midlands police, who led the case. “We don’t often see what goes on behind closed doors, but on this occasion we did.” [The Guardian]

Comment:
Arthur’s case of neglect is just at the tip of the iceberg. As of 31 March 2019, 54,380 children in England and Wales were looked after by their local authority because of experience or risk of abuse or neglect from their parents (guardians). Around half of adults (52%) who experienced abuse before the age of 16 years also experienced domestic abuse later in life; compared with 13% of those who did not experience abuse before the age of 16 years. [Office for National Statistics] The Covid-19 pandemic has made the issue of child neglect much worse for a country that not only prides itself on human rights but actively preaches its virtues to the world. In Arthur’s case, the British media swiftly painted his parents as “evil” and supported the call for a public inquiry.

It is almost customary for UK governments to respond to cases of child neglect by launching public inquiries. In the past the outcome of such inquiries has led to either the social services playing a greater role in the prevention of the ill-treatment of children or new legislation aimed at offering children greater protection from abusive parents. All too often these inquiries fail to stem the growing tide of child abuse pervading British society. This has led some to call for tougher measures such as permanently taking children away from cruel parents or even stripping them of their right to reproduce. It is highly unlikely that the present government will make any headway in reducing the ill treatment of children. This is because the main cause behind child abuse is the unbridled individualism, which governments, sociologists and parents alike have repeatedly refused to acknowledge.

Individualism is an important pillar of Western Secularism and dominates many of the relationships that exist between people in Western societies. Individualism stipulates that people should put their interests first and foremost. This imbues in people a selfish mentality and encourages people to satisfy their own needs before the needs of others. Furthermore, individualism leads people to view responsibility as a burden and a hindrance towards the fulfilment of their selfish motives.

Therefore, it is common to find people in the West, especially in the social sphere, entering and leaving relationships in order to avoid responsibility – all of which has a detrimental effect on society. Hence rampant fornication, abortions, single parent families, fathers avoiding child maintenance costs, mothers forsaking children to pursue careers, parents giving up children to foster homes and wanton child abuse are all symptoms of individualism.

Western governments are unable to deal with the effects of individualism and the harm it causes to society. This is because the role of the government is to guarantee individualism for its citizens and not to impose restrictions on people’s individuality. Therefore, the primary concern of government is the welfare of the individual and not the family or wider society. For instance, when dealing with the issue of child abuse, Western governments view the child and its rights as separate to the rights of the mother and the rights of the father. Naturally any solutions arising from this type of thinking will focus more on preserving the individuality of the child, mother or father than protecting the family or society. In this way, the family and society bear no collective responsibility towards the mistreatment of children, since law and responsibility are solely applied at the level of the individual.

In Islam, the concept of individualism is limited to the relationship between man and God and the relationship of man with himself i.e. in the matters of worship, foodstuffs, clothing and morals. In relationships that involve people, individuals are permitted to satisfy their needs provided that they do not violate the rights of other individuals or transgress the limits imposed by Islam for the welfare of the society. In all types of relationships Muslims are required to seek the pleasure of God by conducting themselves according to laws prescribed by Islam. These laws when practiced produce a unique and distinct character for the human being, a character shaped by altruism and not selfishness. Islam promoted and raised high, not only the relationship between the parent and child, but also that of family and society.

Islam forbade the killing and torturing of children. Allah (swt) says in the Qur’an:

“Kill not your children for fear of want, We shall provide sustenance for them as well as for you. Surely to kill them is a great wrong.” [Al-Isra: 31]

Islam has forbidden the neglect of children and has made it obligatory for parents to provide food, clothing, shelter and to meet the various other requirements of their children. The Messenger of Allah (saw) said,

“It is enough sin for a person that he ignores those whom he is responsible for.” [Abu Dawood]

Thus, within the Islamic framework children are regarded as a blessing and the family is viewed as playing a pivotal role in the stability of society.

Today, individualism threatens the social fabric of Western societies through the erosion of family values and violation of civil rights. Left unquestioned and unchecked, individualism will result in the fragmentation of both Muslim and non-Muslim communities. The Islamic attitude towards the family and society is much more responsible than the selfish outlook of secularism. Therefore it is essential that Muslims in the West expose the shortcomings of individualism and endeavour to present Islam to non-Muslims as the only solution to societal problems.