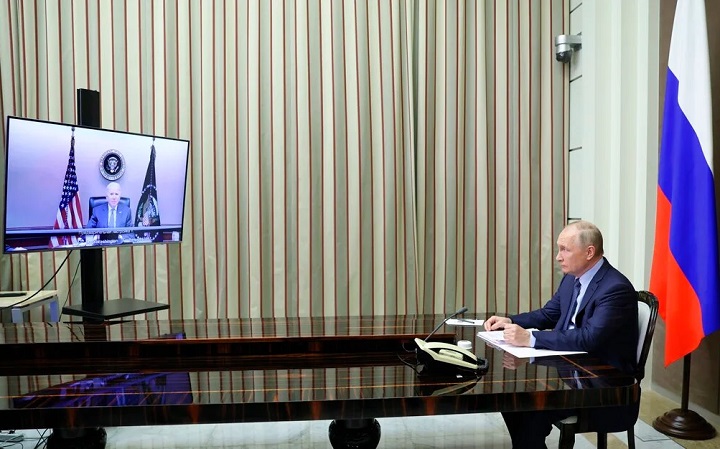 A majority of young Americans are worried about the state of democracy in the US according to a new poll of Americans (age 18-29) conducted by Harvard’s Kennedy School. 52% of the polled believed that American democracy is “in trouble,” at 39%, or “failing,” at 13%. Not only do young people worry about the state of democracy, some also worry about a full-scale civil war erupting in America with 35% believing that they’ll see a second civil war in their lifetime. “We have twice as many young Americans describe the state of our democracy has failed as compared to being healthy,” said IOP Polling Director John Della Volpe. These trends come as US President Joe Biden will be holding a virtual democracy summit this week as confidence in democracy is at rock bottom across the western world with many turning to unorthodox political groups and individuals as they feel democracy doesn’t work for them. The fact that democracy needs a conference shows the severe problems it’s facing.

President Biden and Russia’s President Vladimir Putin held a virtual summit on Tuesday, 7th December. The virtual summit that lasted just over two hours amid rising tensions over Ukraine. The US has been warning since October that Russia is planning to invade Ukraine, while Moscow strongly denies the charge and points to the US and NATO presence in the region as the source of tensions. “[President Biden] told President Putin directly that if Russia further invades Ukraine, the United States and our European allies would respond with strong economic measures. We would provide additional defensive material to the Ukrainians above and beyond that of which we are already providing. And we would fortify our NATO allies on the eastern flank with additional capabilities,” National Security Advisor Jake Sullivan told reporters. In a readout of the meeting, the Kremlin said Putin asked for guarantees that the military alliance wouldn’t move east or deploy “offensive strike weapons systems in countries adjacent to Russia.” When asked about Russia’s desire for such guarantees, Sullivan said Biden made no “commitments” or “concessions” relating to NATO’s expansion. There was no breakthrough in the talks and both leaders stuck to positions that the other would never accept.