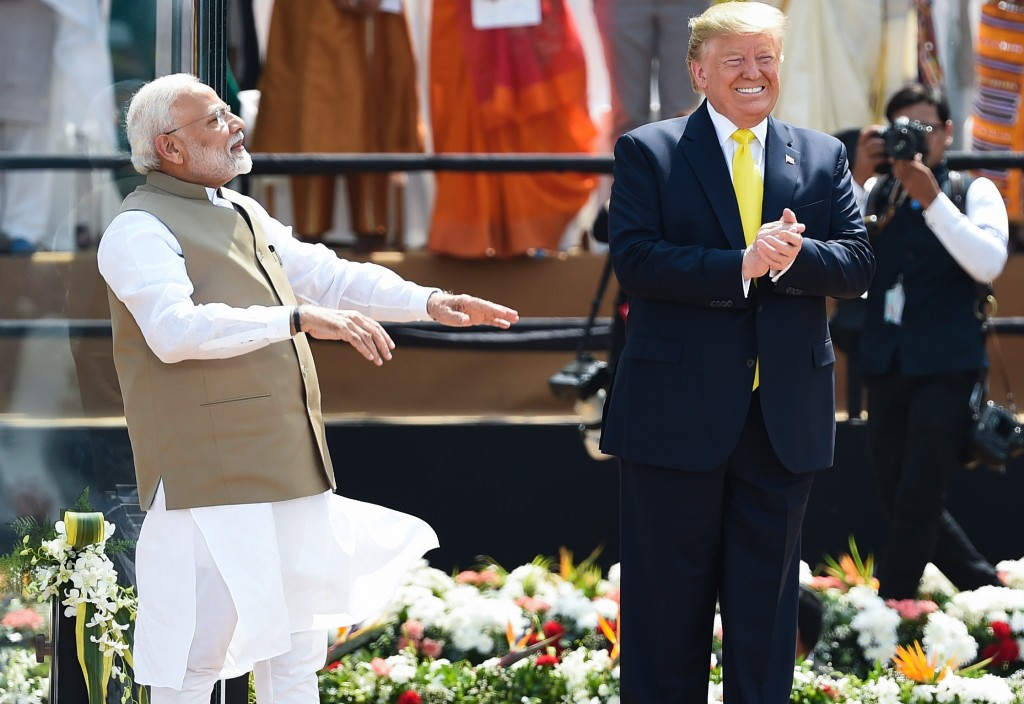 There is one thing common between President Trump and Prime Minister Narendra Modi, and that is their hatred for Muslims. Both have been at the back of many heinous crimes that have been committed against Muslims. Their hand-in-hand support for each other is totally based on the evil mutual benefits they seem to focus on. A racist man like Trump showering praises for a man like Modi is a clear proof of his hypocrisy. This would be President Trump and Prime Minister Modi’s fifth meeting in eight months.

Modi is facing criticism at home and abroad over the annexation of Kashmir and a controversial law that fast-tracks citizenship to non-Muslim religious minorities from three neighbouring countries. The Citizenship Amendment Act excludes second largest population of India and this shows its biased nature towards Muslims. Muslims are also a victim of National Register of Citizens, in which you have to prove through documents that you or your ancestor was an Indian in 1947. Knowing the population of India and its backwardness, a lot of people will face trouble for not having a paper proof of their existence. Modi, the man known as ‘Butcher of Gujarat’ was given the title of ‘Pride of Gujarat’ by Trump.

Trump on this visit has not only showered Modi with praises but also announced a $3 billion defense deal with India. This defense deal will be lacing India with weapons which is like sharpening the teeth of the monster that is already busy ripping Muslims apart. On the other hand, Trump’s one-line praise for Pakistan will be enough to keep the Bajwa-Imran regime intoxicated for a long time, and they will keep ignoring the plight of Kashmiri Muslims. While we have seen the people of Kashmir fighting for freedom for years, we have also seen a strong Pakistani Army making empty threats and doing joint exercises with kuffar countries, exposing where their interest lies. On Monday 25 February, at least 4 people lost their lives and a dozen were injured while protesting amid the Trump visit. Some Muslim protesters were seen being beaten up by pro-law protesters. The Muslim Ummah needs to understand that they need to gather for a greater cause, the establishment of the Khilafah (Caliphate). Only the Khilafah will protect their rights. Muslims all over the world are suffering in different forms but there is only one cure for this and that is establishment of Khilafah on the way of Holy Prophet ﷺ.

“And the disbelievers planned, but Allah planned. And Allah is the best of planners..” [3:54]