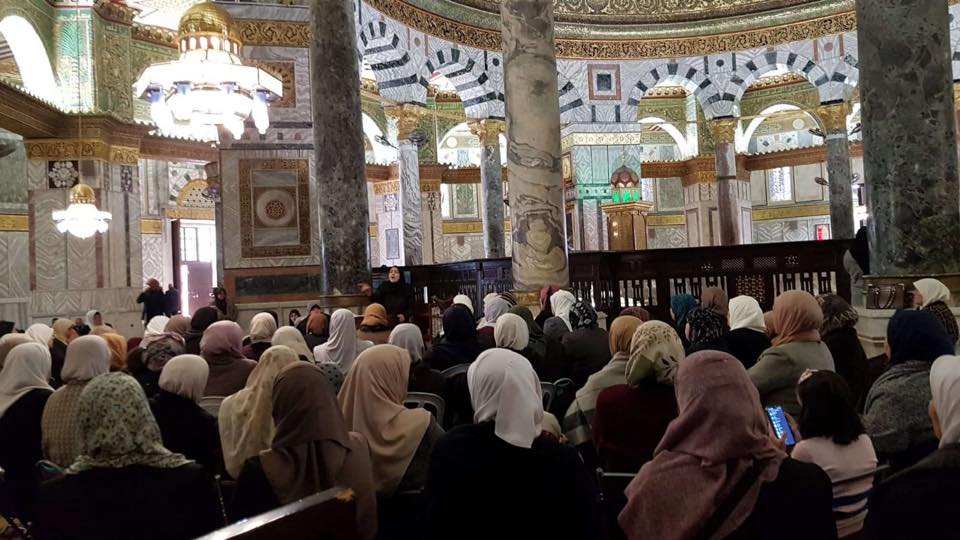 Indeed, eventually Constantinople became “Islambol” and finally “Istanbul”… Istanbul became the power plant that enlightened the east and the west of the world, supplying live energy to humankind. The kuffar failed to resist the energy of this power plant, they trembled and knelt in front of it… Today Istanbul is not the power plant anymore that causes the kuffar to tremble… It is far away from being the “Islambol” (bountiful with Islam) of the Fatih Muhammed… On the contrary, the name “Istanbul” is being abused as one of the symbols of the kufr hegemony, imposing its own pervert, vile and dirty lifestyles. – The “Convention on preventing and combating violence against women and domestic violence” or in short the “Istanbul Convention”! It was not difficult for the West to make Turkey sign this agreement and thus impose its cultural dominance over the Muslim society, because Istanbul, Turkey and the entire Muslim world is not ruled by leaders of Taqwa, rejecting servitude to any other than Allah, but by puppet rulers, who regarded the service to the West as a virtue and ultimate purpose of life. Moreover, this purpose was so supreme that is was able to unify all oppositional parties in Turkey. It even made the Religious Affairs Directorate to announce its support for the Istanbul Convention, together with the Ministry of Education, Ministry of Defence and the Higher Education Council, instead of opposing it.

For years, Muslims expressed their opposition to CEDAW, the Istanbul Convention and all kinds of innovations by the government, like the new Turkish Civil Code, the Law 6284, the Project of Gender Equality in Education (ETCEP). They expose the harms of these upon the family and social structure in Turkey, proving how they ravage family and society through statistics and clear examples. Yet, the government ignores the voices of the Muslims. From time to time, President Erdogan steps out to say that “the Istanbul Convention is no Islamic evidence”, and talks about facts like that “youth is marrying too late, media is legitimizing and encouraging extramarital relationships, and how the ways are paved for symbols which aim at uprooting the family institution, and that we all should join to defeat the dangers in front of the family”. He behaves as if he and his government had no part in all of this, at the same time accuses the Muslims of being careless, and implying failures in the Islamic personalities of individuals. Whereas there is also the flip side of the coin: It was his AKP government that personally established the KADEM (women and democracy foundation) based on Article 10 of the Istanbul Convention, and which is headed by his own daughter. His own wife, Emine Erdoğan, in 2011 during the “International Gender Equality Meeting”, described their “struggle” for gender equality as a “life and death struggle, rather than a struggle for rights”. And since she is spearheading gender equality in universities, schools and labour market through fallacious arguments like “gender justice and not gender equality”. And it was Erdogan’s own Minister of Education who launched the ETCEP project throughout all education levels beginning from preschool education.

In fact, his own government claims to protect the Islamic values but has produced all the laws that destroy the Muslim society and family. Complaining about the late marriage among the youth, Presiden Erdogan pretends to have no idea that youth who prefer to marry before the age of 18 are penalized due to this agreement and its derived Civil Code and criminal codes. He pretends so, as he was visited by the “young women, who are victims of these laws” only a few weeks ago, where he vowed them to solve their problem. However, they barely left through the door, and he and his present ministers had already forgotten their promises. Young Muslim women and men, who are not able to legally marry prefer to marry according to Islam only. For this they and even their fathers are punished with up to 15 years of imprisonment, which is discussed to be raised to 25 years. So far, almost 15,000 families are victims of these laws, children are deprived of their fathers and women of their husbands.

In 2012, the Law Nr. 6284, titled “Law for the Protection of Family and Against Violence against Women” was introduced based upon the Istanbul convention. It led to a tremendous increase in violence against women and feminicide. According to public data, 201 women were murdered in 2012, this number increased to 440 in 2018. In 2011, 58,000 lawsuits were made on the grounds of violence against women, this number increased to almost 359,000 in 2018. Over the last two and a half years, the official number of husbands banned from their homes due to this law, reached 756,000.

It is due to the Istanbul Convention, that men, whose wives cheated on them, are being punished when demanding their rights at law, which is reasoned as restricting the woman’s privacy. They are forced to pay life long allimony to their cheating ex-wives. The most recent example of this, is the case of a citizen called Mehmet Kara, who reveiled his case on social media a few days ago. The only aim of these agreements, the current laws and courts is clear as the day light: The aim is to eradicate the concepts of dignity and ethic, to destroy family and corrupt future generations!

From all of this it becomes obvious that the only aim of those rulers, who bow in front of the West, is to re-transform the “Istanbul of “Islambol”, into “Constantinople” again. Whereas the kuffar and their agents, who think that prevent the re-awakening of Islam, through preventing an Islamic society and thus Islam, do not see that they are struggling against the promise of Allah (swt) the Glad Tidings of His Messenger ﷺ. They think that their lies will not coil around their own legs, and that their traps will not turn against themselves… It took them several hundred years in order to remove the Khilafah (Caliphate), and this only through their tricks and lies… Whereas Allah (swt) made Islam to become a state only 13 years after its first Revelation. And throughout the period, where the Muslims held tight on its principles, Allah made Islam to ensure justice, peace and development upon the earth, through the hands of the Muslims. And throughout this period, all the Glad Tidings of Rasulallah ﷺ came true one by one. But Rasulallah ﷺ also predicted the destruction of the Khilafah, only in order to reveal that it will be re-established again:«ثُمَّ تَكُونُ خِلَافَةً عَلَى مِنْهَاجِ النُّبُوَّةِ»  “…and then there will be Khilafah upon the Prophetic method.” [Ahmed b. Hanbel]

This Glad Tiding will become true, and so will the heralding of the Conquest of Rome and the eradication of the occupying Jewish entity from the Blessed Lands of Palestine will come true too. We have iman in this. And our Iman is not based on mere delusions, fictions, lies and selfish interests. No, it is based on rational and revealed evidences…