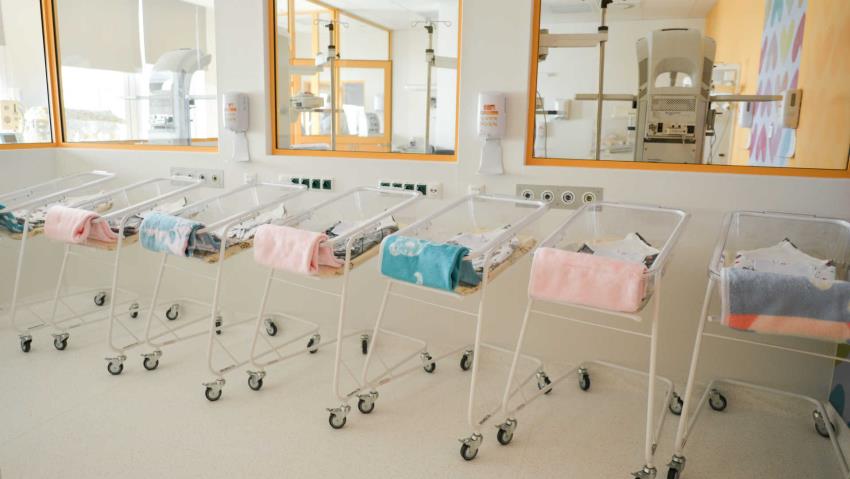 On 9/3/2019, the Ministry of Health announced the deaths of 11 newborn children at the Maternity and Neonatal Center in Rabita. The Prime Minister authorized an investigation, the Health Minister resigned and Qaid Esebsi called the National Security Council for a meeting. The statements and explanations came from the political center and the officials showed alarm and pain, all calling for investigation and the truth, as if they do not know the reasons of the massacre that took place, or as if it came as a surprise and happened suddenly without introductions!!

Who does not know the crises of the health sector and the suffering of neglect and waste, even medical errors increased in their “happy” era?! Did they not receive the reports of the lack of medicines?! So who put the budget of the hospitals, and approved it, and who caused of the lack of specialists doctors, and their escape from the country?! Who obstructed the mandates in the public health sector and by who’s orders? Which led to the suffering of a huge shortage in the medical and paramedical frameworks?! Didn’t the tragedies recur in our hospitals?! Have not pregnant women in hospitals in Kasserine and Sidi Bouzid died due to the lack of specialist doctors?! Didn’t the child Rania die in the countryside of Ein Darahim because the clinic they have only opens once a week?! Were not these policies promoted by them and they claimed that they will save the people and the country by them. But now they expose the tragedies, but rather massacres in which innocent lives are claimed, in groups or individuals!

You were correct in your expression of the incident, “the killers of our children, the plunderers of our country,” and showed a distinct awareness of the link between tyranny of the colonizer, and his servants and the calamities, and the crimes that are taking place in the country. You have learned that the solution of the disaster massacre will not be the punishing of a nurse or a doctor. And that the resignation of the minister or the change of government or the punishment of the ruling parties on election day will not prevent other disasters, and will not stop the crimes of this regime.

How can this happen? The answer is known, not unknown, written in the Book of Allah and in the Sunnah of our noble Prophet ﷺ, who addressed the people of power in his time until they embraced Islam and gave Him the pledge allegiance to rule them. The leaders of the Ansar (may Allah be pleased with them) embraced Islam and gave their allegiance to hear and obey. So He ﷺ immigrated to them and established the first Islamic state.

Today, the people of power in our country are Muslims, and we say to them: What are your thoughts, when you see the crimes flowing on the noble and honorable people?! Do you not see this regime killing our sons and handing over the country and its wealth to the colonial kafir and defying its Deen?! Doesn’t your blood boil in your veins?! What is wrong with you, when you have sworn on the Book of Allah, the strongest oath, to be the protectors of the people?! Why do you stand and guard against the killers of the people?! Is it not time for you to be obedient to your Lord and stand on the side of your people, your country and your Deen?! What is needed is a stance of dignity and of men from you, and the great people will stand behind you in support, and you will be given the victory of a mighty and kind Lord, and He will give you the honor of the world and the Hereafter. Why don’t you long for a paradise that is as wide as the heavens and the earth ?! Don’t you wish to be like the Ansar and follow their good conduct, and Allah becomes pleased with you? Allah (swt) says:

“And the first forerunners [in the faith] among the Muhajireen and the Ansar and those who followed them with good conduct – Allah is pleased with them and they are pleased with Him, and He has prepared for them gardens beneath which rivers flow, wherein they will abide forever. That is the great attainment.”