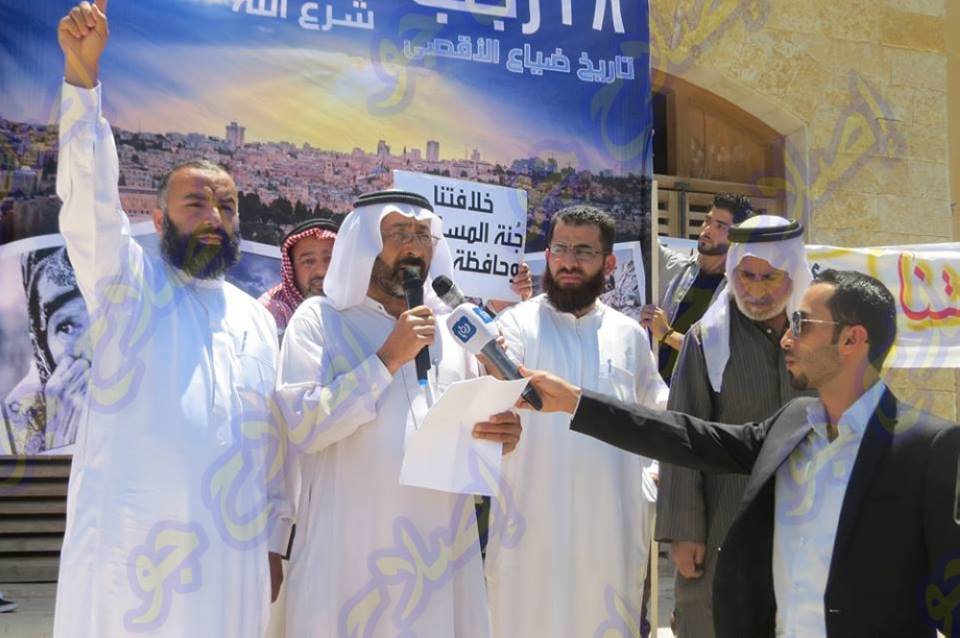 “Who could be a better law-giver than Allah?”

In light of the campaign: وَمَنْ أَحْسَنُ مِنَ اللهِ حُكْماً “Who could be a better law-giver than Allah?”, Hizb ut Tahrir / Wilayah of Jordan announces the start of the activities for the month of Rajab, marking the anniversary of the destruction of the Caliphate state in 1342 AH. The anniversary coincides with the 28th of Rajab, which serves as a reminder of the crime of the century as a result of removing the Khilafah from the arena of life. The Khilafah was the fortress of the Muslims, their barrier and protector from the crimes of their enemies, and its absence has led to what the Muslim Ummah is living today of degeneration, adversity, misery and fragmentation, and the summoning of the nations against it. The conspiring of the kaffir colonists against Muslims and their lands and the looting of their wealth, their blood became cheap and their word scattered.

As a reminder of its obligation upon the sons and daughters of the Muslim Ummah, it is the crown of all obligations with which all provisions of Islam are applied, and that failure to work to restore it is one of the greatest sins; and to outline the method to establish it, which is an obligation as much as the establishment of the Khilafah itself, the method that the Prophet ﷺ followed until he established the first Islamic Caliphate State in Al-Madina Al-Munawwara.

So we invite you, the people of Jordan, to join us in these events in dialogue, Da’wah and action. We urge you to move forward in order to achieve the obligation of the establishment of the Khilafah Rashidah State (Caliphate) on the method of the Prophet. Let us fulfill Allah’s promise of succession, authority and security, that is imminent by the will of Allah, and move from the hardship and misery of life, to the shade of Khilafah that is full of mercy, justice, pleasant living, and the pleasure of Allah Subhannahu wa Taala.