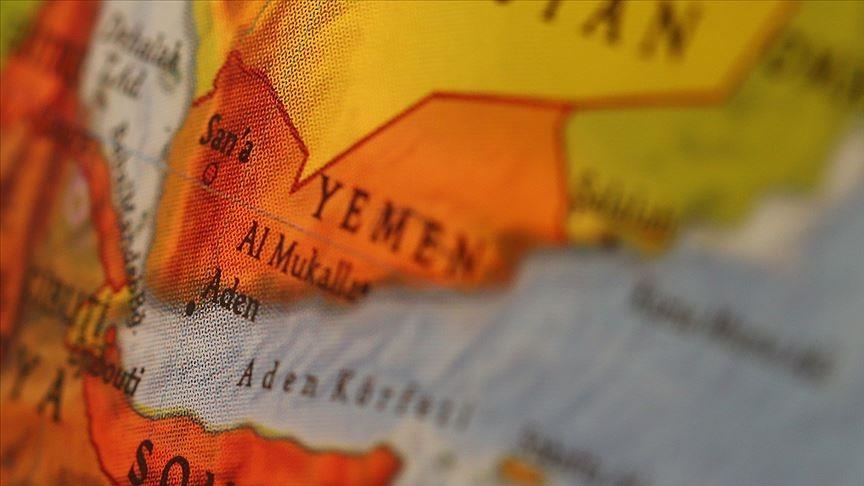 Al-Omanaa Newspaper published in Aden on 01/28/2021 revealed the promise that Zubaidi made by separating southern Yemen from its north, in an article entitled “The Men’s Covenant for Men”, in which it said: “The Transitional Council sees in the Riyadh Agreement a path that brings it closer to the goal it seeks to achieve, which is represented in the restoration of the state of the south, which was authorized by the southern people on May 4, 2017 to represent the southern cause and succeed in achieving that. The head of the Southern Transitional Council, Major General Aidarus Al-Zubaidi, confirmed, in more than one statement, to move forward until achieving the goal that the southern people delegated him to achieve, and he made a pledge for that.”

People like you, Aidarus, did not appear to participate in dividing Muslim countries except in the black pages under the shade of colonialism who only serves their interests, and does not serve the people of the South, because Allah has commanded us to hold on to His Rope and forbade us to fall into division and diaspora. Allah (swt) said:

O Aidarus! You are taking advantage of the suffering of the people of the south from the injustices they are enduring, and you promise them with false promises of a comfortable life mixed with blood that you and your comrades spilt over thirty years, then handed it over to the rulers of Sanaa who are no less than you in crime.

In the past, the National Front sat in secret negotiations with Britain for ten days in Geneva. They reached out to Britain and betrayed the blood of their comrades who had shed their blood in fighting against Britain and today, you, Aidarus, will repeat the treachery again until you obtain “the restoration of the State of the South”! Let the people of the south see who is your ally?! It is the criminal Britain and its agents, Emirates rulers, those who betrayed Allah, His Messenger and the believers, and extended the hand of peace to those who defile Al-Aqsa Mosque…

British colonialism departed from South Yemen in 1967 and left its tails (i.e. agents) and handed over the ruling to them, and are still preserving it to this day in order to keep southern Yemen in its grip, moving it as it wished, in deciding the fate of people and speaking in their name falsely. For Yemen, like the other Muslim countries, has been plagued by foolish men who speak about the common people, attesting to the Prophet’s (saw) hadith:

The covenant of men is a covenant like the covenant of the Ansar to the Messenger of Allah (saw) in the second pledge of Aqaba to establish a state that changed the face of the world, and put it under its leadership for more than a thousand years, and it is not a shameless covenant to a return with loss again to establish a monster among dozens of mutants, so that perhaps it will succeed this time. Southern Yemen is part of Yemen, and Yemen is part of the Islamic countries, and the solution to what Yemen is suffering today is not to divide it, but to revive the Islamic Ummah from its sleep by establishing the Khilafah (Caliphate), whose position among the nations of the world is known. The people of Yemen do not want the likes of you, Abdrabbuh and Al Houthi, for you have filled our lives with killing, suffering and starvation. Is not there someone in Yemen silencing the likes of these forever by giving support to Hizb ut Tahrir to establish the Khilafah State upon the methodology of the Prophethood, with credence to Allah‘s saying:

“Verily, We will indeed make victorious Our Messengers and those who believe (in the Oneness of Allah – Islamic Monotheism) in this world’s life and on the Day when the witnesses will stand forth, (i.e. Day of Resurrection)” [TMQ 40:51] and the saying of his Messenger (saw):

«ثُمَّ تَكُونُ خِلَافَةٌ عَلَى مِنْهَاجِ النُّبُوَّةِ» “Then a Khilafah “Caliphate” on the way of Prophethood will prevail.”