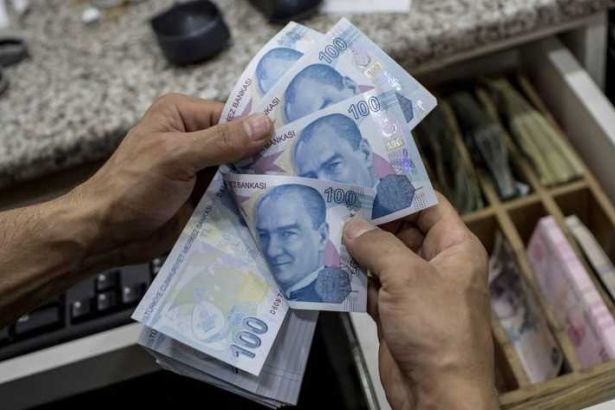 Turkish President, Tayyip Erdogan, has dismissed concerns over the tumbling lira, calling on Turks to “have no worries”, after the currency hit record lows in recent weeks on the back of a widening rift with the United States.

Speaking to supporters in the Black Sea province of Rize, Erdogan brushed off concerns over the currency as campaigns against Turkey.

“There are various campaigns being carried out. Don’t heed them,” Erdogan said.

“Don’t forget, if they have their dollars, we have our people, our God. We are working hard. Look at what we were 16 years ago and look at us now,” he said. (Source: Reuters)

Yes, we have God and there is no God but Allah and no other Deen accepted except Islam. Islam is the only and complete way of life. ٱلۡيَوۡمَ أَكۡمَلۡتُ لَكُمۡ دِينَكُمۡ وَأَتۡمَمۡتُ عَلَيۡكُمۡ نِعۡمَتِى وَرَضِيتُ لَكُمُ ٱلۡإِسۡلَـٰمَ دِينً۬ا‌ “This day I have perfected for you your religion and completed My favour upon you and have approved for you Islam as religion.” [Al-Ma’idah 5:3]

Allah, the Merciful, revealed Islam to the believers as the religion; the system that brings the light to the life of all mankind through His messenger. As oppose to the disbelievers who take taghut as their ally and solution for their problem in life. ٱللَّهُ وَلِىُّ ٱلَّذِينَ ءَامَنُواْ يُخۡرِجُهُم مِّنَ ٱلظُّلُمَـٰتِ إِلَى ٱلنُّورِ وَٱلَّذِينَ كَفَرُوٓاْ أَوۡلِيَآؤُهُمُ ٱلطَّـٰغُوتُ يُخۡرِجُونَهُم مِّنَ ٱلنُّورِ إِلَى ٱلظُّلُمَـٰتِ أُوْلَـٰٓٮِٕكَ أَصۡحَـٰبُ ٱلنَّارِ هُمۡ فِيہَا خَـٰلِدُونَ “Allah is the ally of those who believe. He brings them out from darknesses into the light. And those who disbelieve – their allies are Taghut. They take them out of the light into darknesses. Those are the companions of the Fire; they will abide eternally therein.” [Al-Baqarah 2:257]

Despite all the political, economical and social problems, Erdogan still distances himself from taking Islam as the solution for the problem. Instead, he continues taking the capitalist secular system to solve its economy problem, and at the same time asking Russia as a friend to help.

Selling dollar and gold with the assumption that the value of Lira will increase merely just a workaround, and a proof that the Turkish economic system and the leader mentality is chained by the capitalist system or idea. What happens if the campaign continues when U.S and its allies work together to block the Turkish economy like Qatar? Will the system currently used help Turkey to sustain? Will the “friend” like Russia protect Turkey? In fact the gold itself is the last safety net for any country during the economy crisis.

Taking the enemy like Russia who kill Muslims in Syria as partners to balance the power internationally makes Russia even stronger in the region but will never be the advantage to the Muslims. Russia just takes advantage of the weakening Turkey. Similar as how Europe did not recognise Turkey as part of them or discriminate Muslims in Europe because of their hatred in Islam.

Nothing more should worry Muslims in Turkey when the leader solves the country problems by relying on the weak system and begs the enemy for help. The kuffar who hate Islam,  like Europe, the U.S or Russia will find whatever means economically or politically to stop the ideology of Islam from being spread or to be implemented as whole to the entire world. They work together to separate the Muslim countries and try to reduce the power of the Muslims as much as they could. The capitalist system is even worse, being used as a tools to control, manipulate, threaten countries all over the world.

You know that all of these problems happened  after the collapse of Khilafah. The entity that implements Islam and protects the state in the past. Turkey still remains strong until now because of the momentum effect of the system implemented 1400 years ago. Muslims in Turkey like other Muslims in the world are strong just because of Islam. Turkey should remember the legendary Sultan Abdul Hamid II or Sultan Sulaiman Al Qanuni who implemented Islam in life, protected every inch of Muslim land from Kuffar. The light of Islam can be seen in the Individual, Society and in the State. No other system is comparable or can compete to that. Capitalists made Turkey weak. Democratic republic secular ruling systems ignore the Shariah law, authorising the autocratic rulers to create their own laws and protect the interest of Kuffar and the leaders.

The world needs a strong Sultan who implements Islam completely as system in our life.

The world needs a brave Sultan who can help Muslims in the Blessed Land (Palestine), Syria, Myanmar, China, Kashmir,

The world needs a Sultan who can protect the dignity of Muslims all over the world.

The world needs a Sultan who can liberate it from secular ideas and system.

Support Allah and Allah will support us.

“O you who have believed, if you support Allah, He will support you and plant firmly your feet.” [Muhammad 47:7]