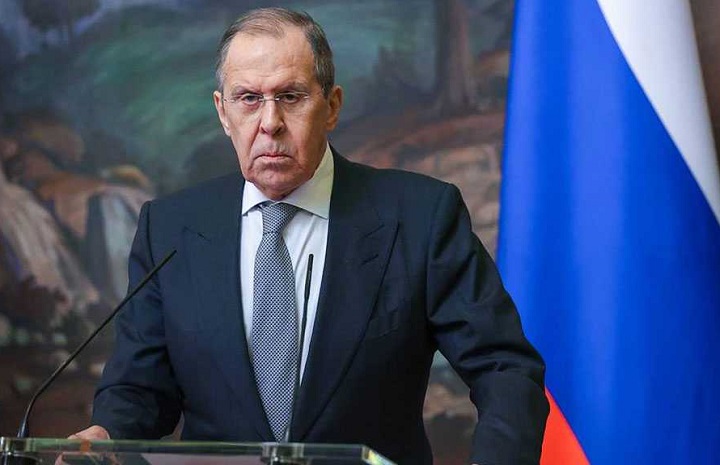 While the world was closely following the latest developments in the Russian-Ukrainian war, a remarkable statement came from the Russian Foreign Minister Sergey Lavrov. Lavrov said, “A Third World War would be nuclear and destructive”. He stated that they will not allow Ukraine to have nuclear weapons. (03.03.2022 Sabah)

Comment:
As it is known, colonial infidel Western countries, the US being in the first place, sent military equipments to Ukraine and gave the message that they were on the side of Ukraine against Russia. It provoked Russia to attack Ukraine by saying that it would make Ukraine a NATO member. After throwing Ukraine into the Russian fire, instead of putting out the big fire with firefighters, it tried to extinguish it with a fire extinguisher. In short, it watched the fire from afar. Instead of directly intervening in the fire, it went around the fire with measures that did not extinguish the fire, such as condemnation and sanctions, in order not to attract the reaction of the world public opinion. Realizing that it was the fuel on the fire, Ukrainian President Volodymyr Zelensky said, “We were left alone. No one wants to fight for us,”. He almost reproached the West with his statement.

On the other hand, the US, which deceived Russia and dragged it into the Ukrainian swamp, frightened the American and world public opinion with frightening and scary concepts such as the Third World War in order not to intervene in the war. In fact, it gave before the war the green light or deceived Russia with its statements such as “The World War will break out”. Similar statements came from Russia.

The Ukrainian war exposed the hypocrisy of the West. The West, which thinks in terms of interests, not in terms of humanity, acts in the direction where its interests predominate. It cannot impose full sanctions because its economic relations with Russia preponderate. It cannot get involved in the war, because then all its interests will be destroyed. The situation is not much different from the perspective of America. Even though the scales of interest led to the death of thousands of people, it outweighed the scales of humanity. The US provoked Russia to attack Ukraine in order to lure Russia into the swamp, to get hegemony over the European countries, and especially to keep NATO, which is said to have been “brain dead”, alive. There is no concept of human value in the West’s memory. There is only one value: utilitarianism. It evaluates everything on the basis of utilitarianism. Whichever pan of the scale of interest outweighs, it moves in that direction.

On the other hand, today (March 3, 2022) is the 101st anniversary of the collapse of the Islamic State Khilafah (Caliphate) State, which does not look at events from the perspective of utilitarianism and has a human value in its literature. Even the Ukrainian war reveals that the humanity really needs the Khilafah. The Khilafah has enshrined in the hearts of societies all over the world as the protector of the oppressed and the defender of right and justice. For example, the Jews who escaped from the executioners of the Inquisition in the “Middle Ages” sought refuge from the Ottomans. One of the victims of the Charles V persecution in Europe, the mother of France’s king Francis I, sent a letter to Suleiman the Magnificent and asked for help, upon which Suleiman the Magnificent said, “Release Francis immediately, or you will hear the footsteps of my mujahideen’s horses in the streets of Berlin.” He ensured the release of Francis I with his edict. There are many more of such examples.

Therefore, instead of being oppressed, taking refuge in other countries, and begging for help at the doors of the UN, the US and European countries in difficult times, Muslims have to establish the Khilafah State again to be the protector and shelter of the oppressed, and the first door to knock on in difficult times. Because the Khilafah upon the method of Prophethood will be the voice and protector of the weak and defenseless, Muslim and non-Muslim, and the nightmare of the infidel tyrants.

“Verily, the Imam (Caliph) is the shield, behind whom you fight and protect yourself with.” (Muslim)