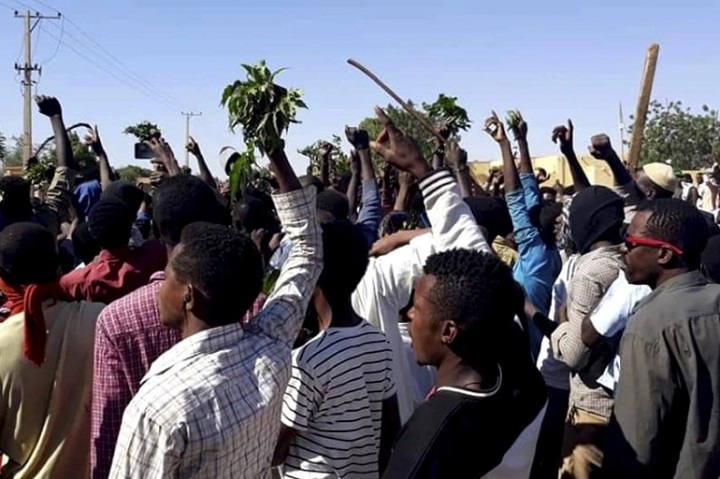 The government justified this catastrophic step on the people’s livelihoods by saying that it was “to establish a structure that enables state institutions and the private sector to deal with international financial institutions” (Tag Press). Finance Minister Jibril Ibrahim revealed in his interview with Al-Hadath and Al-Arabiya channels on Saturday 22/5/2021 on the government’s receipt of new demands (directives) to lift subsidies on other commodities, who said: “We are not ready at the present time to lift subsidies on cooking gas and bread.” He said: “We agreed with them that this measure would come at a later time.” (An-Nilain website).

We in Hizb ut Tahrir / Wilayah of Sudan state the following facts:

First: These rulers, both military and civilians, are merely employees of the colonial kafir West, carrying out its instructions and orders with complete submission. Aisha Musa, member of the Sovereignty Council revealed this matter in her resignation, when she said, “I do not want to participate in a state run by a hidden power” (RT Channel 22/5/2021). These rulers do not honour any covenant or kinship with the people of the country and all they are concerned with is pleasing the international financial (usurious) institutions; the arm of the capitalist companies seeking to lay their hands on the country’s resources and capabilities, under the banner of ‘investment’, and the suspicious Paris Conference isn’t far (example) from us!!

Second: Those politicians who are employed do not feel the miserable living conditions of the people, the grinding high prices, the extreme poverty, the queues to obtain basic necessities, the suffering, the hardship of living, the lack of medicine and transportation, the high cost of transportation that broke people’s backs, and the difficulty of spending on education. Life became an unbearable hell, and people were filled with pain, misery, hardship and frustration, due to the country’s dependence on the colonial kuffar and their usurious institutions.

Third: Just as the Minister of Finance promised people in his interview with Al-Hadath and Al-Arabiya channels that the lifting of subsidies on bread and cooking gas will come “at a later time.” These agents are continuing to create a darker, suffering filled miserable future after this bleak present they founded, so do not expect any good from them.

O our People in Sudan:

Your attempt to bring change has been stolen by the embassies of the colonial kaffir West, that reproduced the capitalist system itself, which is implemented by agents who do not hide that they receive instructions from their masters, rush to create poverty, and kill more poor people, in order to come in between you and your country’s resources, and present it on a golden plate to the companies of their transcontinental masters.

And there will be no real change except by the movement of the sincere people of power and protection, whose loyalty is to the great Islam, and not to the Capitalist system and the agents who implement it. Those who are loyal to the Ummah will return to the Ummah its usurped dominion, so the Khilafah (Caliphate) will be established, and the pure and pristine Islam will come to power. The sublime rulings of Islam are enough to reset the compass of life, so that people will distinguish the enemy from the ally and they will build their renaissance on the basis of their ideology with their capabilities and wealth, led by the sincere politicians of the Ummah, O Muslims, work for that with the workers.

“O you who have believed, respond to Allah and to the Messenger when he calls you to that which gives you life. And Know that Allah intervenes between a man and his heart and that to Him you will be gathered.” [Al-Anfal: 24]